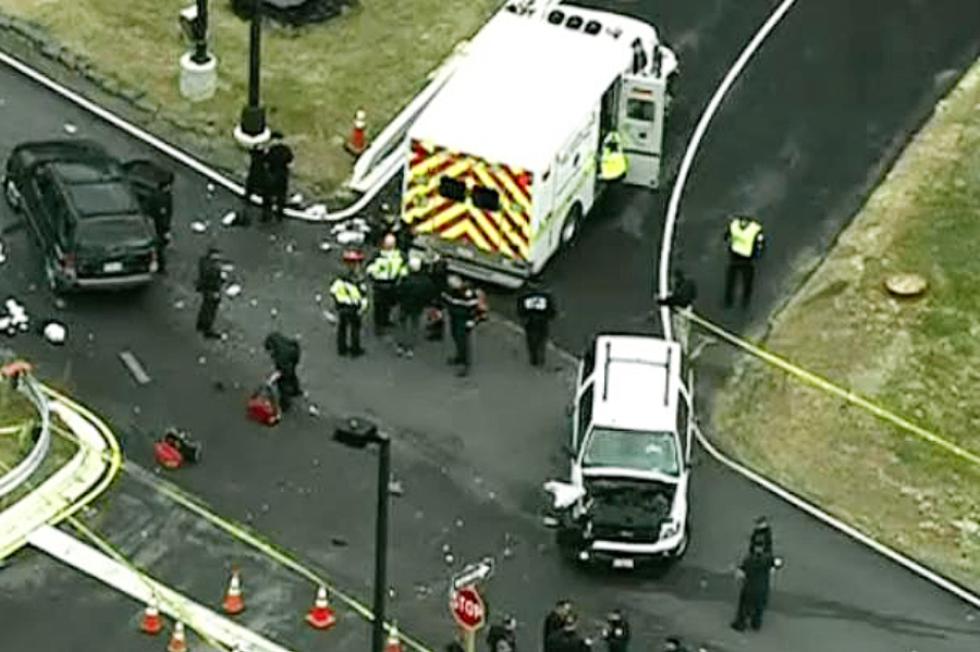 In this image made from video and released by WJLA-TV, authorities investigate the scene of a accident near a gate to Fort Meade, Md., on Monday, March 30, 2015. A spokesman at Fort Meade says two people are being treated for injuries at one of the gates of the sprawling Army installation near Baltimore. (AP Photo/WJLA-TV) MANDATORY CREDIT