Virtual Reality Not There Yet

Home » Upper Valley Business News » Virtual Reality Not There Yet 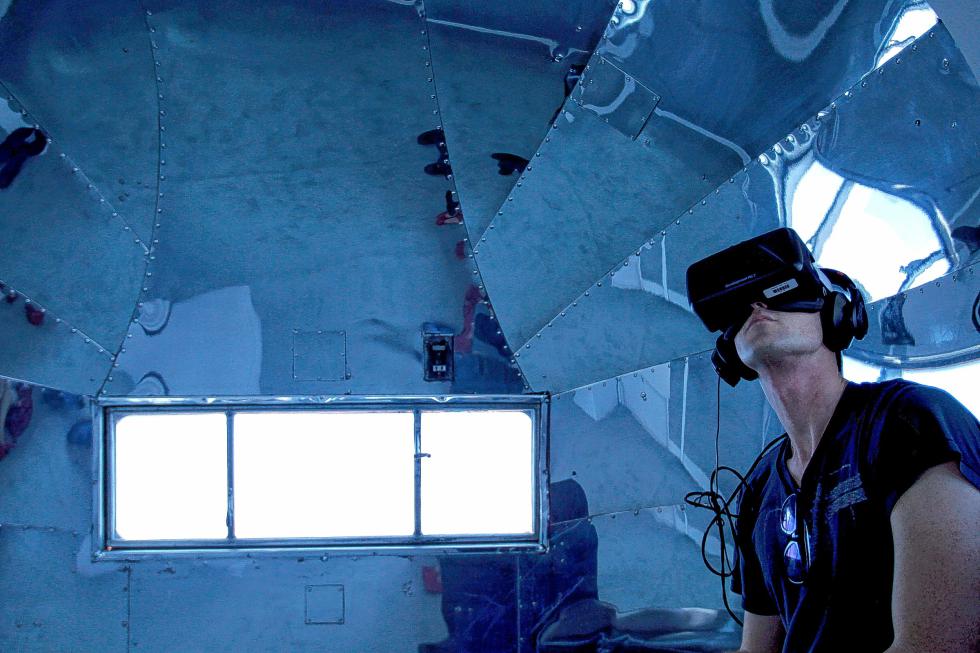 If you believe the folks at Facebook, virtual reality is about to become the next big thing.

The technology has progressed enough to start to blur the lines between what’s virtual and what’s real. Virtual reality will only get better, Facebook officials said, thanks to ever-improving processors, interest from big companies and, of course, Facebook’s own investment last year in Oculus, the developer of a much-talked-about virtual reality headset.

“Sooner or later you will want to be a part of it,” Michael Abrash, chief scientist at Oculus, said in a keynote address recently at the company’s annual developer conference in San Francisco.

But even someone as optimistic about virtual reality as Abrash acknowledges that there are still a lot of pesky details to figure out.

Abrash and his company’s enthusiasm aside, it’s those niggling details that will determine whether virtual reality will ever become a widely used, mainstream technology — and based on what I’ve seen so far, I have serious doubts that will happen.

After testing the latest demo version of Facebook’s Oculus headset in January at the Consumer Electronics Show, I can tell you that the experience it delivers is good enough to trick the brain into believing the virtual is real.

In my demo, I stood on the ledge of a virtual building and almost got vertigo. And I had to stop myself from flinching as virtual bullets were fired in my direction. The images looked real and the system was able to display them without any nausea-inducing lag.

A demo shown during the keynote speeches indicated that the virtual experience Oculus can deliver is only improving. It showed a small spaceship launching from a larger ship from the perspective of the pilot. As the virtual pilot, a user could look up or down, left or right to see the different controls in the cockpit or the virtual environment outside.

In the near future, Facebook plans to incorporate into its home page the ability to display videos that give viewers a 360-degree view of a scene; as a video is rolling, viewers will be able to pan left or right to see what’s around them. Farther out, the company wants to give users the ability to share moments — such as a child’s first bike ride — with friends and family in a format that makes them feel as if they were there.

But the company has a long way to go before it can truly offer those kinds of experiences. And it has a whole host of obstacles to overcome.

Some are practical. Facebook has yet to say when it will actually start selling the Oculus Rift headset to consumers, how much it will cost, exactly what equipment consumers will need to be able to use it and what they’ll be able to do with it.

Meanwhile, some of the answers Facebook and Oculus have already provided are likely to limit demand for it. Consumers will be able to use it only in conjunction with a gaming PC or other computer with a high-end graphics processor. So, if you were hoping to play an Xbox or PlayStation game on it, you’re out of luck.

The cost of the high-end computer and the Oculus headset together will be at least $1,000, putting it out of the price range of many consumers. And at least at first, the Oculus device will be connected by wire to the PC, limiting where and how people will be able to use it.

There are other problems. Right now, you can’t touch or smell or taste anything in the virtual environments that Oculus creates. It also lacks the ability to sense or display what users are doing with their hands or bodies. As good as the visual effects are in Oculus, those shortcomings can break the illusion it creates.

Even Facebook’s new spherical videos aren’t a sure thing. While they looked cool, few consumers have the cameras that can be used to create them, and few commercial videos have been shot using them.

More broadly, it’s not clear outside of gaming how much time people will want to spend in virtual worlds, no matter how realistic they may seem, particularly if they have to wear a bulky, expensive, tethered headset.

As much as Facebook might envision Oculus as a social networking tool, headsets by their nature serve as barriers between users and the real world around them. I’m not sure why someone would want to wear a headset to virtually watch a movie with friends, something Facebook is touting, when they could watch the same movie in real life with their friends right beside them on the couch or in the theater.

So while virtual reality has come a long way and Oculus is definitely impressive, I’m not convinced it truly is the next big thing.