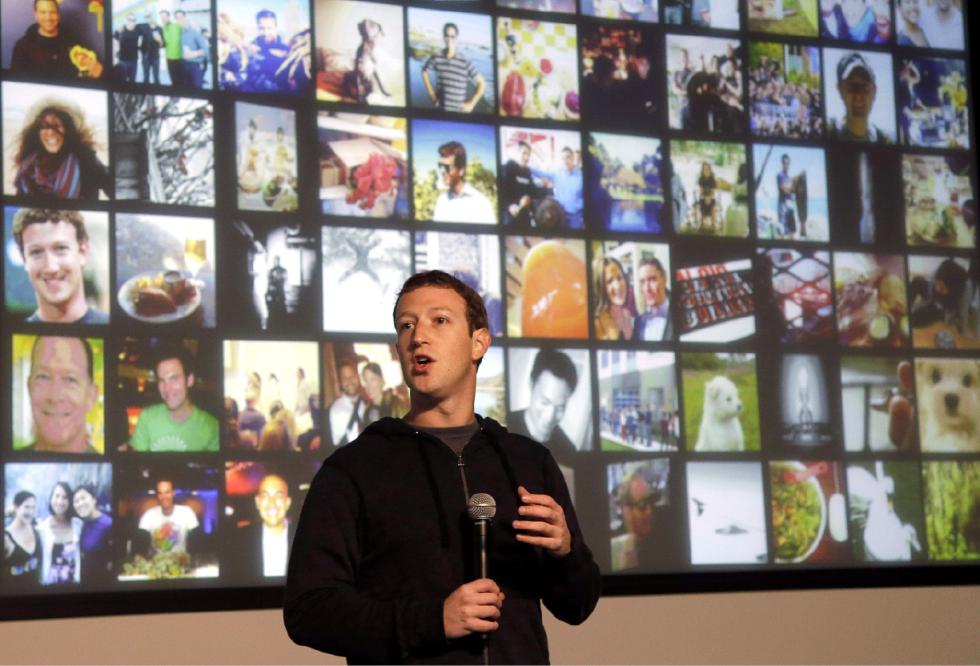 FILE - In this Tuesday, Jan. 15, 2013, file photo, Facebook CEO Mark Zuckerberg speaks at Facebook headquarters in Menlo Park, Calif. Facebook remains the most used social media site among American teens ages 13 to 17, according to a new study from the Pew Research Center. And, surprisingly, boys visit the site more often than girls. Aided hugely by smartphones and other mobile devices, 71 percent of teens surveyed said they use Facebook, with the same percentage saying they use more than one social network of seven options they were asked about. (AP Photo/Jeff Chiu, File)

Pittsburgh — Amazon wants to use them to deliver orders. One hovered over a Pittsburgh Pirates baseball game last summer. And earlier this year, one crashed onto the White House lawn.

Drones are not everywhere yet, but once the Federal Aviation Administration fine-tunes the rules for commercial drone use, thousands of companies could receive licenses to do business via unmanned aircraft.

Using a drone for business purposes poses a host of potential legal issues, with privacy concerns at the top of the list, according to attorney Doug Wood. He recently co-authored a white paper titled, Crowded Skies, which explores the legal implications for companies using drones in the course of doing business.

The FAA’s draft rules, released in February, are now subject to a public comment period that ends April 24, according to agency spokesman Jim Peters. Under the proposed rules, commercial drones under 55 pounds would have to be registered with the FAA, and operators would have to pass a written proficiency test and pay a fee.

Commercial users would not have to be licensed pilots, but would only be allowed to fly the drones during daylight hours if the draft rules are adopted as written.

The FAA began allowing drones in the country’s airspace in 1990, but with restrictions on commercial use. Companies must obtain what’s known as a Section 333 “special airworthiness certificate” to receive an exemption that allows limited commercial applications.

Wood said the most prevalent users of drones for commercial purposes at present are motion picture studios.

But for new changes proposed in February, known as Part 107, it’s expected to take much longer before the rules are official. In the meantime, last month the FAA said it would issue waivers to companies that already have the exemption allowing them to operate drones for commercial purposes for flights at or below 200 feet, according to Peters.

Wood pointed out that since so many drones are so quiet, the aircraft could be directly overhead before it’s detected by people on the ground, which is why the privacy issue is usually the first one to consider.

And if a movie producer uses a drone for filming, what responsibility does he or she have to avoid encroaching on private property or filming someone who doesn’t want to appear on camera?

Would trespassing rules apply, or could a drone flying overhead be considered an invasion of privacy? Or, if a company wants to use drones to capture security camera footage, what should the limitations be on how that footage can be used?

There also are considerations for liability. For instance, what steps does a commercial drone user have to take to be sure its aircraft doesn’t crash and injure someone? What level of insurance, if any, should a drone user carry?

While the FAA continues to work on its rules, drone technology is outpacing the regulations. According to a report last month in The Guardian, Amazon is testing its drone delivery services in Canada, apparently frustrated by the slow pace of the U.S. government’s action.

While the laws surrounding drone use lag behind the technology, Wood said commercial operators who don’t consider the potential legal risks before launching their drones do so at their peril.