Wheels: The Marketing Pitch Has Swagger 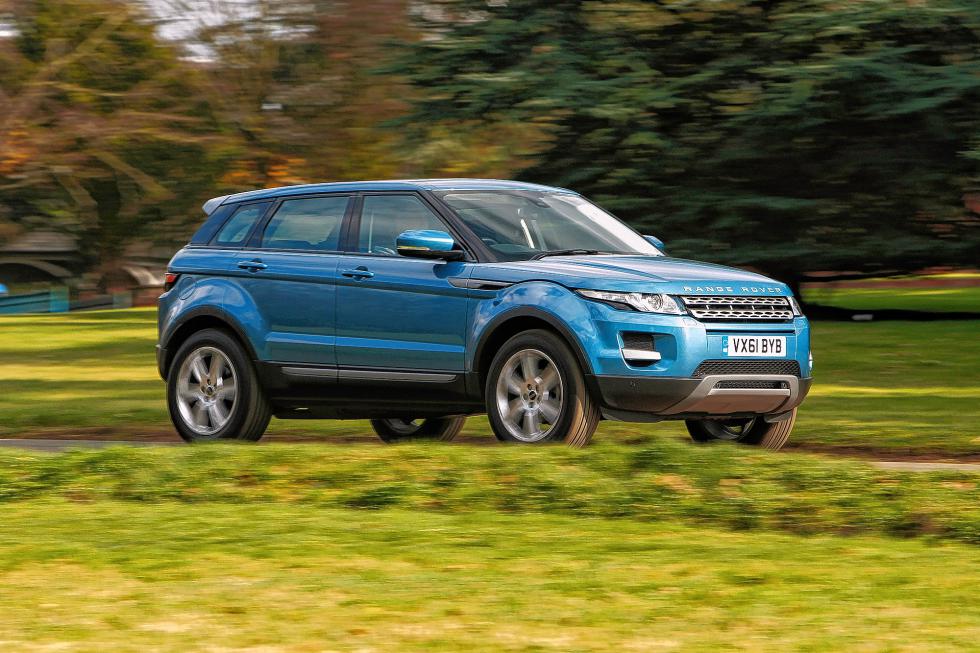 This column is about the 2015 Land Rover Range Rover Evoque sport-utility vehicle. But the annoyance of two General Motors television commercials — one for Buick, the other for Cadillac — keeps grating on my nerves.

My mind can’t turn them off, and maybe that is the point of such advertising. You can’t jettison the message, albeit upsetting, from the creative precincts of your head.

Both GM spots ultimately are self-defeating for the company. They speak to a continued weakness in the GM mind-set, as opposed to any flaws in the company’s many laudable new products.

The weakness is confidence — a pronounced lack of it. Thus, we have a spot featuring Buicks that can’t be found by the actors in the portrayals because the cars that are the center of the commercials are just too appealing, too well made to possibly be Buicks. Then we have a Cadillac spot that urges us to be daring but dares not tell us anything meaningful about the Cadillac car briefly flashed on the screen.

You will find none of those befuddling, milquetoast marketing pitches for things Land Rover Range Rover, not even for the compact Evoque, arguably the least of the Range Rover line.

Why? Land Rover exudes confidence and makes no secret of its expectation that you will be willing to pay prettily for it, starting at $48,900 for the subject of this week’s column, the 2015 Range Rover Evoque Pure Premium.

Is the Evoque Pure Premium worth it? Yes and no. Put it this way: Confidence — swagger, if you will — is everything in automotive marketing. Land Rover Range Rover has swagger to spare, enough to lift its smallest member, the Evoque, to best-seller status.

After nearly 1,000 miles in the 2015 Evoque Pure Premium on a meandering East Coast journey, I was struck by the realization that I would have much preferred being in something such as a substantially more accommodating Buick Enclave crossover-utility vehicle, or maybe a Cadillac SRX wagon/crossover model.

But the Evoque trounces the Buick Enclave and Cadillac SRX in prestige, what Cadillac chief executive Johan de Nysschen recently described to me as “class.” Put another way, in my many miles behind the wheel of the Evoque, no one looked at it and asked, “Is that really a Land Rover Range Rover?” Instead, I lost count of people who proclaimed, in paraphrase here: “Wow! What a great-looking little Land Rover! I like that one. It’s pretty, it’s hip. Can you take that one off-road, too?’

Yes, you can take the Evoque off-road, more so than you can either the Buick Enclave or Cadillac SRX. The Evoque, in fact, does exceptionally well in the rough. But although it fits nicely, easily into tight urban parking spaces, it will rough you up on potholed streets in places such as Baltimore and New York City. The Evoque has a four-wheel independent suspension with front and rear stabilizer bars, good stuff for traversing rocks and mud but apparently not up to snuff when dealing with snow-and-ice-ravaged ridges.

The problem is the Evoque’s rear cabin. It is cramped back there, much more so than the rear cabin of the Cadillac SRX. You feel the flaws of compromised pavement in that tight space. The only “person” in my family willing to sit back there for the entire space was the four-legged member of our family, our chocolate Labrador, Rosa Parks Brown.

Yeah, we laughed at the irony, too.

The Evoque’s rear window is tiny. But the Pure Premium edition comes loaded with all the latest advanced electronic safety equipment, including blind-side monitoring. On good roads, the Evoque is a joy to drive. It also is relatively fuel-efficient, returning 30 miles per gallon in highway mileage from a 2-liter four-cylinder gasoline engine linked to a nine-speed automatic transmission. You are “recommended” to use premium fuel in this all-wheel-drive compact SUV for “best performance.”