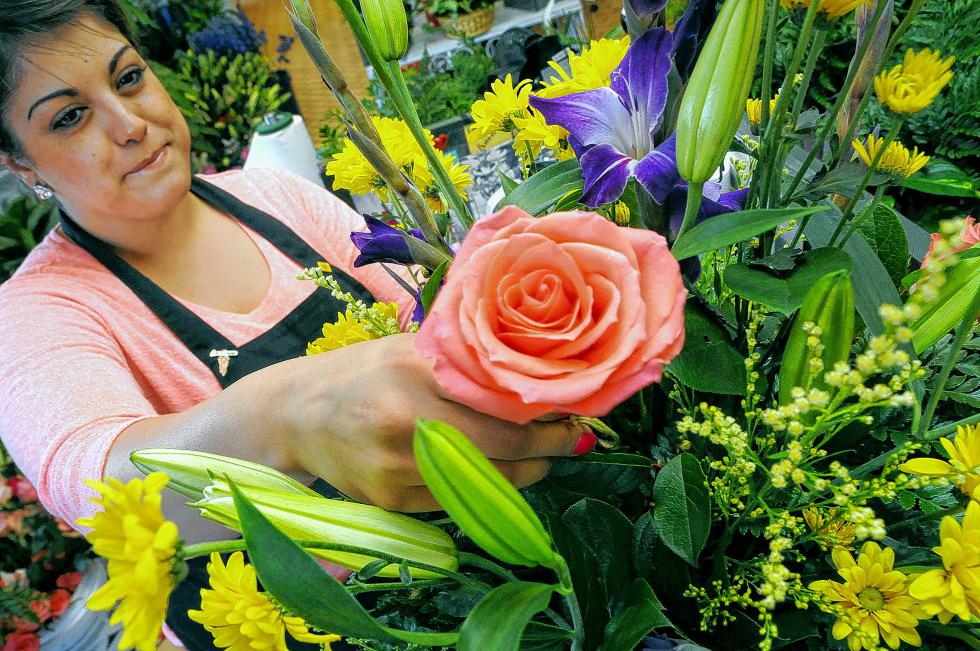 New York — You don’t write, you don’t call. The least you can do is buy your mom flowers for Mother’s Day.

OK, Mr. Original. Did you know that more flowers are sold on Mother’s Day than on Valentine’s Day? This year U.S. florists expect record sales. Tells you something about how much children love their mothers.

Or how guilty they feel about not writing or calling.

Doesn’t matter the reason. More than two-thirds of celebrants will buy mom flowers for the holiday, according to the National Retail Federation. The only gifts that are more popular are greeting cards. Retailers call those “gifts,” but they aren’t fooling anyone.

“This time of year, everything goes,” Kromidas said as he cut roses on Wednesday at his midtown Manhattan store. “Every mom has a favorite flower. The best sellers are peonies and lilacs this year. Orchids are also popular, and that’s something that’s come to the market in the past five years.”

Americans, loving and/or guilt-ridden, will spend about $3.9 billion on fresh-cut and potted indoor flowers for the holiday, said Tom Prince, the president of Columbus, Ohio-based Prince & Prince Inc., which has been tracking the market for more than two decades. That’s the highest since at least 1996 and compares with $3.6 billion in 2013, the last year the firm ran the survey.

“Spending for Mother’s Day has been bumping lower and higher for the past few years, but has recovered a bit since falling after the recession in 2008,” he said. “Floral spending is highly discretionary.”

This year, prices for popular bouquets “have essentially remained the same” compared with 2014, Amy Toosley, director of public relations for Downers Grove, Ill.-based FTD Cos. Inc., which includes Proflowers, said in an email.

For Mother’s Day, Americans on average will spend $172.63 on flowers, jewelry and other gifts, including greeting cards, the Washington-based National Retail Federation estimates. That’s almost $10 more than last year.

Whether you pick a carnation or a hydrangea, mom’s present will probably come from California, Ecuador or Colombia, the top foreign supplier of flowers to the U.S. The bloom industry has turned the Bogota airport into the Latin America’s “foremost air-cargo handler,” with 200,000 metric tons in annual airfreight, the U.S. Department of Agriculture said in a February report. The nation’s exports in 2015 will climb about 5 percent from last year’s record, according to the Association of Colombian Flower Exporters, or Asocolflores.

“Colombia is sort of the floral supermarket of the world,” Augusto Solano Mejia, president of Asocolflores, said in a telephone interview from Bogota.

For Marta Cecilia Diaz, the commercial director at flower grower Flores El Capiro in Colombia’s central Andes’ Valle de San Nicolas region, rising demand from the United States has spurred her company to double its planted area in five years to about 183 acres over five farms. The weeks leading up to Mother’s Day are among her busiest of the year, and she’s keeping her mobile phone handy at all times to ensure planes and coolers are available to fulfill shipping commitments.

“This year, demand has been so important” work ran through the weekends, Diaz said in a telephone interview. “This holiday is key for us and we must make sure that the flowers arrive on time, fresh and looking beautiful.”

Not that your mother would complain if they didn’t.