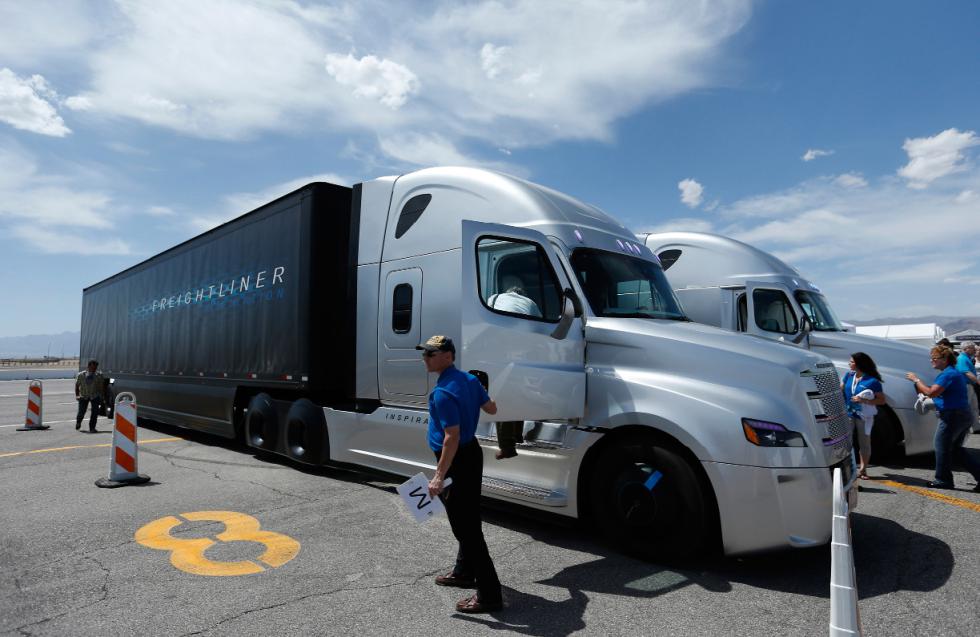 People load in to a Daimler Freightliner Inspiration self-driving truck for a demonstration Wednesday, May 6, 2015, in Las Vegas. Although much attention has been paid to autonomous vehicles being developed by Google and traditional car companies, Daimler believes that automated tractor-trailers will be rolling along highways before self-driving cars are cruising around the suburbs. (AP Photo/John Locher)