The Modernizing of a Classic

Home » Upper Valley Business News » The Modernizing of a Classic 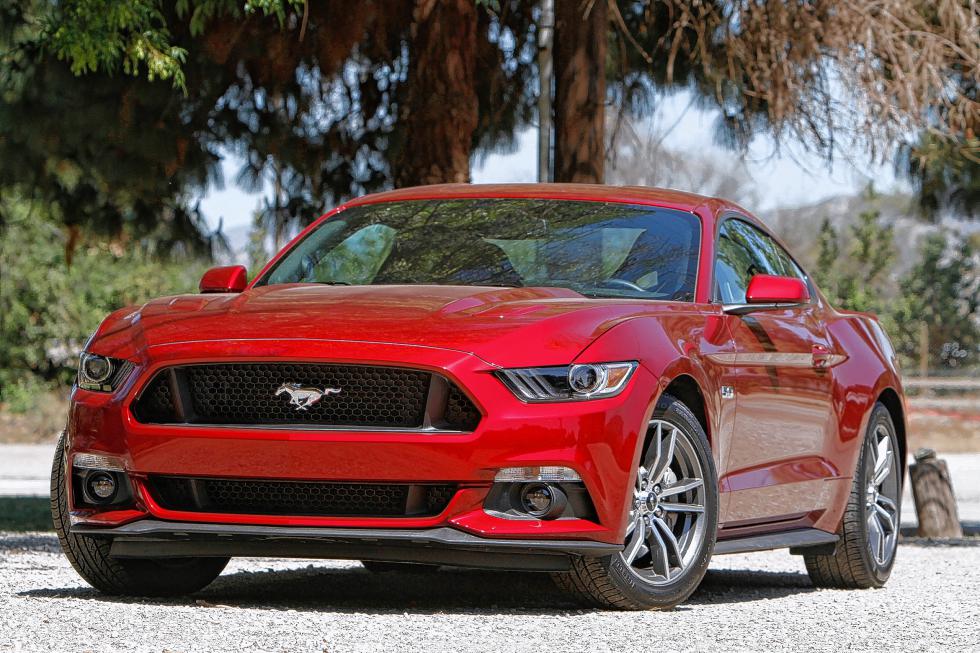 The 50th anniversary Ford Mustang GT is a fastback — and a throwback.

It’s an homage to Ford’s glory days, when gas was cheap and custom pony cars dueled at the drag strip with Corvettes, Camaros and GTOs.

But this is no history lesson. The new model is a thoroughly modern machine.

It handles well, in part because it’s the first Mustang to come standard with fully independent front and rear suspension.

The cornering is tight, confident and customizable: Among the Mustang’s many forward-looking features is an onboard app that will allow the driver to choose a variety of steering modes. Suddenly, a trip to the grocery store is a hot lap.

Or it could be a quarter mile, because the 2015 GT comes standard with a Line Lock, or burnout box. This feature electronically freezes the front brakes, for a full 15 seconds, while the rear wheels spin and smoke.

At the drag strip, that’s used for heating the tires to maximum traction just before blastoff.On the street, it’s used for irritating the neighbors and painting the asphalt black.

The GT also comes standard with a set of other Track Apps that make it possible, in addition to melting the tires, to clock a zero-to-60 pace, measure lap times and even rate the G-force in the middle of a tight apex.

None of that may interest the average driver. But a related feature will, especially if he’s driving the manual-transmission version I had. The Hill Start Assist will hold the car still on a steep incline, leaving the driver’s left foot free to work the clutch while ignoring the brake.

The GT drives restless. At 80 mph on the freeway, in fourth gear, it feels like an unbridled, uh, Mustang — ready to run.

The race-ready, wrap-around Recaro front seats are embracing, and they increase the sensation that you’re running the chicane at the racetrack even if you’re only running to the store.

The visceral experience of going through the gears comes with a full audio component, as well. Like its classic forebears, this car produces a sound designed to race the pulse of every red-blooded American auto fanatic.

But the manual transmission required way too much manual labor. I’ve driven stick shifts all my life, but I couldn’t manage to make this six-speed stop bolting every time I came off the line. Most drivers will probably prefer the automatic model.

Ford’s designers decided to stick with the classic lines of the previous generation, which closely mimicked the 1968 fastback. (They wisely didn’t look to the Mustang disasters of the 1970s for inspiration.) The 2015 has a more muscular build on top of the traditionally handsome scowl, furrowed brow and classic fastback slouch.

The GT comes standard with the V-8 engine for maximum thrust. But less-expensive models are also sold with a V-6 and an Ecoboost turbo four-cylinder. Ford says that version puts out 310 horsepower and 320 pound-feet of torque, while dropping 250 pounds off the front of the car.

But Mustang also sells a V-6, non-GT fastback for only $24,625. There is also a Premium GT fastback, which has a fancy sound system, and a GT Premium convertible, which doesn’t include the Line Lock. Those start at $37,125 and $42,625, respectively.

The Environmental Protection Agency puts the combined fuel economy of the GT at 19 miles per gallon. The way I drove the car — including some experimentation with the Line Lock — I got about half that.