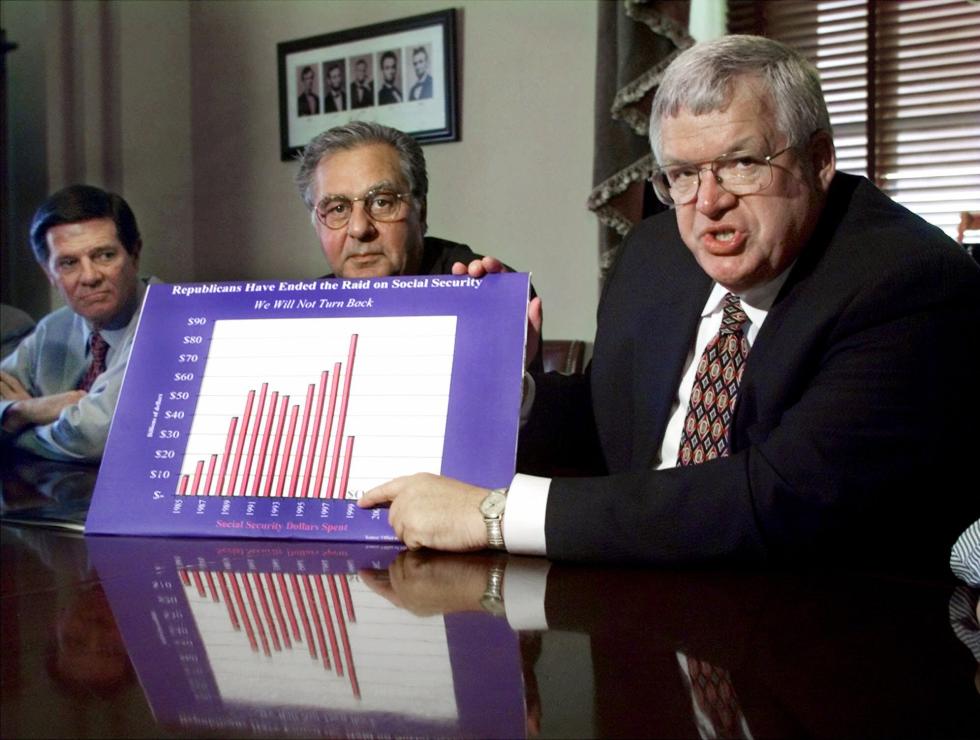 FILE – In this Oct. 12, 1999 file photo, Speaker of the House Dennis Hastert, R-Ill., right, holds a poster which reads “Republicans Have Ended the Raid on Social Security” during a press conference outlining the leaders’ plans for dealing with the U.S. budget surplus on Capitol Hill in Washington. From left are House Majority Whip Tom DeLay, R-Texas, and House Majority Leader Dick Armey, R-Texas. A newly unveiled indictment against Hastert released Thursday, May 28, 2015, accuses the Republican of agreeing to pay $3.5 million in hush money to keep a person from the town where he was a longtime schoolteacher silent about “prior misconduct.” (AP Photo/Khue Bui, File)