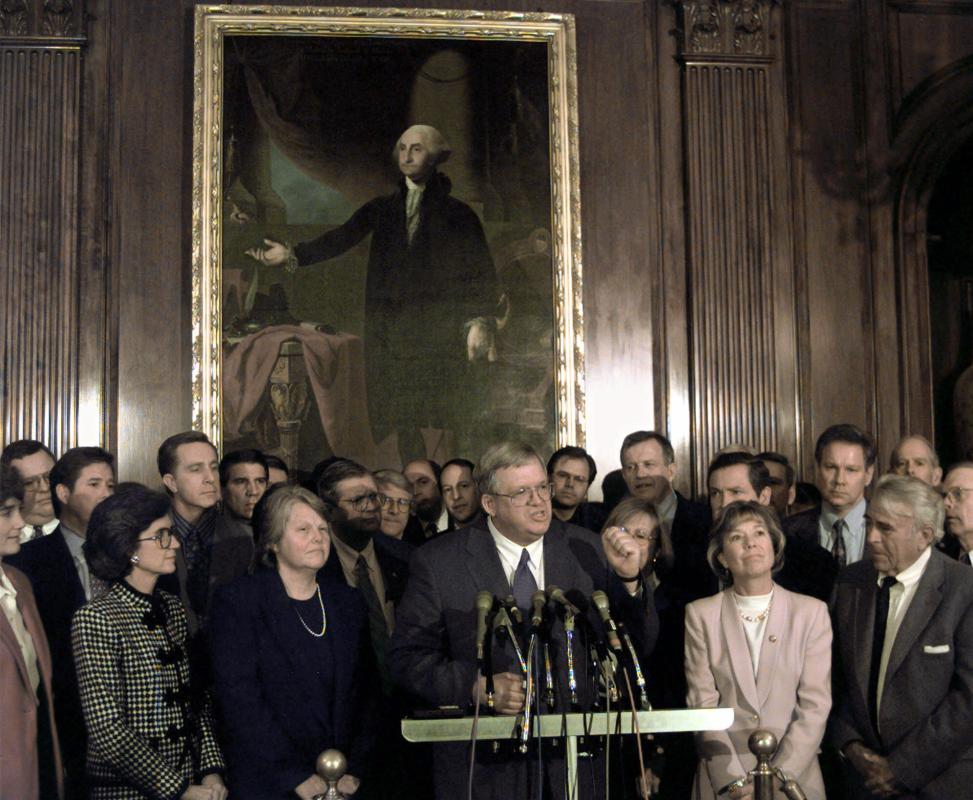 FILE – In this Jan. 5, 1999 file photo, under a portrait of George Washington, Rep. Dennis Hastert, R-Ill., accompanied by wife Jane, next to him left, and fellow Republicans, meets reporters on Capitol Hill after being nominated by House Republicans to become the next House speaker. A newly unveiled indictment against Hastert released Thursday, May 28, 2015, accuses the Republican of agreeing to pay $3.5 million in hush money to keep a person from the town where he was a longtime schoolteacher silent about “prior misconduct.” (AP Photo/Greg Gibson, File)