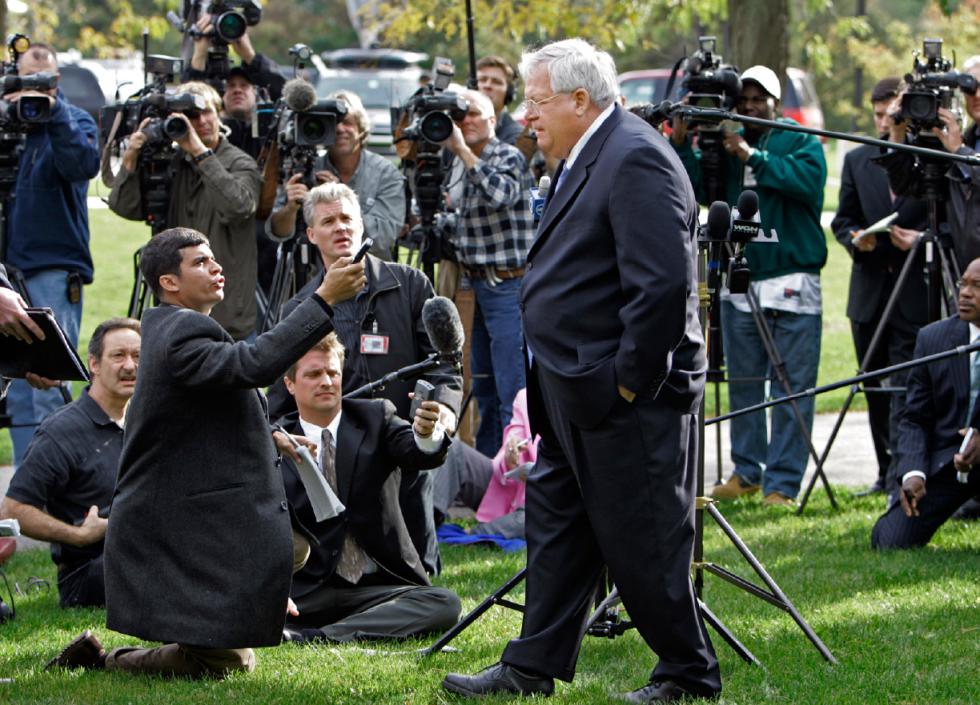 FILE – In this Oct. 10, 2006 file photo, House Speaker Dennis Hastert walks away from the media after answering questions in Aurora, Ill. Hastert said he’ll dismiss anyone on his staff found to have covered up concerns about ex-Rep. Mark Foley’s approaches to former pages. A newly unveiled indictment against Hastert released Thursday, May 28, 2015, accuses the Republican of agreeing to pay $3.5 million in hush money to keep a person from the town where he was a longtime schoolteacher silent about “prior misconduct.” (AP Photo/M. Spencer Green, File)