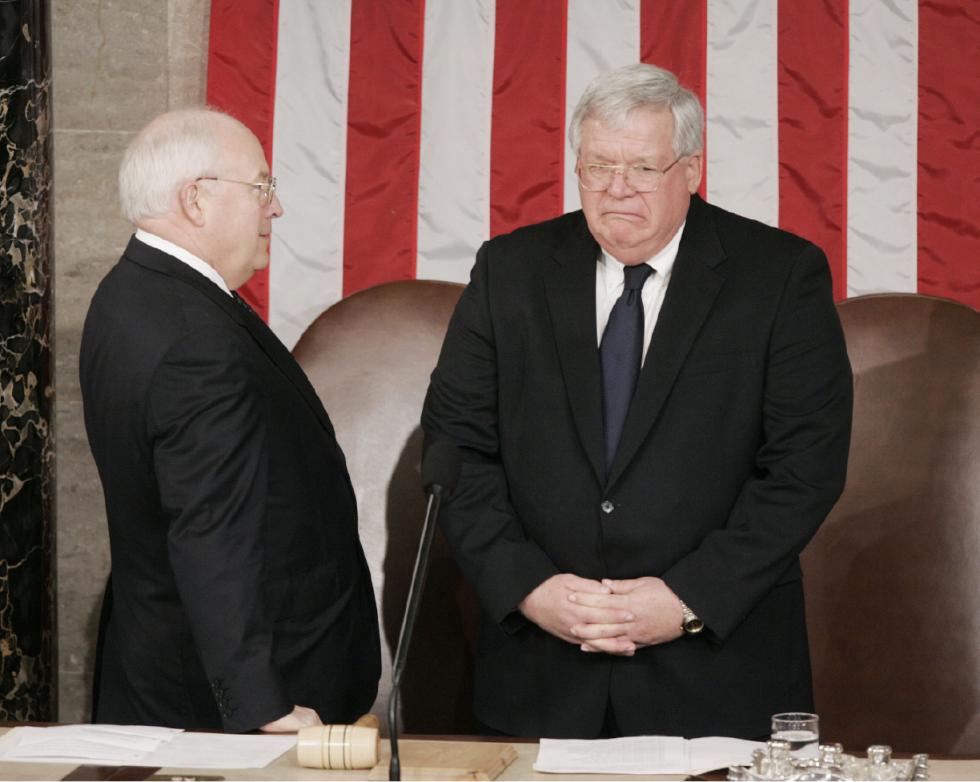 FILE – In this March 1, 2006 file photo, Vice President Dick Cheney, left, talks with Speaker of the House Dennis Hastert, R-Ill., right, as they wait for the arrival of Italian Prime Minister Silvio Berlusconi who will addresses Members of the 109th Joint Session of Congress of the United States on Capitol Hill in Washington. A newly unveiled indictment against Hastert released Thursday, May 28, 2015, accuses the Republican of agreeing to pay $3.5 million in hush money to keep a person from the town where he was a longtime schoolteacher silent about “prior misconduct.” (AP Photo/Pablo Martinez Monsivais, File)