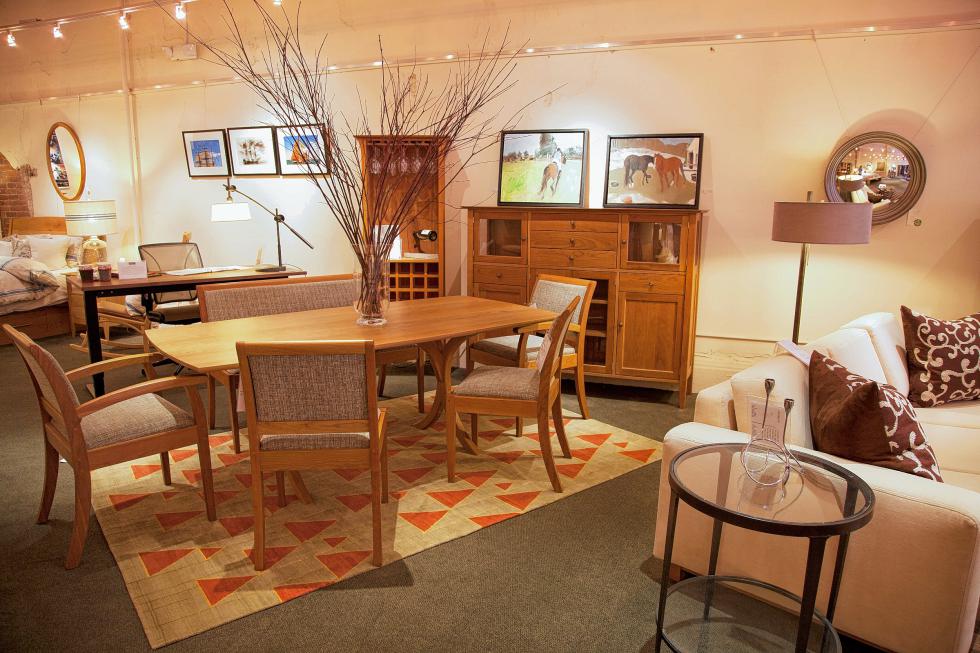 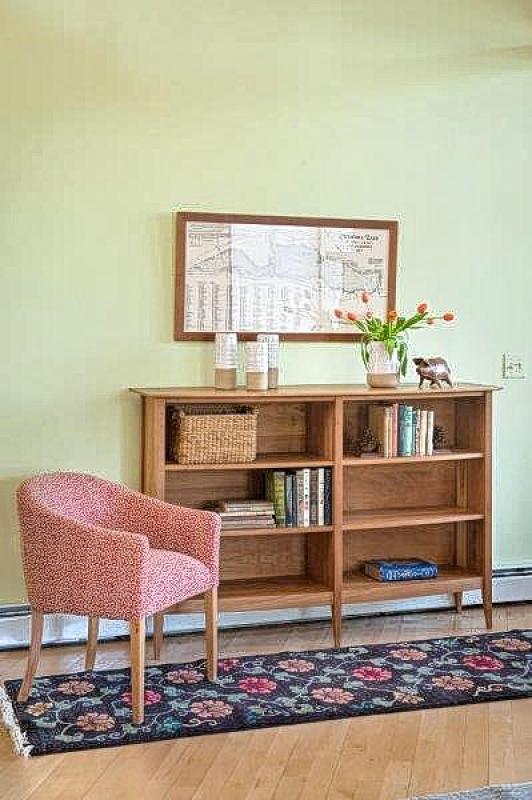 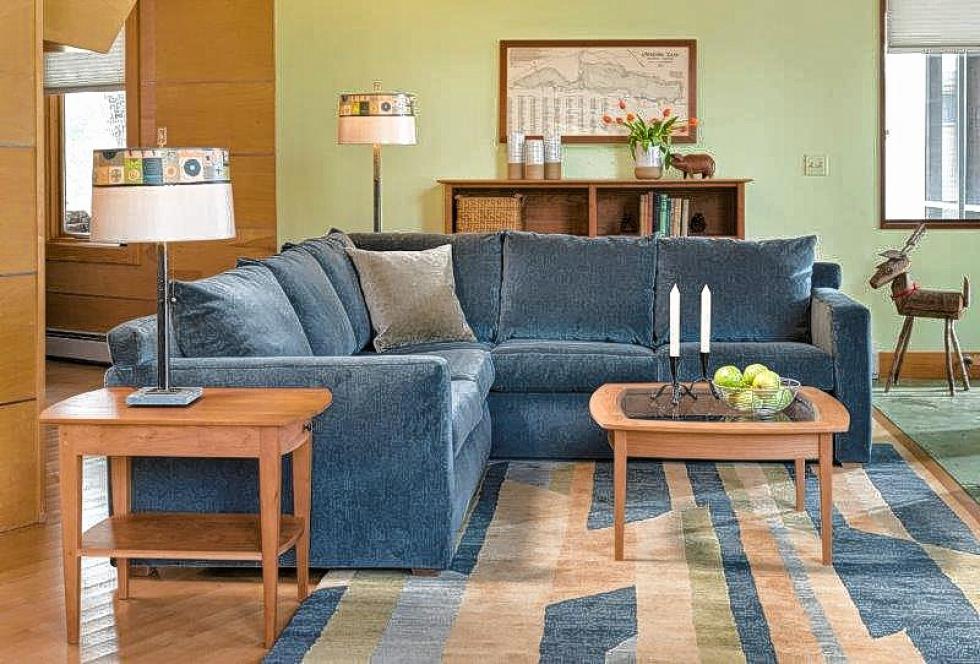 Hanover — Kesang Tashi, whose Khawachen store on Main Street in Hanover has been selling hand-woven Tibetan rugs, handbags and jewelery for 10 years, is closing shop and moving his business to Pompanoosuc Mills, where he is entering into a “cross marketing” venture with the East Thetford-based furniture maker.

“We are getting away from being a retail-oriented business and going back to our roots as a designer, producer and marketer of the best possible carpets from Tibet,” Tashi said.

Under the arrangement with Pompanoosuc Mills, Tashi’s InnerAsia Trading Co. will occupy space in the furniture company’s manufacturing plant along the Connecticut River where the rugs will be integrated as part of the furniture display in the showroom and eventually be rolled out to other Pompanoosuc Mills’ showrooms in Vermont, New Hampshire, Massachusetts and Connecticut.

The move is the latest shakeup among retail businesses in downtown Hanover, where in the past year seven storefronts have closed and two moved to new locations. New businesses to move into the town’s center mostly have been outlets for corporate chains such as Starbucks and Verizon , and the Burlington-based restaurant Skinny Pancake has been actively looking for a downtown space to move into although it has not yet announced a location.

Tashi said his company’s move is partly the result of declining sales for storefront retail businesses as people shift more of their purchasing online, but is also driven by the expanded exposure that his rugs will gain from prominent display in Pompanoosuc Mill’s showrooms and stores in the Northeast and Mid-A tlantic States.

“Our rugs are designed to compliment their furniture,” he said. Both InnerAsia and Pompanoosuc Mills, he said, are committed to traditional craftsmanship and cater to customers at the upper-middle end of the home furnishings market.

Khawachen has been sharing store space with Q uechee-based glassware designer Simon Pearce, which will take over Tashi’s side of the store when he vacates.

From their standpoint, Pompanoosuc Mills officials think their furniture and Tashi’s rugs go together like a comforter and a couch.

Tashi’s rugs “have a detail that is classic but also very contemporary and complements our furniture fantastically,” said Daniel Isaac, vice president of sales at Pompanoosuc Mills. He said the “price point” of Tashi’s rugs — which can cost several thousand dollars — i s comparable with Pompanoosuc Mills’ furniture, where bedframes run between $1,500 and $2,300 and dining tables average around $1,400.

The two home furnishing companies also target similar customers, Isaac said — generally couples between the ages of 40 and 65 for whom “the kids have usually left home and there is more disposable income, people looking for quality in their products but which are also usable.”

The idea for InnerAsia and Pompanoosuc Mills to jointly market their respective furnishings in the Pompanoosuc Mills showroom grew out of the furniture maker’s annual spring tent show, when it sells catalog items at a discount and also invites other Vermont craft furnishing companies to display their products. Isaac said Pompanoosuc Mills had been looking to bring in a rug maker into its showrooms but had been unable to find the right fit until it became more familiar with InnerAsia’s lines.

“We knew of them, but we had seen them as just a small shop and didn’t quite know they were a manufacturer and importer,” Isaac said. The response to InnerAsia’s rugs by customers during the tent sale was such that it persuaded Pompanoosuc to expand the relationship between the two companies, he said.

The move is the latest entrepreneurial turn for Tashi, whose family fled Tibet when he 10 years old to northern India as the Communist Chinese bore down harder on his native country. A son and grandson of trading merchants, he was sent to a Scottish Presbyterian missionary school in India, where he met a 1956 Dartmouth College graduate working there for the Ford Foundation who recommended Tashi for a Dartmouth Co llege scholarship for foreign-born students.

One of the first recipients of the scholarship, Tashi arrived in Hanover in 1966 and graduated in 1970 with a degree in East Asian studies before going on to earn a master ’s degree in cultural anthropology at the University of Wisconsin. He later gave up a lucrative career in international banking to launch his own business as a manufacturer and importer of handmade Tibetan rugs, reviving a once renowned craft that had fallen into neglect u nder China’s Cultural Revolution.

In subsequent years, Tashi’s business interests have diversified and expanded, from building a hotel and eco-tourism business in his Tibetan hometown of Gyalthang — now renamed Shangri-La City — to setting up cross-cultural business and educational exchanges.

He travels to China two or three times a year and estimates that he has made more than 70 trips in total.

His knowledge of Chinese business, state bureaucracy and Mandarin language is now leading Tashi into the next phase of his career as a consultant and facilitator for American businesses, especially t hose in the Upper Valley, Vermont and New Hampshire that would want to export their high-quality, hand-crafted furnishings and other products into the Chinese market.

Tashi notes that there is a growing “well-to-do and educated” class in China that is “getting more and more sophisticated” in its purchases and looking to buy quality merchandise from abroad. The Chinese market is ripe for hand-crafted quality products from Vermont, Tashi believes, whether it is glassware from Simon Pearce, pewter from Middlebury-based manufacturer Danforth Pewter, o r furniture from East Thetford’s Pompanoosuc Mills.

He sees such companies joining in a consortium and then working through a firm in China to get into that country’s home furnishing showrooms for access to the retail market.

A rising class of economically advantaged Chinese “have all the money in the world , but they don’t have the products to buy,” Tashi said. “This is the market I am looking at and know the best.”