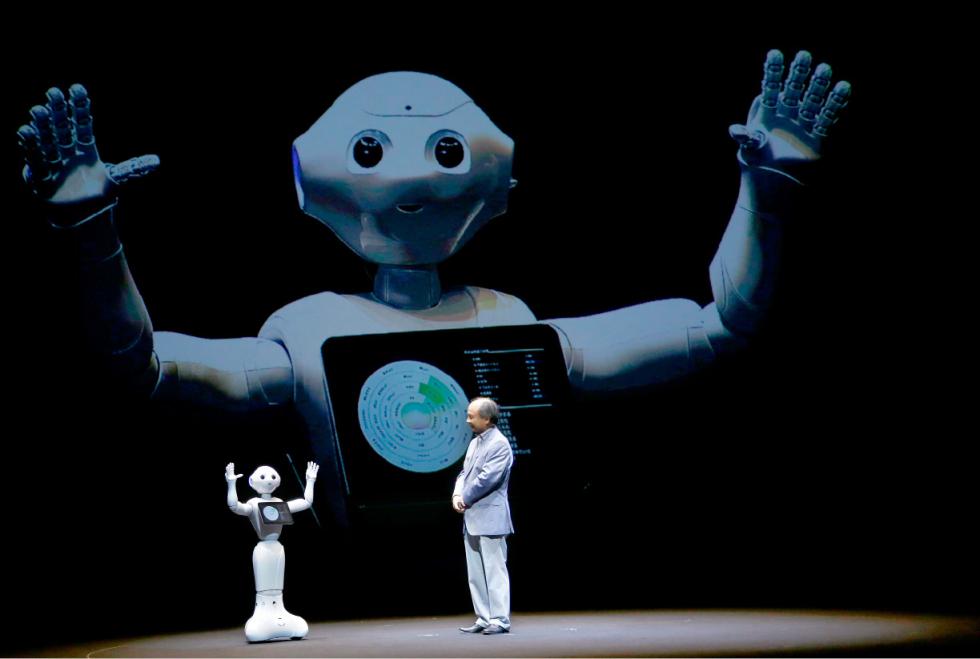 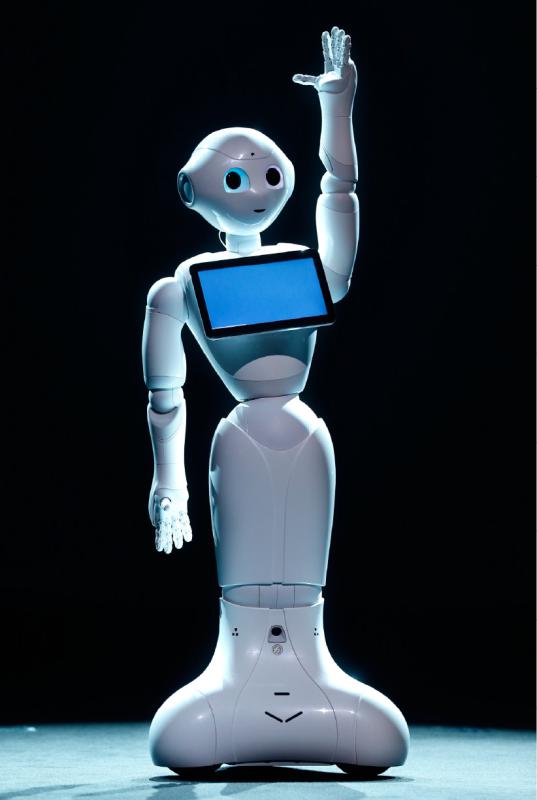 Urayasu, Japan — Technology company Softbank’s Pepper robot went on sale in Japan on Saturday, equipped with a “heart” designed to not only recognize human emotions but react with simulations of anger, joy and irritation.

The robot, which has no legs and moves on wheels, was shown to reporters and guests at a Tokyo area theater Thursday. It has a hairless head and moving arms and went through a year of software development after first being announced.

It glided on to the stage, conversed with celebrity guests, did a dance, sang a birthday song and demonstrated how it could record family life in photographs, and serve as a companion. It appeared to respond with joy when it was praised or stroked.

Softbank Corp. CEO Masayoshi Son said the company was preparing for a global sales launch with partners Alibaba Group of China and Foxconn of Taiwan. They will each take a 20 percent stake in Softbank’s robotics unit, valued at a combined 29 billion yen ($240 million), to help with software and manufacturing.

Details of when and where it will go on sale outside Japan were still undecided. But Son said the first overseas sales will likely happen next year, with test sales set for later this year. It sells for 198,000 yen ($1,600) in Japan and 1,000 of the robots will be available each month.

According to Son, the robot will develop its own personality of sorts, depending on how people interact with it.

Pepper can remember faces and is programmed to be happy when given attention but becomes depressed when it’s not. It will also cheer up sad people and try to mitigate suffering, he said.

Son gushed with emotion himself when explaining to reporters and guests what was in store for the 48-inch tall, 62 pound white Pepper, stressing the company’s commitment to robots, especially smart robots that can provide emotional interaction in everyday life.

He said the inspiration for Pepper came from his childhood memories of Astro Boy, an animated Japanese character that did not have a heart and could not understand why people cried. He made a point of programming Pepper to look like it weeps: lights well up in its round eyes. It has artificial intelligence technology from IBM.

Although Son acknowledged some may not agree with the idea of making robots that appeared to have human traits, he said such technology could be transformative.

The world already has robots that help in manufacturing, and mankind has already made the car and the plane, but what it needs is love, he said with a straight face.

“Our vision is to offer a robot with love,” he said.

One way the robot might be used, Son said, is replaying the video it has taken of an individual over several years, even decades, to show at his or her wedding, for instance, because Pepper is programmed to document moments when it senses elevated emotional arousal, such as happiness and surprise.

Its grip is very weak so it won’t hurt those around it, although it also won’t be able to clasp and fetch a beer for its owner, Son said. He also promised that privacy concerns have been dealt with.

In Thursday’s demonstration, it carried on a realistic conversation. When an actor showered it with praise, it responded with a childlike voice and peered into the actor’s face: “Please say more,” and, “Really?”

Softbank will also make Pepper available for commercial uses from the fall, including renting out the robot for 1,500 yen ($12) an hour to retailers and companies for their reception desks.

“Love is what leads to happiness for all people,” said Son.