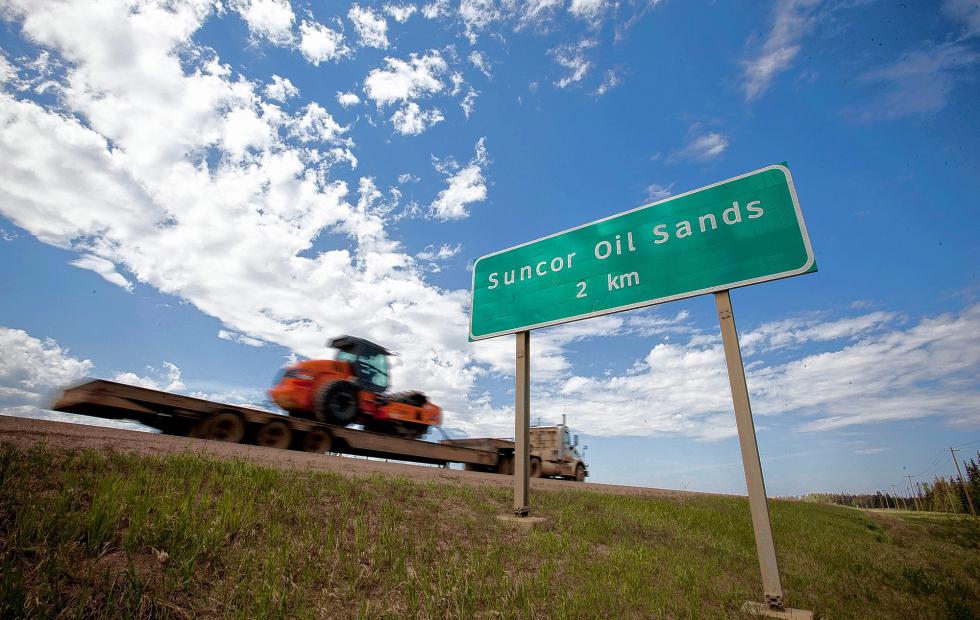 Calgary, Alberta — The era of the megaproject in Canada’s oil sands is fading.

Crude’s price slump, pressure to get off fossil fuels and tax increases in Alberta are adding to high costs and a lack of pipelines, prompting producers from Suncor Energy Inc. to Imperial Oil Ltd. to accelerate a shift to smaller projects.

Companies are deferring new mines in favor of cheaper, bite-sized drilling programs that deliver quicker returns and require less labor. The moves will help reduce cost overruns and make Canadian companies more competitive with U.S. shale producers. The trade off will be reduced production growth and a smaller economic boost for the country’s oil patch.

“Capital likes certainty and it’s a bit of an uncertain world at the moment,” Steve Williams, Suncor’s chief executive officer, said June 10 in an interview at Bloomberg’s Calgary office.

With crude about 46 percent below last year’s level, companies globally have delayed or scrapped about $200 billion in big projects in recent months, according to a June 16 report from Ernst & Young LLP. Canadian oil-sands spending is poised to drop 30 percent to C$23 billion ($19 billion) this year while total oil production will be 17 percent lower by 2030 compared with last year’s estimates, according to a report this month from the Canadian Association of Petroleum Producers.

In February, Royal Dutch Shell withdrew an application to build the 200,000 barrel-a-day Pierre River mine to focus on its existing oil-sands operations. The company in May deferred by two years Carmon Creek, a drilling project slated to produce 80,000 barrels a day.

“That all makes perfect sense in an environment where people think the price may not be as high and might be more variable,” said Mike Tims, vice chairman of Calgary-based Matco Investments.

Energy producers are also bracing for stricter climate rules that could include carbon pricing after Group of Seven nations committed to cutting emissions from fossil fuels to zero by 2100. Canadian producers have cut thousands of jobs, setting Alberta up for a recession this year, according to the Conference Board of Canada.

Alberta’s recently elected New Democratic Party government has added another layer of uncertainty, saying this week it would push ahead with a tax increase for corporations and review oil and gas royalties.

The plan is weighing on producers’ shares. The Standard & Poor’s/TSX Energy Index has dropped 10 percent since the beginning of May, while the S&P 500 Energy Index of U.S. peers has fallen 7 percent.

The transition to smaller so-called in situ projects started before the price crash, with low natural gas prices making extraction through drilling cheaper. The fuel is used to heat water into steam that’s pumped underground to melt bitumen through steam-assisted gravity drainage, or SAGD.

Total shelved a C$11 billion plan to build the 160,000 barrel-a-day Joslyn mine in May 2014, citing high costs, while expanding its Surmont in situ project which it owns with ConocoPhillips.

“The oil sands, and I’m talking about in situ, is moving toward more bite-sized modules, replication again and again and again, which allows you to strip out engineering costs,” Rob Peabody, chief operating officer of Husky Energy Inc., said this month at an RBC Capital Markets conference in New York.

Imperial is planning oil-sands drilling projects that will be resilient to price volatility to fuel growth past 2020 after the expansion of its Kearl mine, Paul Masschelin, senior vice president of finance, said at the conference.

In situ projects require a fraction of the workers as mines, both for construction and operation. About 430 workers operate Cenovus Energy’s Foster Creek in situ project, which produces about 136,000 barrels of oil a day. Syncrude Canada’s oil-sands mine and upgrader, with 2.2 times the crude output and an operation to turn bitumen into light oil, has about 8,500 workers on site.

Still, the rise of in situ means those projects accounted for 28 percent of workers employed in the oil sands in 2014, versus 21 percent for mining and 20 percent for upgrading, according to a May 2014 report by the Petroleum Labour Market Information division of Enform.

Mining megaprojects under way are proceeding because so much has already been invested, said Sam La Bell, an analyst at Veritas Investment Research in Toronto. Suncor’s Fort Hills was never economic, he said.

Fort Hills will be profitable and Suncor has managed risk by sharing costs with Total and Teck Resources Ltd., Williams said. The company forecasts a 13 percent internal rate of return over the project’s life.

Canadian oil-sands megaprojects have been pronounced at death’s door before only to be resurrected as the price of crude rises again. Suncor advanced Fort Hills in 2013 after an investment decision was deferred over low oil prices and high costs in 2008 by Petro-Canada, which Suncor later acquired.

Mines will still contribute to production growth over the next 15 years, according to CAPP, accounting for 38 percent of the additional 1.8 million barrels a day by 2030.