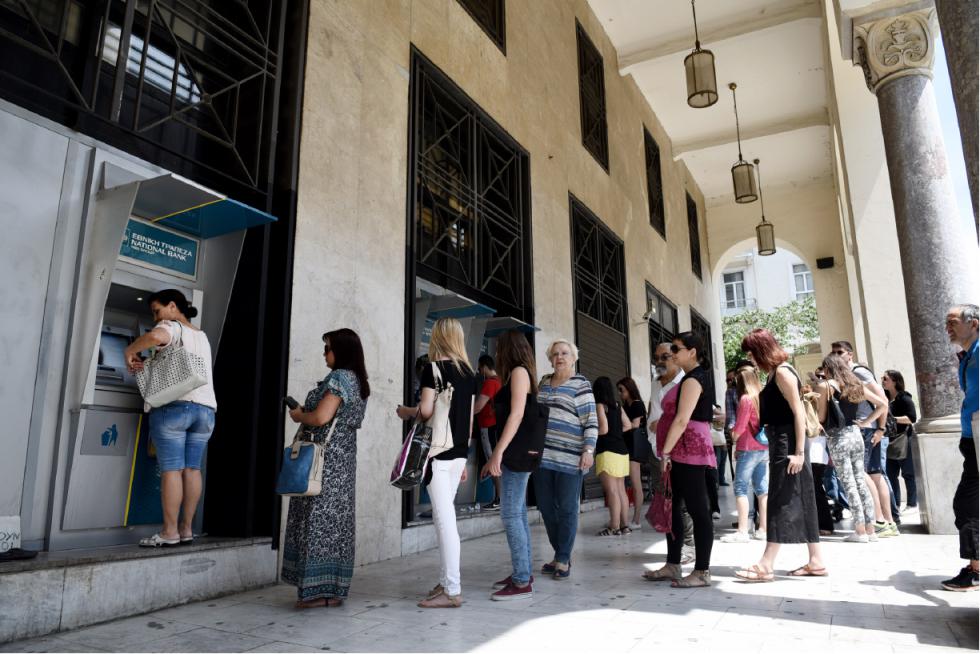 People stand in a queue to use the ATMs of a bank in the northern Greek city of Thessaloniki on Saturday, June 27, 2015. Greece’s fraught bailout talks with its creditors took a dramatic turn early Saturday, with the radical left government announcing a referendum in just over a week on the latest proposed deal  and urging voters to reject it. (AP Photo/Giannis Papanikos)