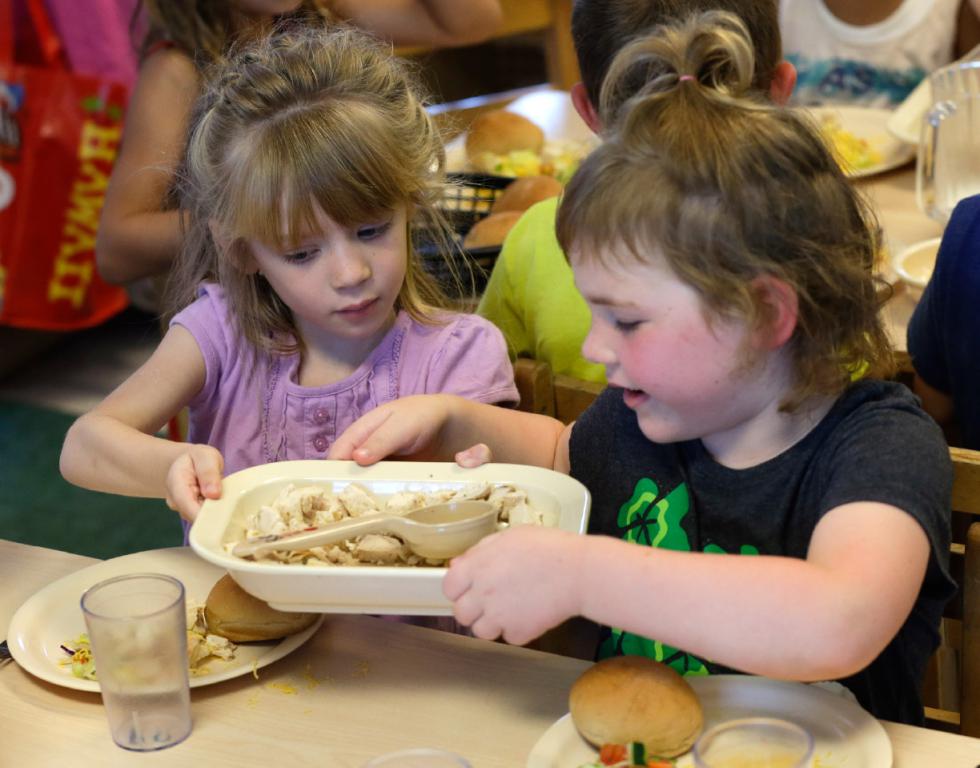 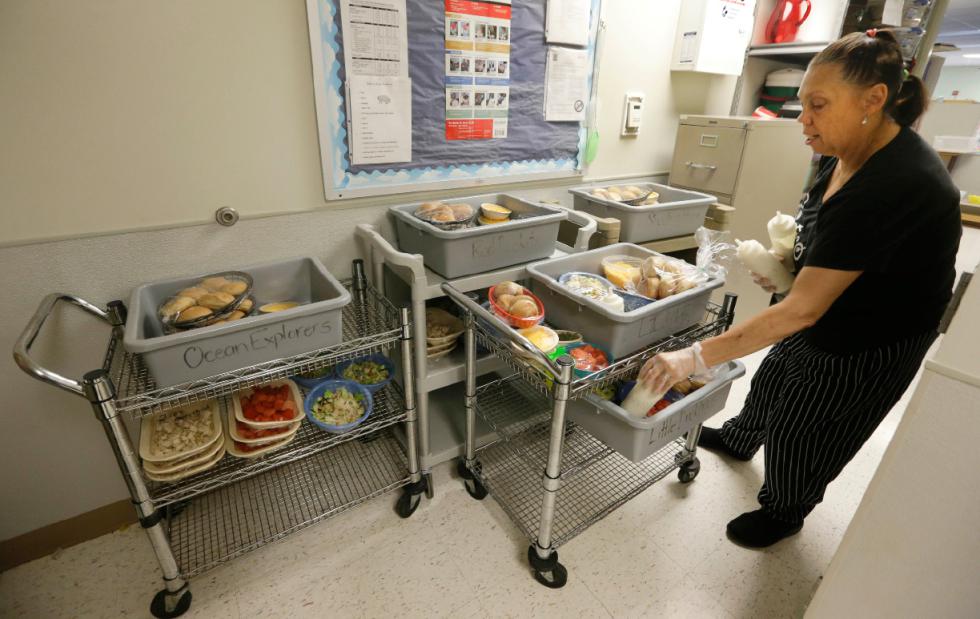 Kansas City, Mo. — As teachers lament seeing toddlers too large to fit in playground swings, a federal program that feeds millions of low-income children may be overhauled for the first time in almost 50 years, aiming to make the meals at day care facilities healthier and reduce obesity.

About 3.8 million young children are fed daily through the Child and Adult Care Food Program, which primarily reimburses day care providers, and also provides food for children in emergency shelters and pays for after-school meals or snacks in areas where at least half the students qualify for free- or reduced-price lunches.

Millions of more affluent children also are affected because at least 30 states — including North Carolina, Michigan, Oregon, and Virginia — require day cares to use the program’s nutrition guidelines to receive licenses.

And beyond children, about 120,000 elderly or disabled adults are fed each day in programs designed to spell caregivers.

More vegetables and less sugar lead the U.S. Department of Agriculture’s proposals, developed with guidance from experts. Grain-based desserts, such as cookies and cakes, would no longer be reimbursable, and children younger than 1 would no longer be offered juice.

Facilities wouldn’t be reimbursed when food is deep-fried on site, although prepackaged fried foods, such as chicken nuggets, could still be served, though recommendations urge that they be offered infrequently.

About one in eight low-income preschoolers is obese, according to a Centers for Disease Control and Prevention survey of 12.1 million children enrolled in federally funded nutrition programs from 2008 to 2011, the latest data available.

The changes to the Child and Adult Care Food Program, which started in 1968, were called for by the Healthy Hunger-Free Kids Act, passed in 2010 at the urging of first lady Michelle Obama.

The act’s more well-known requirement boosted the quantity of fruits, vegetables and whole grains in school meals. The program has an annual budget of about $3 billion, and the USDA focused on proposed requirements that wouldn’t boost costs because providers won’t be paid more.

“The USDA should get tremendous credit for attempting to make the changes cost-neutral,” said Kati Wagner, the president of the Wildwood Child and Adult Care Food Program Inc., which helps home-based child care providers in Colorado receive reimbursements.

The school meals changes have been met with mixed results, with some school officials complaining kids are throwing away fruits and vegetables. The solution, some experts say, is starting earlier, when children are more willing to try new things. Mary Beth Testa, a lobbyist for the Salt Lake City-based National Association for Family Child Care, said food choices people make in early childhood are “the building blocks for the healthy habits of their lifetime.”

“Something has got to happen” she said, citing teachers who tell her about children who are too chubby for swings. “That is bad from a predictive point of view, but it’s also not good from a getting around point of view.”

The USDA took public comments until May 27 on the proposed changes, which also include reimbursing day care facilities when mothers nurse their babies there.

It’s unclear when a final decision will be made on the new guidelines, although the agency has started distributing handbooks about nutrition, with many of the tips aligned to the proposals.