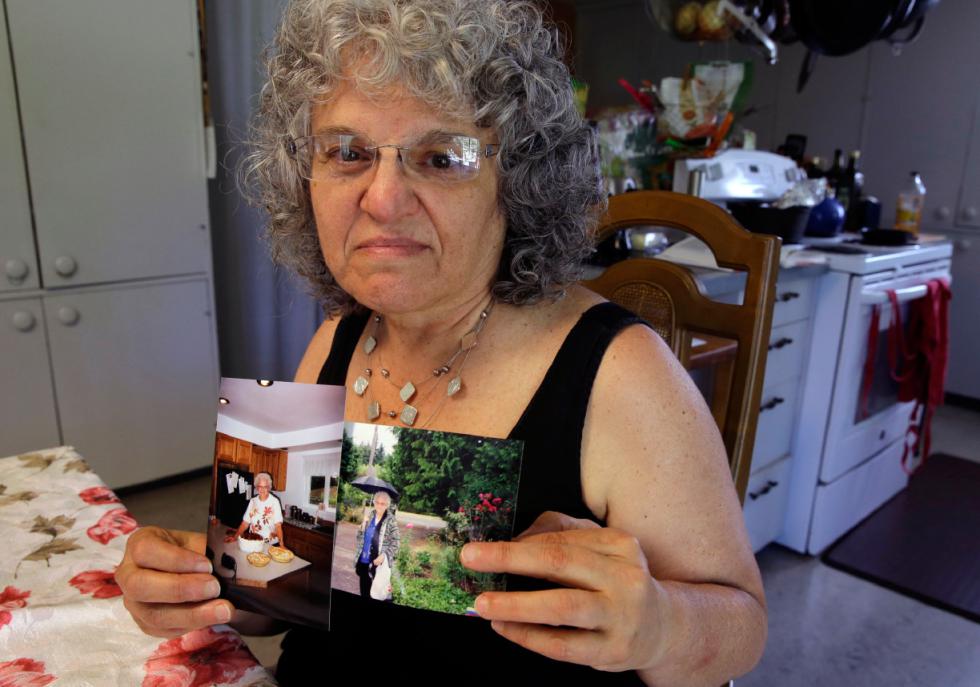 In this July 1, 2015 photo, Roslyn Duffy poses for a photo holding two photos of her late mother, Evelyn Nappa, at her home in Seattle. Duffy had to scramble to find a home willing to take Medicaid payments after her mother was evicted from a Seattle assisted-living facility. The stress and the change of surroundings strained her mother’s health, Duffy said, and six weeks after moving, she was dead. (AP Photo/Ted S. Warren)