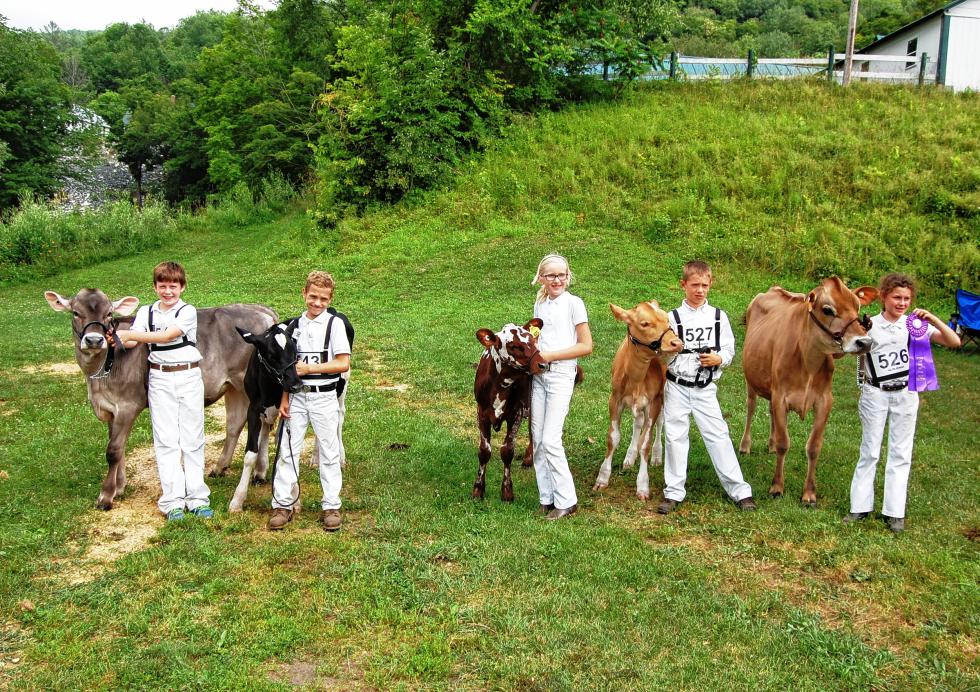 Keenan Thygesen, of Tunbridge, received the Dick Dodge Memorial Award for being named the overall fitting and showmanship champion. The award is given in memory of the former University of Vermont Extension dairy specialist who inspired and educated youths and adults in dairy science.

In the fitting and showmanship competitions participants were evaluated on how well they handled and presented their animals. They competed by age with separate categories for seniors, 14 and older; juniors, 11 to 13; and novice, 8 to 10.

In conformation classes, arranged by breed and age of the animal, the animals were judged on physical structure, condition and appearance.

In the novice division, Regan Johnson was the novice fitting and showmanship champion. Zachary Johnson, of Tunbridge, was the reserve champion.

Sponsored by the University of Vermont Extension 4-H, the event was open to 4-H members in Orange, Washington, Windsor and Windham Counties.