By Dominic Basulto Special to The Washington Post - Jul 26, 2015 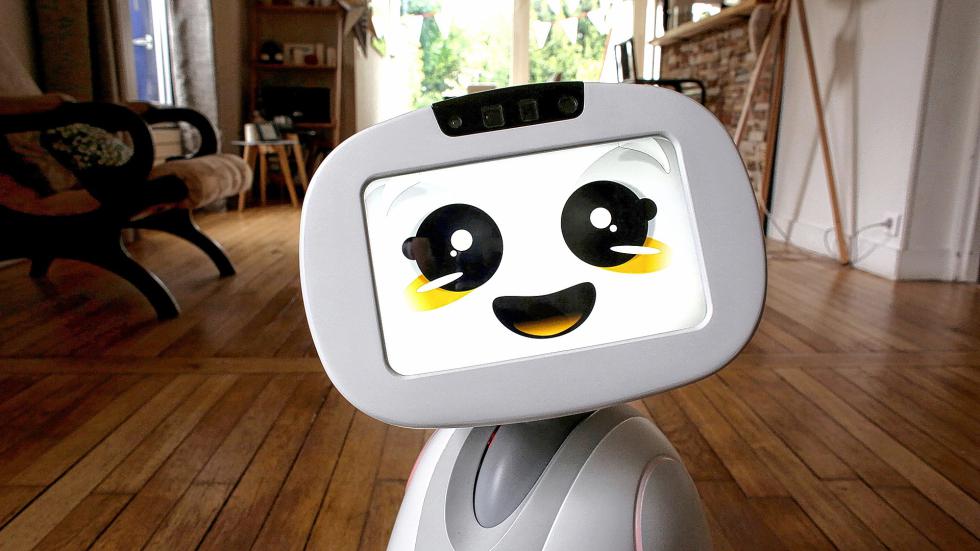 When most people think of robots, they either think of hulking Terminators or the types of dumb industrial robots taking part in a future robot uprising. But there’s another class of robot that’s also gaining traction — social robots that cost less than $1,000 and are designed for the home. They are more WALL-E than Terminator, and are meant to be personal companions and even “one of the family.”

For all the stories about the perils of artificial intelligence, these machines are strangely disarming. First of all, some of them — such as the new Buddy companion robot from French robotics firm Blue Frog Robotics — look like they’ve had a cartoon smiley face painted on them. Buddy whisks around on wheels and casters while JIBO, another social robot option, swivels harmlessly on your desk or floor. They don’t have arms or legs and are supposed to read stories to your kids or snap photos of the family. And they aren’t much more intelligent than the apps on your smartphone or smartwatch, so you don’t have to worry about the perils of superintelligence.

The main selling point of these social robots is that they can perform many of the tasks — reminding you of important events on your schedule, monitoring the home, reading back phone messages, taking photos, providing suggestions for recipes — that people typically outsource to their different digital devices. Think of the social robot as one part iPhone, one part Dropcam, and one part Nest, all connected by a tablet device that recognizes faces and voices. In the case of Buddy, the tablet is actually the “face” of the robot.

What’s really genius about these bots is not the technology inside them — it’s the idea that these social robots are destined to become part of the “connected home.”

Just a few years ago, the idea of the Internet of Things for the home still sounded fantastic and futuristic — now it doesn’t strike people as so absurd that smoke alarms and thermostats are hooked up to the Internet. So, if we’re busy hooking up our home to the Internet, why not a robot as well?

Plus, there’s the price point to consider. For $499, you can get a high-end tablet or smartphone. For just a few hundred bucks more, you can get a social robot for the home. For example, the Buddy will retail for $649 (but comes with an early bird special of $549 if you buy it on Indiegogo). The JIBO Home Edition, another social robot option, will retail for $749 on pre-order and comes in either white or black.

Of course, there’s room to be skeptical about these social robots for the home. For one, just consider the privacy aspects of having robots wandering around your home, snapping photos of you and your loved ones, and then — potentially — having those photos shared with the wrong people on the Internet. Or, consider the prospect of having a nefarious outsider hacker inside your home and downloading personal information from your home robots.

There’s also the largely dystopian idea that these social bots may not be so “social” after all. In fact, they may turn out to be anti-social. Once they infiltrate the home, they might start snooping on us or they might start interrogating us. They might not be equipped to deal with the full range of our human emotions or foibles.

And finally, there’s the very real notion that these bots will never live up to their initial expectations. Take the example of JIBO, which became one of the most popular Indiegogo projects in summer 2014, then raised $25 million from investors in January 2015, and then went back to Indiegogo again this summer to raise a total of $3.7 million from the crowd. That’s nearly $30 million for a robot that can’t move, doesn’t have arms or legs or even a real face, and can’t do much more than what you’d get with the new Amazon Echo or the latest smartphone.

However, the one proof point that social robots might have a future comes from Japan, which saw the radically successful launch of Pepper — the world’s first humanoid robot designed to live with humans — earlier this summer. In less than one minute, Aldebaran Robotics and SoftBank sold out all 1,000 Pepper humanoid bots. And now both companies are partnering with Alibaba and Foxconn to bring these humanoid-looking robots to other locations, such as retail shop locations and hotels.

Social robots such as Pepper, Buddy or JIBO aren’t true artificial intelligence — but they could pave the way for some kind of hybrid machine that interacts with humans and provides a sort of ambient intelligence everywhere we go. They would also mark a step beyond just app assistants for the smartphone (think Siri) by giving an anthropomorphic shape to that intelligence.

The big question, of course, is whether these social robots are just a gimmick (i.e. a new “pet rock” for techno early adopters who grew up with R2D2 or Wall-E), or whether they can add lasting value by becoming home companions for the elderly or trusted helpers for childcare. If so, it’s possible to imagine a scenario in which a growing number of households eventually has a home robot assistant of some kind.