We Can Hear You Now

Home » Upper Valley Business News » We Can Hear You Now 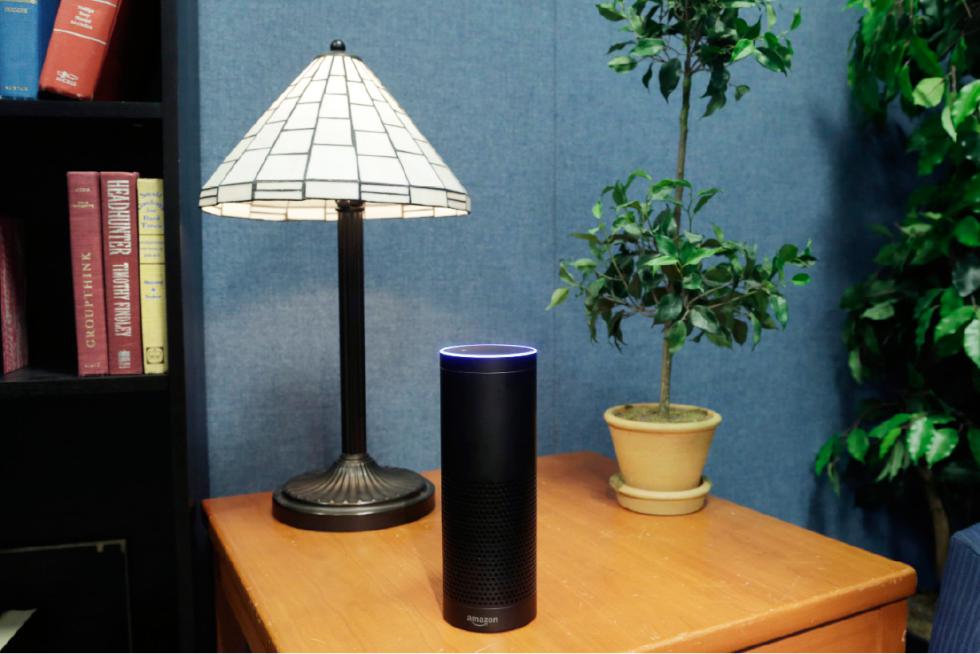 Amazon's Echo, a digital assistant that can be set up in a home or office to listen for various requests, such as for a song, a sports score, the weather, or even a book to be read aloud, is shown, Wednesday, July 29, 2015 in New York. The $180 cylindrical device is the latest advance in voice-recognition technology that's enabling machines to record snippets of conversation that are analyzed and stored by companies promising to make their customers' lives better. (AP Photo/Mark Lennihan)

San Francisco — Like a lot of teenagers, Aanya Nigam reflexively shares her whereabouts, activities and thoughts on Twitter, Instagram and other social networks without a qualm.

But Aanya’s care-free attitude dissolved into paranoia a few months ago shortly after her mother bought Amazon’s Echo, a digital assistant that can be set up in a home or office to listen for various requests, such as for a song, a sports score, the weather, or even a book to be read aloud.

After using the Internet-connected device for two months, Aanya, 16, started to worry that the Echo was eavesdropping on conversations in her Issaquah, Wash., living room. So she unplugged the device and hid it in a place that her mother, Anjana Agarwal, still hasn’t been able to find.

“I guess there is a difference between deciding to share something and having something captured by something that you don’t know when it’s listening,” Agarwal said of her daughter’s misgivings.

The Echo, a $180 cylindrical device that began general shipping in July after months of public testing, is the latest advance in voice-recognition technology that’s enabling machines to record snippets of conversation that are analyzed and stored by companies promising to make their customers’ lives better.

Other increasingly popular forms of voice-recognition services include Apple’s Siri assistant on mobile devices, Microsoft’s Cortana and the “OK Google” feature for speaking to Google’s search engine. Spoken commands can also be used to find something to watch on some TVs, and an upcoming Barbie doll will include an Internet-connected microphone to hear what’s being said.

These innovations will confront people with a choice pitting convenience against privacy as they decide whether to open another digital peephole into their lives for a growing number of devices equipped with Internet-connected microphones and cameras.

The phenomenon, dubbed the Internet of Things, promises to usher in an era of automated homes outfitted with locks, lights, thermostats, entertainment systems and servants such as the Echo that respond to spoken words.

It’s also raising the specter of Internet-connected microphones being secretly used as a wiretap, either by a company providing a digital service, government officials with court orders or intruders that seize control of the equipment.

“We are on the trajectory of a future filled with voice-assisted apps and voice-assisted devices,” Forrester Research analyst Fatemeh Khatibloo says. “This is going to require finding the fine balance between creating a really great user experience and something that’s creepy.”

Fears about Internet surveillance have heightened during the past two years as former National Security Agency contractor Edward Snowden released documents revealing that the U.S. government’s terrorist-fighting programs have included mining personal information collected by a variety of technology companies.

The Electronic Privacy Information Center, a watchdog group, wants the Federal Trade Commission to set security standards and strict limitations on the storage and use of personal information collected through Internet-connected microphones and cameras.

“We think it’s misleading to only present the potential conveniences of this technology without also presenting the huge number of possible drawbacks,” said Julia Horwitz, director of the center’s privacy project.

The FTC believes companies selling Internet-connected devices and apps should collect as little personal data as possible and quickly delete it once the information has served its purpose, said Kristen Anderson, an attorney with the commission’s division of privacy and identity protection.

Amazon.com says Echo users don’t need to worry about the device eavesdropping on them. As a safeguard, according to Amazon, the device’s microphone is programmed to come on only after it’s activated with the press of a button or the use of a certain word, such as Alexa, the name of the software that powers the Echo.

A blue light on the Echo also comes on when it’s recording and remains illuminated when it’s listening. Users can also select a sound to alert them when the Echo is recording. Amazon also allows users to review the recordings made by the Echo and delete any or all of them, although the Seattle company warns the device might not work as well without access to the audio history.

The Echo so far is getting mostly glowing reviews. It has received a five-star or four-star rating from about 90 percent of the roughly 23,000 reviews posted on Amazon.com.

Despite what Amazon says, Steven Combs has noticed the Echo’s blue light illuminate at times when it hasn’t been asked during the six months he has been using a test version of the device in his Columbus, Ind., home. But he says he has never worried about being spied upon.

“Somebody would have to have a real interest in me, and I don’t think I am that interesting for someone to come after my data,” said Combs, the president of a community college.

Michael Edelman, 61, started to wonder about the Echo’s snooping potential within the first few weeks after he set up the device in his home in Huntington Woods, Mich. He frets about the possibility of government agencies using the Echo or similar devices as a surveillance tool, though that concern hasn’t been enough to cause him to turn off the device’s microphone.

“After you have lived long enough, you realize people will be willing to bring spying technology into their own house if they think it will do something great for them,” Edelman said.