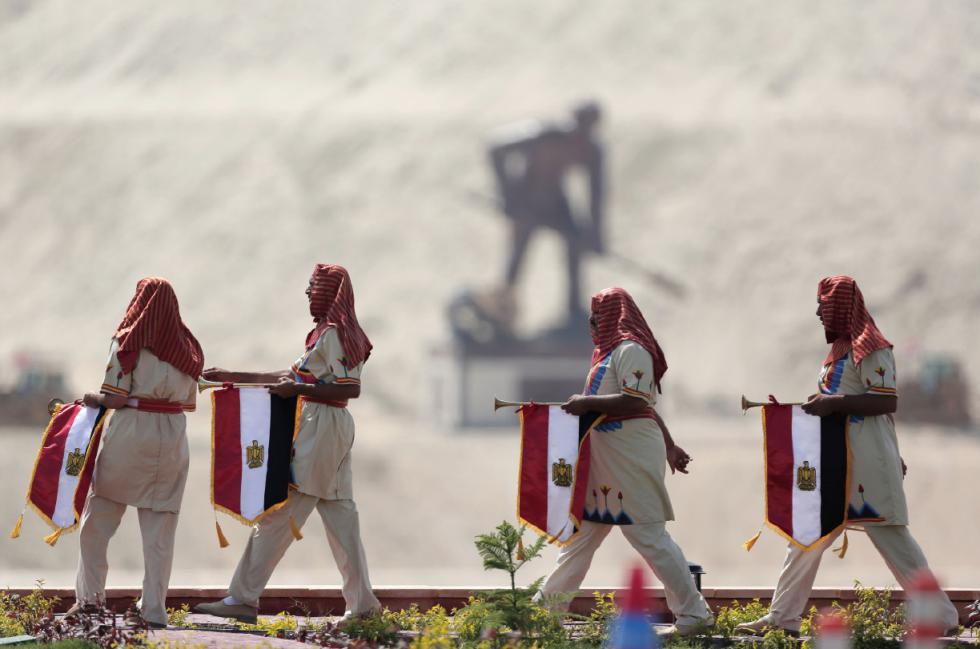 Egyptians wear Pharaonic costumes as they march in front of a statue representing a man digging the new section of the Suez Canal in Ismailia, Egypt, Thursday, Aug. 6, 2015. With much pomp and fanfare, Egypt on Thursday unveiled a major extension of the Suez Canal whose patron, President Abdel-Fattah el-Sissi, has billed as an historic achievement needed to boost the countrys ailing economy after years of unrest. (AP Photo/Hassan Ammar)