China’s Missteps Trip Up Others 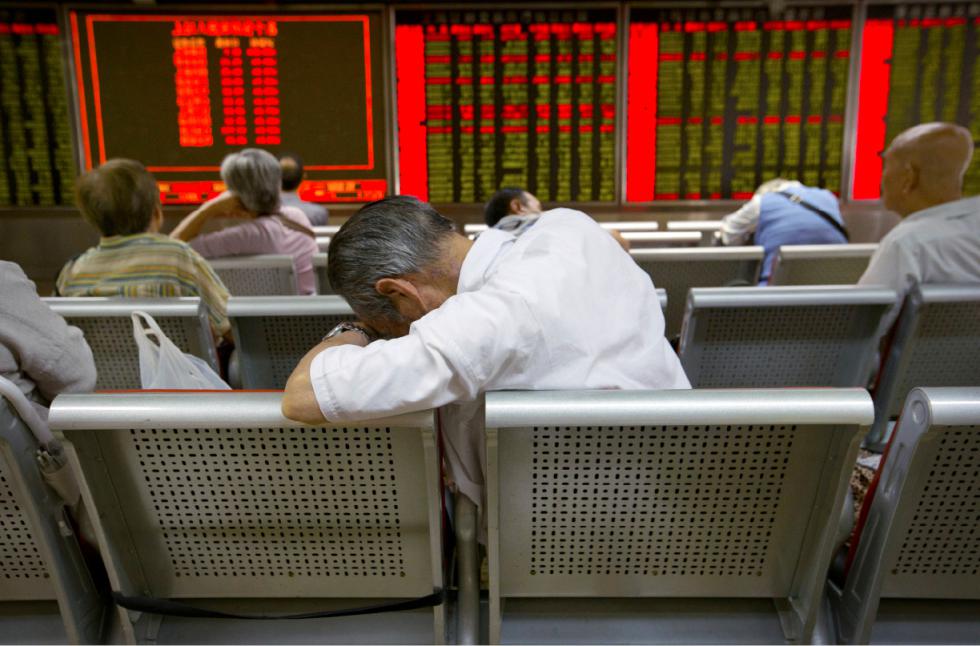 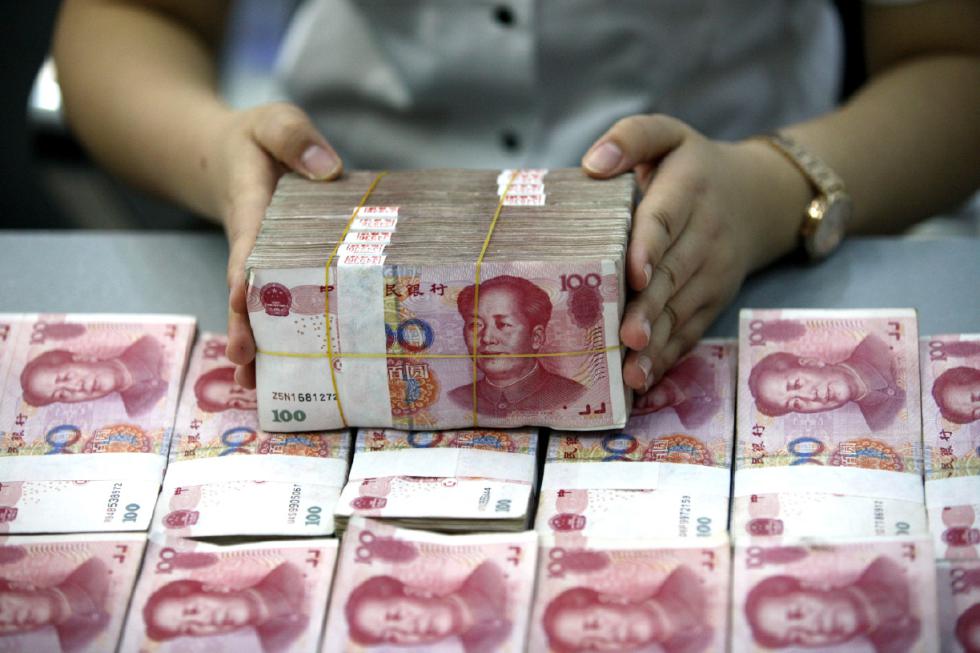 Beijing — Not long ago, global markets were fixated on a nation in the throes of financial upheaval. Its equities markets were crumbling, its debts sky-high. Media pundits, investors and foreign governments began to question the long-term viability of its political-economic model.

Sound familiar? That country was the U.S., and the year was 2008. Wall Street had engineered a financial catastrophe, sending global markets into a tailspin.

Yet as Washington bickered, obfuscated and delayed, Beijing decisively injected $586 billion into China’s economy, ultimately turning the country into an engine of global growth. Observers commended its distinctive political model — a hybrid of authoritarian politics and market economics — for giving its leaders the strength and confidence to weather the global financial storm.

This summer has turned that narrative upside down. China’s stock market is in chaos, losing more than 40 percent of its value since peaking in June; this Monday and Tuesday, the Shanghai composite plummeted about 16 percent. Concerns over the rout have now eviscerated $5 trillion from global markets, as investors begin to doubt whether Chinese officials will be able to keep the world’s second-largest economy from hitting a “hard landing,” its growth decelerating to about 4 percent or less.

“What’s happening is an act of desperation by China and it starts dragging down other countries with it,” said Bill Stoops, chief investment officer with Dragon Capital, a Vietnam-based asset management firm with 90 percent of its $1.15 billion in local equities. “China’s police state economic model is falling apart.”

Experts, investors and Chinese officials agree that for China to maintain strong growth and enter the top echelon of world financial powers, the country must shed some of its dependence on its export-led economy in favor of one that’s driven by consumption and services. To do that, it must liberalize the country’s markets and corporate sector, which are still largely state-controlled.

Although China’s “socialist market economy” has warmed up to private entrepreneurship in recent decades, allowing e-commerce giants such as Alibaba to prosper, a host of sectors — telecommunications, aviation and shipping, power generation and distribution, petroleum — still fall under total state control. Critics say the dominance of clunky state-owned enterprises, coupled with draconian capital controls, has become a major drag on growth.

In January, Premier Li Keqiang said the country would have to “comprehensively deepen reforms” and “let the market play a decisive role in resource allocation to foster a new engine of growth.” China’s GDP is on track to expand perhaps 7 percent in 2015, its slowest rate in decades.

Yet when Chinese stocks, already propped up by a government-backed bull run, began plummeting in June, authorities intervened with dramatic force. They lent huge sums of money to stimulate buying, cracked down on “vicious selling,” and suspended trading in more than 1,000 stocks.

Observers blamed Beijing for damaging the market’s credibility, and when indexes tanked again this week, policymakers took a lighter approach. They cut interest rates and lowered the required reserve ratio, making it easier for banks to lend and borrow money, but otherwise let the market steer itself.

But critics said the government caused confusion by “zigzagging” between intervening and not intervening, opening up and cracking down. For investors, the country’s lead policymakers — once seen as a group of competent technocrats — have begun to look disorganized and disconcertingly opaque.

“When you create moral hazard by intervening so heavily, and then the second time you don’t do anything, that confuses people,” said Damien Ma, a fellow at the Paulson Institute in Chicago. “People had no idea whether the policymakers were speaking in one language.

“In this time of economic weakness, markets hate uncertainty,” he said. “So when you add to that, it really is a pretty bad recipe for volatility.”

Much hangs in the balance — as China has developed and its middle class has grown, the country has become the world’s largest consumer of copper, steel, aluminum, cellphones, rice, tobacco, meat, coal and a laundry list of other products and commodities.

In recent decades, its seemingly unquenchable need for resources has propped up economies across Southeast Asia, Africa and Latin America — but its demand has been slackening as infrastructure projects slow down and exports fall.

China wants consumers to step up spending, but if they lack the means or confidence to do so, they won’t. Companies from Volkswagen to liquor seller Diageo have reported weak sales in recent months.

Other Asian economies are already seeing changes brought on by China. Officials in Taiwan, a democratically governed island of 23 million people off mainland China’s southeastern coast that sends almost 40 percent of its exports to its large neighbor, recently slashed their 2015 economic growth target nearly in half, to 1.65 percent.

Cho Shih-chao, Taiwan’s deputy minister of economic affairs, said in an interview that China is following the path taken by the island, going from low-quality manufacturing to more high value knowledge industry and services.

“This took five or six decades for us to reach this level,” he said. “China started in 1978 with (former leader) Deng Xiaoping and we have to admit they are picking up pretty fast.”

But even officials such as Cho say they cannot be sure that China is committed to becoming a market economy.

“The party’s decision-making is absolute power, which means (its) policies … have to be obeyed by all different sectors, including (the) business community,” he said. “So it depends, from what angle you look at these things. To some extent, it looks like they are trying to be a market economy. But if you look from different angles, the party, the government, has absolute influence on commercial behavior.”

Grant Newsham, a former U.S. State Department diplomat who worked at a Tokyo-based investment bank from 2000 to 2012, said Japan’s economy would probably survive the “China panic” intact. He noted that China’s crisis had been brewing for years.

“The Chinese banking system is even more screwed up than was Japan’s after the collapse of the ‘bubble,’ and that is no small feat,” he said. “When I worked at the U.S. Embassy in Tokyo in the mid-‘90s, I remember saying that we’d look back fondly on our trade disputes with Japan. Dealing with China was going to be an entirely different thing. It is.”

Even three years later, as China’s GDP developed at a blistering pace, the state-run New China News Agency accused the U.S. of accumulating too much debt and urged Washington to “reestablish the common sense principle that one should live within its means.”

The paper added that “some media outlets” have been quick to draw the conclusion that the fall in Chinese markets “symbolizes a slow-motion denouement of China’s economic and political model.” Such a conclusion, it said, “has gone too far.”

China’s economic health has a direct effect on other countries: Australian, Brazilian and Argentine mining companies have been selling off assets in response to shrinking demand; U.S. producers of semiconductors, engines and timber have had to reassess their bottom lines.

“We try not to put all of our eggs in one basket,” Taiwanese President Ma Ying-jeou said in an interview Thursday. “But mainland China is such a huge basket, it is impossible not to put any eggs in it.”

Lin Wei, 33, a lawyer and experienced stock market investor in Beijing, said that he hoped China would liberalize its markets, but that it would take time. He said that he earned about $200,000 in China’s stock markets before closing his trading accounts this spring.

“This is a very complicated issue,” he said. “Liberalizing the market should rely on having a set of fair and comprehensive market regulations. If the regulations are incomplete and unfair, liberalizing the market might create chaos. And if there’s chaos, the government will try to control it. But then when the government tries to control it, that will be a disaster.”