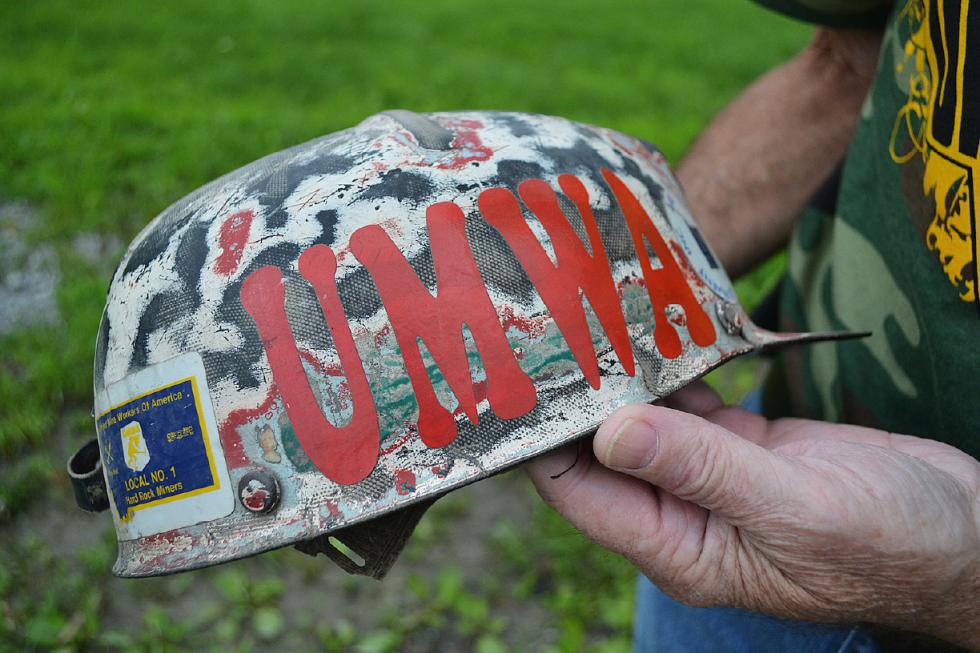 Kenny Johnson holds a coal miner’s hardhat in Harlan County, Ky., on Wednesday, July 15, 2015. Johnson was given the hat by another union miner and Johnson used it until his retirement. Kentucky is now without a single union mine in the entire state after the closing of the Patriot Coal-owned Highland mine in December 2014. (AP Photo/Dylan Lovan)