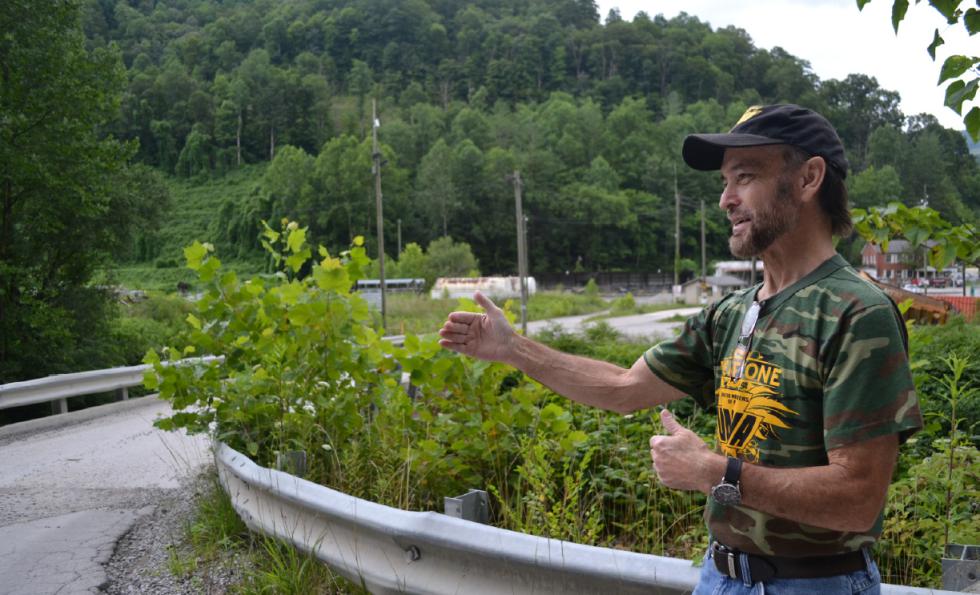 In this July 15, 2015 photo, Kenny Johnson, who joined in the Brookside mine strikes of the 1970s that were depicted in the Oscar-winning documentary “Harlan County USA,” speaks to a reporter in Harlan, Ky. Johnson is standing on the spot in front of the mine where he was arrested for picketing in 1974. (AP Photo/Dylan Lovan)