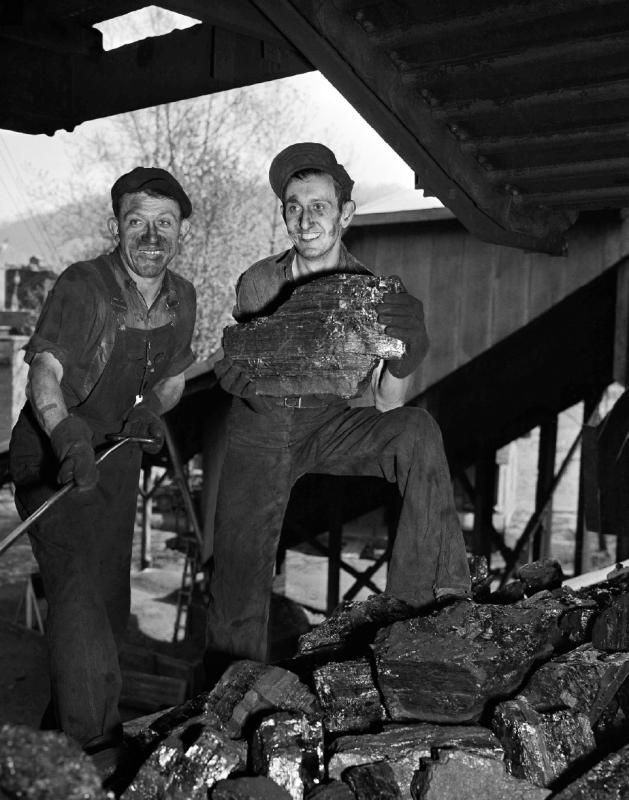 FILE – In this May 4, 1943 photo, workers at the Clover Fork mine at Harlan, Ky., return to work grading coal following a government-mine workers truce after several days of a work stoppage. The union era’s death knell sounded in Kentucky on Dec. 31, 2014, when Patriot Coal announced the closing of its Highland Mine. (AP Photo/File)