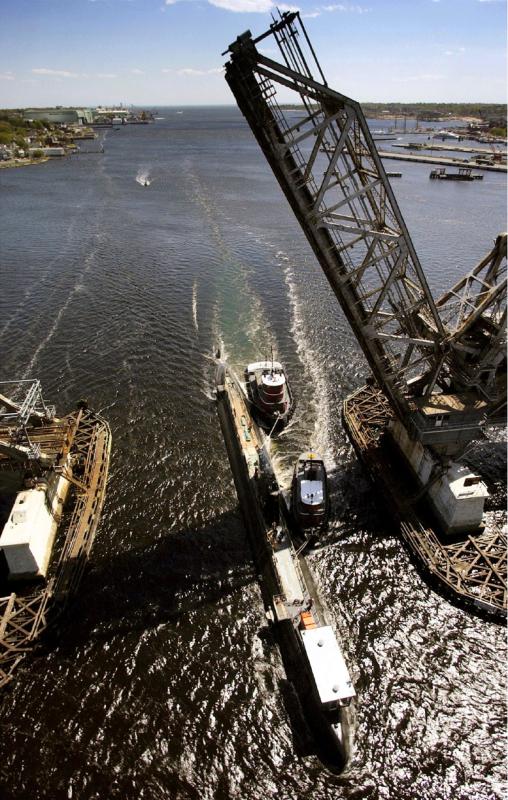 FILE – In this May 3, 2002 file photo, the USS Nautilus, the world’s first nuclear-powered submarine, passes under the Thames River railroad drawbridge as it is moved by tugs from the Electric Boat shipyard back to the U.S. Naval Submarine Base in Groton, Conn. In 1916, a naval yard and storage depot along the Thames River became the Navy’s first submarine base in Groton. It grew exponentially during World Wars I and II, and became home to Nautilus, launched in 1954. (Sean D. Elliot/The Day via AP) MANDATORY CREDIT