‘Spy Car’ is Watching You 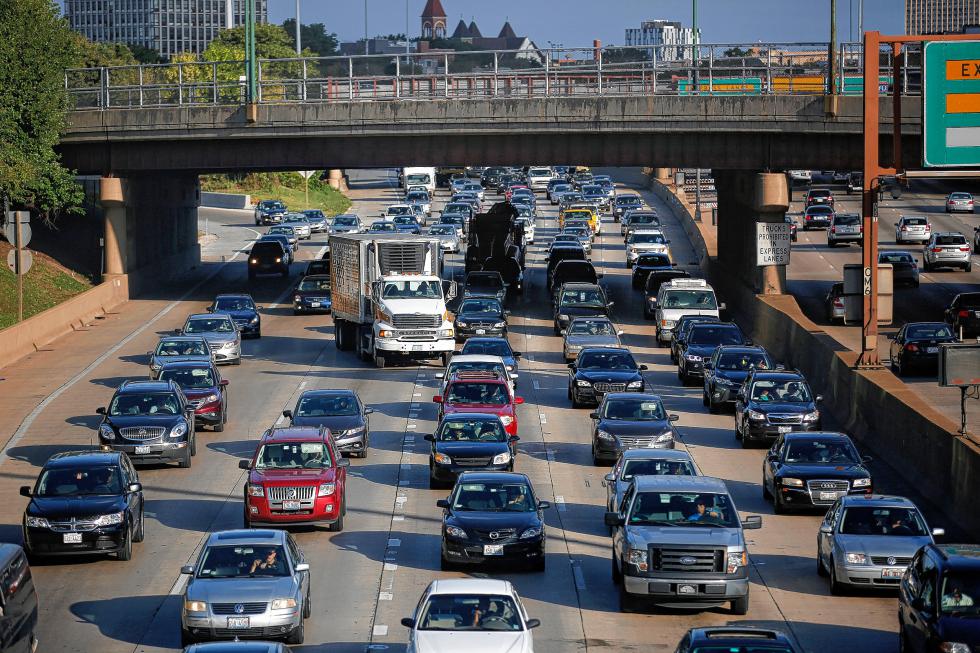 What if your car collected information on you -- and other drivers? (Michael Tercha/Chicago Tribune/TNS)

Chicago — If, while driving, you were also chowing down food, yakking on your phone or getting distracted by Bella the Labrador retriever, would your insurance company know?

A patent issued in August to Allstate mentions using sensors and cameras to record “potential sources of driver distraction within the vehicle (e.g. pets, phone usage, unsecured objects in vehicle).” It also mentions gathering information on the number and types of passengers — whether adults, children or teenagers.

And the insurer, based in suburban Chicago, isn’t just interested in the motoring habits of its own policyholders.

Underscoring companies’ interest in collecting and analyzing information on you, also known as big data, the patent also envisions gathering information on nearby cars so it can compare its policyholder’s habits to other motorists in the area. The patent, called “traffic-based driving analysis,” is for a server that will receive driving behavior data from sensors, cameras and other devices.

Hunter wondered about the “liability for that intrusiveness” as well as the potential to pick up such sensitive data as ATM PINs. It’s “the invasion of the spy car,” he said.

Allstate said it filed the new patent a few years ago. Company spokeswoman Laura Strykowski said the “technology would provide drivers with broader information about traffic conditions and external factors that could better equip them to drive safe.”

It’s at least the second patent in recent months that the insurer has been issued related to connected cars. In June, Allstate received a patent for a driving-behavior database it said might be useful for health insurers, lenders, credit-rating agencies, marketers and potential employers. That patent also said the invention has the potential to evaluate such physiological data as heart rate, blood pressure and electrocardiogram signals that could be recorded from steering-wheel sensors.

In May, Allstate floated the idea of possibly selling policyholders’ driving data, and in doing so held up Google as Exhibit A. “There are a lot of people monetizing data today,” Allstate Chief Executive Tom Wilson said at a conference. Searching on Google, for example, “seems like it’s free, but it’s not free,” he said. “You’re giving them your information, and they sell your information.” Wilson then raised the question of whether Allstate could or should “sell this information we get from people driving around to various people and capture some additional profit and, perhaps, give a better value proposition to our customers that we’re not giving today?”

Long term, car insurers’ business models are under pressure. Questions have been raised about the industry’s long-term viability given increasingly safe cars. Also, with vehicles getting more connected, some have also wondered whether Google and Apple could pose threats to car insurers, which traditionally have gathered their own loss data and kept it in-house.

Allstate’s August patent adds several other physiological measures to the list of possible characteristics to collect: the driver’s eye and head positions and the “physical or mental state of the driver, such as fatigue or intoxication,” which could be determined by “sensors that detect the content of alcohol in the air or blood-alcohol content of the driver, such as a breathalyzer.” The database also could include audio that could pick up a cranked-up stereo or animated passengers, the patent said.

External cameras could detect cyclists and pedestrians, among other things, the patent said.

“The proposed patent underscores the immense interest in data mining and data fusion,” said Frederick Lane, a lawyer and author of American Privacy: The 400-Year History of Our Most Contested Right.

“Thanks to advances in data collection, storage capacity and computing power, we increasingly will no longer be judged just on the data we ourselves generate, but on how our data compares to others and to various aspects of the ‘real world,’ such as speed limits and weather conditions,” Lane said. Allstate’s patent mentions marrying the driving data with weather conditions.

“Obviously, data fusion can only occur when data is shared among various companies and databases, but given the potential financial ramifications, consumers will be under tremendous pressure to allow such sharing,” Lane said. “The coercive techniques are already well-established: ‘To use this service/vehicle, you must consent to sharing the following information,’ or ‘You will receive the following benefits, such as lower rates, coupons, contest entries, if you share the following information.’ ”

Lane said “one potentially positive aspect of the patent” is the plan to compare a driver’s behavior to the behavior of other drivers at the same time or in the same conditions.

“An algorithm might be written to penalize a driver who exceeds the speed limit by a certain amount,” Lane said. But “if collected data reveals that a significant percentage of other drivers are doing the same thing either at the same time or on the same stretch of road, then the algorithm might not impose a penalty.”

As for possibly collecting physiological data, Lane said he believes Allstate “is at the tip of the iceberg” in terms of developing and using sensors to collect such data.