What the Fed Wants to See For Rate Hike 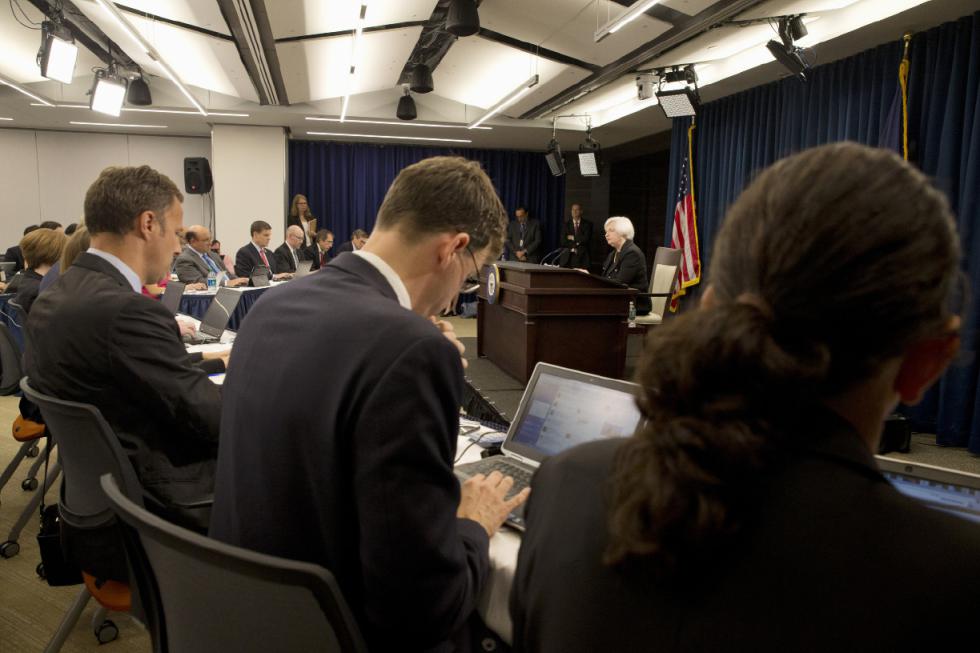 Washington — So what will it take for the Federal Reserve to finally raise interest rates?

The U.S. economy is now in its seventh straight year of expansion. It’s growing at a steady if unexciting 2.2 percent annual rate.

Unemployment has sunk from a 10 percent peak to a reassuring 5.1 percent.

Auto and home sales have accelerated.

Yet on Thursday, Fed officials declined to lift rates from record lows.

The decision left some Fed watchers mystified over what the central bank needs to see to begin phasing out a policy it launched in 2008 to help save a collapsing economy. Many consumers and businesses wouldn’t even likely feel the consequences of a single rate hike, at least not immediately.

And Fed Chair Janet Yellen has stressed that the Fed’s rate increases would be modest and gradual.

At a news conference, Yellen declined to spell out what exactly would give the Fed enough confidence to raise the federal funds rate — the interest that banks charge each other — from near zero.

“I can’t give you a recipe for exactly what we’re looking to see,” she said.

What she does see now are too many lingering risks.

Inflation is still undershooting the 2 percent target that the Fed regards as consistent with stable growth. Financial markets have turned stormy as doubts have spread about whether Chinese officials can sustain decent growth in the world’s second-largest economy.

Emerging markets from Brazil to Malaysia are struggling. Europe is straining to avoid stagnation. And falling oil prices have pulled Canada — the largest U.S. trading partner — into recession.

The doubts remain so severe that the Fed appears to consider even a mild rate hike — one that many economists say will barely affect most Americans — a step too far.

But many economists say the Fed is paying particular attention to three key gauges in weighing whether to raise rates. They say the Fed needs to see:

■ A stable dollar: The dollar has risen 14.8 percent against a basket of currencies in the past year. This has hurt U.S. manufacturers by causing their American-made goods to become more expensive abroad. It also reduces inflationary pressures because foreign-made goods become cheaper. A stronger dollar can put inflation further below the Fed’s target rate.

■ Steady oil prices: A barrel of oil has more than halved in value to $44.07 over the past 12 months. That decline has suppressed inflation. The Fed forecasts that its preferred inflation measure will be just 0.4 percent this year — a fraction of its 2 percent objective. Fed officials may be reluctant to act until they believe that oil prices have bottomed.

■ An even stronger job market: Over the past year, employers have added 2.9 million jobs, and the unemployment rate has dropped a full percentage point to 5.1 percent. The Fed considers that level consistent with a “balanced” economy. But the hiring has yet to spur faster wage growth — a trend that would improve people’s well-being and, Yellen stressed, help inflation reach the Fed’s objective.

The Fed doesn’t want to assume that all three of these economic measures will naturally improve. So on Thursday, it said essentially that it needs more time before finalizing a decision.

But even by the time of the Fed’s October or December meeting, the direction of the world economy might remain hazy. China might be unable to show within a few months that it can manage a transition to slower growth now that its years of 10 percent annual gains are over. Europe might face continued softness.

“It might not be definitive,” said Scott Anderson, chief economist at Bank of the West.

“We might have another nail-biter come the December meeting.”