Wheels: All the ‘Ford Tough’ Without the Weight

Home » Upper Valley Business News » Wheels: All the ‘Ford Tough’ Without the Weight 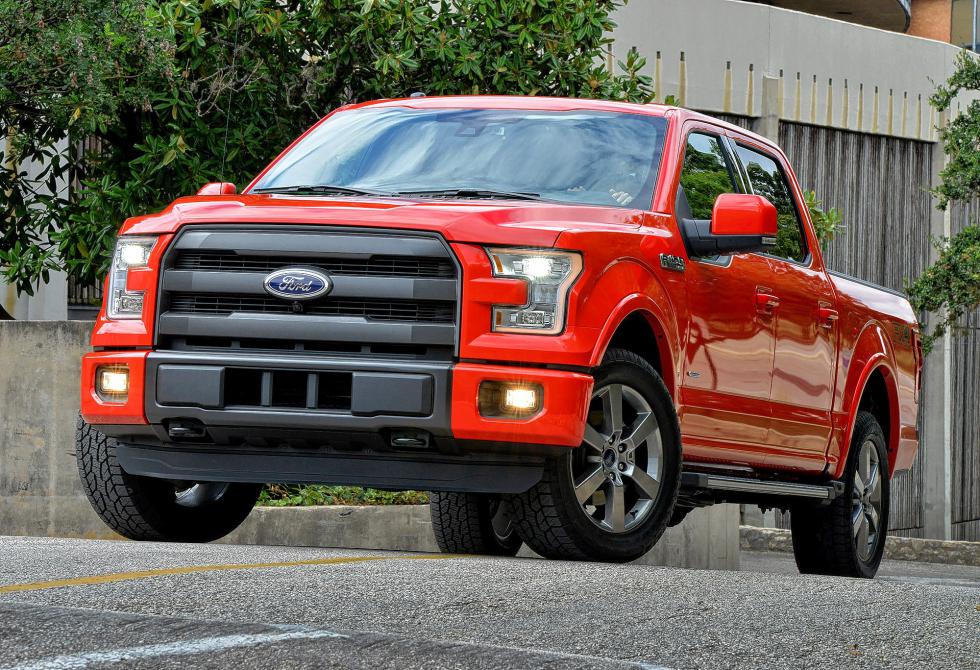 It is a gamble, but one that might be worth the risk. In the future, it could say more about the future of Ford Motor Co. than it says about any particular Ford product.

Indeed, there is something to be said about a company willing to take big chances when everything seems to be going right.

And Ford is risking something big here with its aluminum-alloy-bodied 2015 F-150 pickup truck. The F-150 has been the best-selling vehicle in the United States for 13 generations, more than 30 years. Ford did not have to mess with it, certainly not in a way that many truck lovers deem critical to its nature.

But Ford messed with it — deliberately messed with it, crowning the truck with what the company calls a “military-grade aluminum” body.

But “military-grade aluminum” is a chancy, high-tech foray into the future — one that promises better fuel and hauling efficiency for all pickup trucks and cleaner air for all communities and businesses that rely on pickups. And, possibly, it will yield longer-lasting pickups.

But the only thing now known for certain is that the use of a “military-grade aluminum” body shaves an estimated 700 pounds from the F-150 pickup truck’s weight. That is significant. Less vehicle weight generally means better fuel efficiency. If the vehicle is put together correctly, it also could mean the ability to haul and pull more stuff, simply because the vehicle isn’t pulling so much of its own body load. It is a darned good idea but a risky sell in a market traditionally wedded to the notion that pickup truck means “tough” and that “tough” means steel.

The naysayers already are forming a chorus, saying that Ford’s aluminum-bodied truck, based on a few “tests” by the Virginia-based Insurance Institute for Highway Safety, costs 26 percent more to repair than a comparable steel-bodied pickup truck pummeled with a sledgehammer or some similar object of deliberate violence.

Ford’s engineers counter that the IIHS tests are not real-world — pointing out that not all people use sledgehammers the same way with the same force, that not all crash damage, however received, is the same, and that not all repair shops handle repairs and costs the same way. That means: We will have to wait for a longitudinal, real-world reading on the crash and repair experiences of the aluminum-bodied F-150 pickups.

Ford might have given itself a public relations black eye in this matter by attempting to game IIHS crash tests by placing high-strength, lightweight steel stanchions fore and aft of the F-150’s front-wheel housing, earning the truck a coveted five-star front-crash rating.

For my part, I think Ford is to be congratulated. The company did not wait until forced to do something about the weight and fuel efficiency of its best-selling pickup truck. It is taking a big chance on aluminum, one that very well might help the company cut the weight and fuel consumption of its other products, without harming their safety.

The F-150 remains “Ford tough,” as evidenced by its excellent behavior and easy handling in driving and hauling in Northern Virginia. This one works and works well — even with its smallest displacement engine, a 2.7-liter gasoline, turbocharged V-6 delivering 325 horsepower and 375 pound-feet of torque, getting 22 gallons on the highway using regular-grade fuel.

I began this column by saying Ford was gambling on a new product strategy when it easily could have coasted and done nothing. Let me rephrase that: Ford is being the kind of corporate leader I admire.