Consumer Confidential: Duped VW Owners Wonder What Their Next Move Should Be 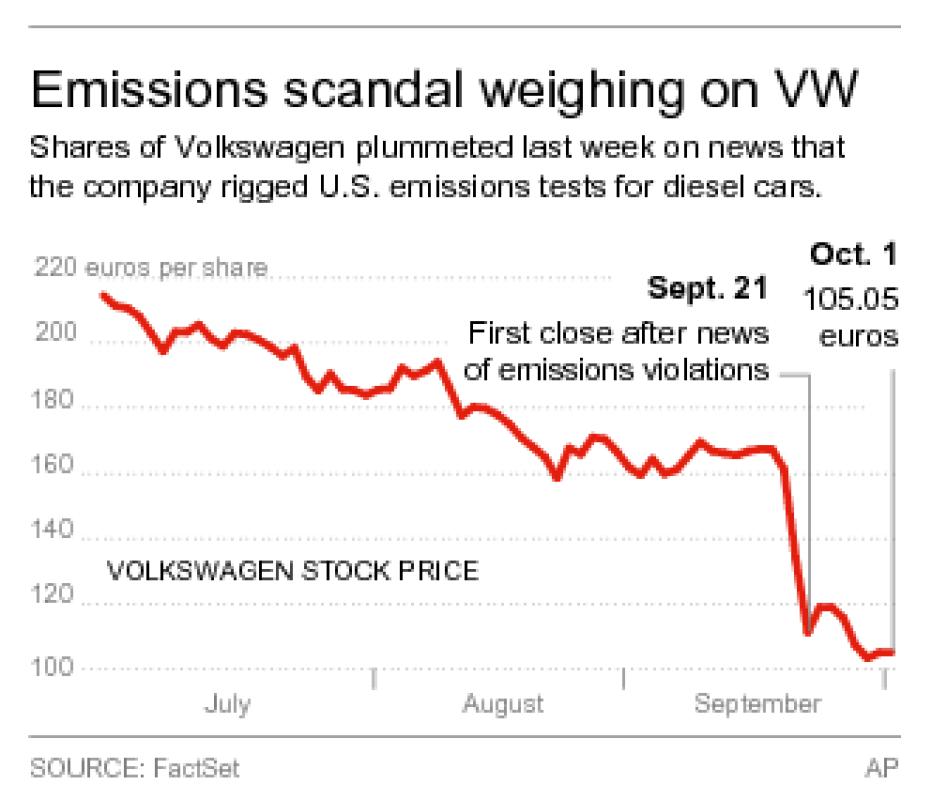 Paul Mason works for Pacific Forest Trust, a San Francisco nonprofit group focusing on environmental protection. He is, by his own admission, a tree-hugging kind of guy.

That’s why Mason purchased a Volkswagen Golf TDI five years ago. He liked the idea that he’d be driving what VW touted as a “clean diesel” car, one that delivered more oomph than a Prius hybrid while keeping pollutants in check.

Mason, 43, had no idea that the carmaker was secretly rigging its diesel vehicles with software that allowed them to ace smog tests but then perform better on the road by belching out as much as 40 times the allowable amount of emissions, according to the Environmental Protection Agency.

“I was tricked into being part of the problem when I was trying to be part of the solution,” he said. “They lied to me.”

Mason, like other VW drivers I spoke with, is now trying to figure out what to do in response to the scandal, which involves about 11 million cars worldwide.

Recalls are planned to fix the software. But that may be insufficient for VW owners who find they’re now driving a four-wheel pig in a poke with a resale value that’s tumbled alongside VW’s stock price.

It’s estimated that VW’s dubious diesels were responsible for as much as 1 million additional tons of nitrogen oxide being pumped into the atmosphere worldwide. Nitrogen oxide contributes to smog, acid rain and, at high exposure levels, lung damage.

He said he’ll likely try to trade in the car for a different make and model before his two-year contract is up – and he’s expecting the leasing firm to show some flexibility, all things considered.

For people selling a VW diesel, the situation may be a lot tougher.

Steve Presta runs a used-car dealership. He acquired a 2009 Jetta TDI in July, fixed it up and listed it on Craigslist for $8,499.

Since the scandal erupted, he hasn’t had any takers. “Maybe I’ll end up driving it myself,” he said.

A spokesman for CarMax, the nation’s biggest seller of used cars, said only that the company is “evaluating the situation.”

Michael Phomen, a used-car salesman with a 2010 Jetta TDI on the lot, said he expects no drop-off in VW diesel sales, though he expects buyers to be a lot more aggressive in haggling prices lower.

David Higgins will attest to that. He now drives a 2008 Toyota Camry hybrid but has been shopping around for a VW Golf SportWagen TDI.

“It seems like a very good active-lifestyle car for California,” said Higgins, 50.

Give the scandal a few months to blow over, he said, and VW is going to be pricing these babies to move.

“I’m feeling pretty good at the moment,” Higgins said. “There’s going to be some great deals.”

For VW diesel owners, buyers and sellers, the mantra at the moment is “Wait and see.” How will the recall play out? Will any effort be made by the carmaker to compensate people for lost value? What will happen with the nearly three dozen lawsuits that have been filed?

VW has set up a website, vwdieselinfo.com, featuring a video from Michael Horn, chief executive of Volkswagen Group of America, reiterating the company’s “sincere apologies” for betraying the public’s trust.

“When we have a remedy in place, customers will be notified,” he said.

Walter Yost, 67, who drives a 2010 Jetta TDI, thinks there’s only one remedy that will suffice: VW should buy back every vehicle affected by the cheating scandal.

He also thinks the company should atone for its environmental sins by offering a $1,000 credit for each diesel buyer to donate to the conservation group of his or her choice.

“That’s the only fair way to treat customers,” Yost said.

Yost and other diesel owners can keep their fingers crossed that the company will respond to the crisis with generosity, but the recall, lawsuits and inevitable fines will cost VW billions.

What customers likely will have to settle for is some modest compensation and a car that, after the cheat code is removed, probably has less power and worse mileage than the one they bought.

Campbell said she’s owned VWs in the past and has liked them all.

But will she ever buy another?

“I don’t know,” she replied. “Definitely not a diesel.”

David Lazarus, a Los Angeles Times columnist, writes on consumer issues. He can be reached at david.lazaruslatimes.com.