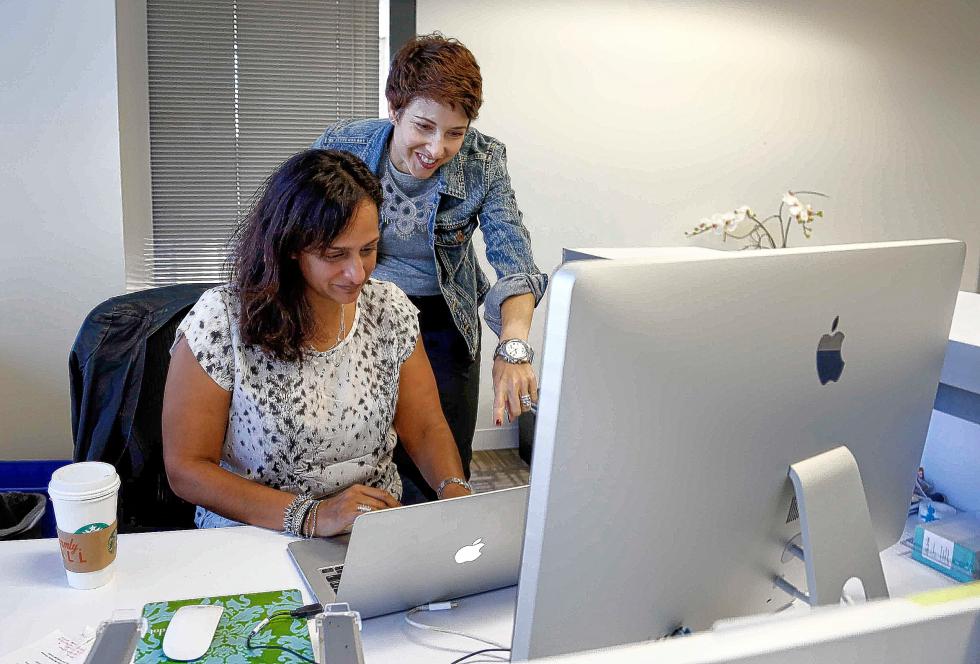 Menlo Park, Calif. — What’s taboo in some workplaces is just business for Stella & Dot employees, who use Facebook to connect with thousands of stylists selling the company’s jewelry and fashion accessories.

So when Facebook approached the California company this year about testing a separate version of the social network, called “Facebook at Work,” Stella & Dot jumped on board, joining more than 100 other businesses.

“There isn’t really a strict line for us between social media in the workplace versus social media out there in the world. We blur the identity quite a bit,” said Meera Bhatia, Stella & Dot’s vice president of product.

Facebook, where 1.5 billion people share wedding photos, vacation selfies and random thoughts, is making its way into the office and plans to launch a work version of the site in several months. But as the world’s most popular social network tries to shed its image as a website meant only for personal time, Facebook will also have to convince a variety of businesses that the work version can foster collaboration more than procrastination, experts say.

“We’ve all seen the five seconds when a boss walks by and somebody clicks out of Facebook,” said Rebecca Wettemann, vice president of Nucleus Research, an information technology research firm in Boston.

The social media giant isn’t the first tech firm to offer a social tool to help employees communicate with their co-workers, Wettemann noted; Salesforce’s Chatter, Microsoft’s Yammer, SAP’s Jam, IBM’s Connections, LinkedIn and Slack are just some of the other options already available.

Research on those sites shows they can make employees more productive. For example, Nucleus Research found in 2011 that users of Salesforce’s Chatter experienced a 12.5 percent bump in productivity because of fewer emails and a more rapid access to work information.

“We see social collaboration driving productivity when it’s linked to giving employees better information to do their jobs. Facebook’s challenge is breaking its perception of ‘social not working’ to show how they can really provide value in the workplace,” Wettemann said.

About 88 percent of employees surveyed by law firm Proskauer Rose in 2013 and 2014 revealed they harnessed the power of social media for business, up from 76 percent in 2011.

But the survey also showed that many employees are using social media in ways companies might disapprove — goofing off at work, leaking confidential information, posting disparaging remarks or harassing co-workers.

About 36 percent of employers worldwide still block access to social media, the survey found. State workers in South Carolina, for example, have been barred from using social media sites since July unless it’s part of their jobs. Investment banking firms, which are required to keep records of business communication on any device or website that their employees use, are also known for blocking sites such as Facebook, Twitter and YouTube at work.

Even though Facebook at Work looks identical to a person’s personal Facebook, it’s meant solely for communicating with co-workers, which could make users think twice about what they’re posting.

“People will be more careful about what they post because they know it’s going to be surveilled. There’s also probably a fear by some people that you don’t want to use Facebook too much in the workplace because you’ll be perceived as not doing your job,” said Gloria Mark, an informatics professor at the University of California, Irvine.

So far, Facebook says that businesses testing the work version of the site are giving it a thumbs-up. Employees are making faster decisions, gathering information quicker, learning about co-workers in other offices, sharing updates on projects and getting recognized in real time for their accomplishments, the company said.

“Everything is based on the value and feeling of being connected, which in the workplace results in a more productive environment,” said Julien Codorniou, Facebook’s director of global platform partnerships, who oversees Facebook at Work.

The Menlo Park tech firm is expected to offer a free version of Facebook at Work and then charge for extra features.