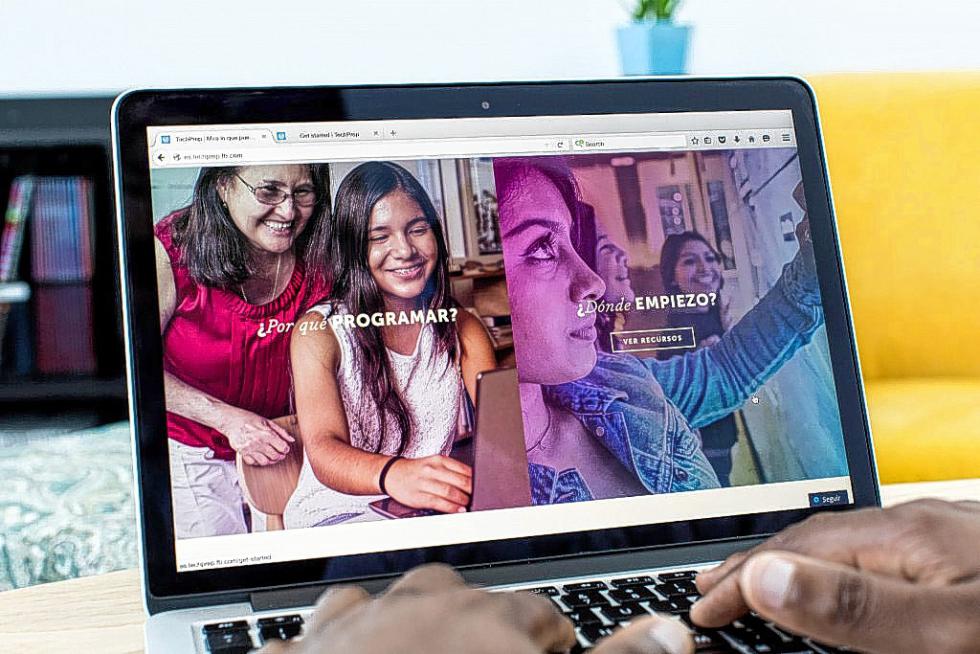 There’s little doubt that there’s a race and gender gap in the tech industry. Look at any of the major tech firms’ diversity reports and you’ll see that there are proportionally fewer women, blacks and Hispanics in the tech world — particularly when it comes to engineering positions.

That’s the problem, and it’s one we know well. But what could be the solution?

Facebook has its own theory, which it’s trying to prove with the launch of Tech Prep, a website devoted to providing resources about computer science and computer engineering to underserved communities. The site is meant to act as a jumping-off point for anyone interested in learning about the basics — or even some more intermediate lessons — about coding. In many ways, it’s similar to a slew of initiatives we’ve seen from Google, Apple and others to get more young people interested in programming jobs.

Another unique mission in Tech Prep’s sights, however, is to make sure that everyone actually understands what computer science is. Facebook, with the support of McKinsey and Company, launched the site with the aim of starting that education at home by focusing not only on kids — but also on parents.

A survey Facebook commissioned that found many parents had almost no idea what a computer science job actually entails. Eighty-three percent of lower income and non-college graduate parents or guardians said they did not know how to help their kids pursue a career in computer science.

And, as a result, many of their kids may not even know what they are missing.

Tech Prep has specific resources for parents with children from the age of 8 to “25+” as well as for any self-starters who want to find their own resources. The site has been designed in both English and Spanish and works fully on mobile devices for those who may not have regular access to a PC. It even has downloadable lessons for those who may be accessing Tech Prep from a share computer — such as at a school or library — so that you can learn your high-tech skills offline. You can also enter your ZIP code to look for resources near you.

And for those who want a basic primer of what a programmer is, Facebook has also included information about how much programmers make and how much school they require. It also has profiles of individuals — men and women of all races — in a variety of programming jobs.

Showcasing those individuals was key, Williams said. “We really focused on the … visuals. We found people who look like the people we’re trying to attract.”

To further spread the word, Facebook is also taking elements of Tech Prep on the road.

Williams said she will be visiting communities with high concentrations of blacks, Hispanics and Latinos to bring the message home. Facebook is also partnering with groups such as the Boys and Girls Club of America and others to get the word out in communities across the country.

And, of course, it will also be advertising Tech Prep as a free resource on its own social networking site. When you have the attention of more than 1 billion users, after all, you may as well use that stage.