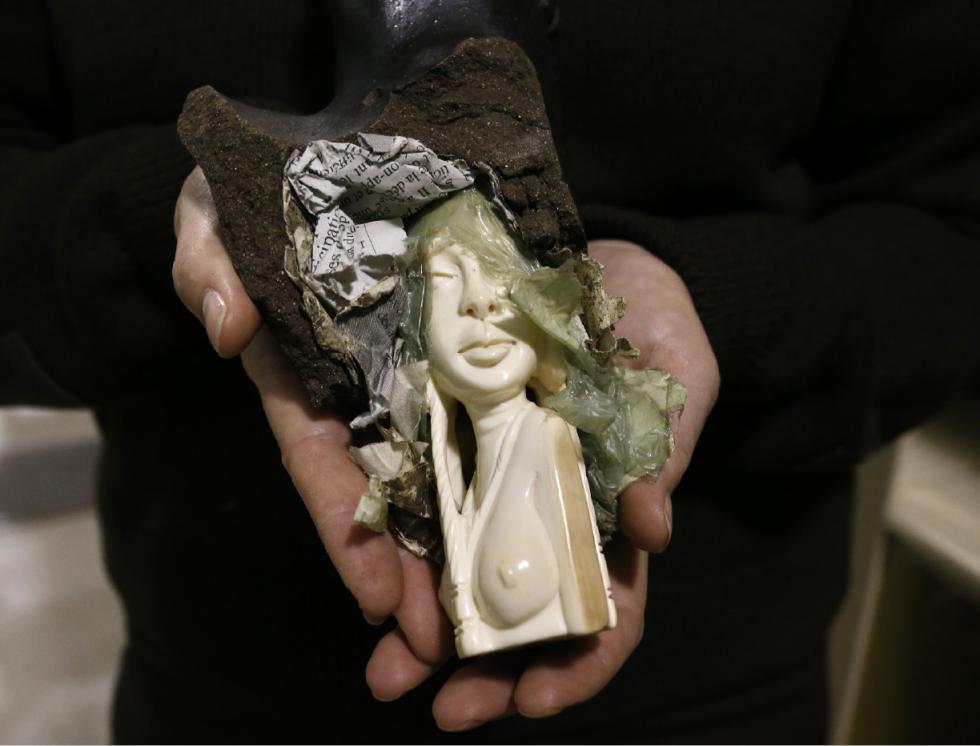 In this Oct. 20, 2015 photo, supervising wildlife repository specialist Coleen Schaefer holds a seized ivory carving which smugglers tried to conceal inside pottery, inside a warehouse at the U.S. Fish and Wildlife Service’s National Wildlife Property Repository in Commerce City, Colo. More than 20,000 elephants are being killed annually despite some progress in anti-poaching efforts and the increasing awareness of governments, according to Lamine Sebogo, a representative from the World Wildlife Fund in March 2013. (AP Photo/Brennan Linsley)