Back to the Future

Home » Upper Valley Business News » Back to the Future 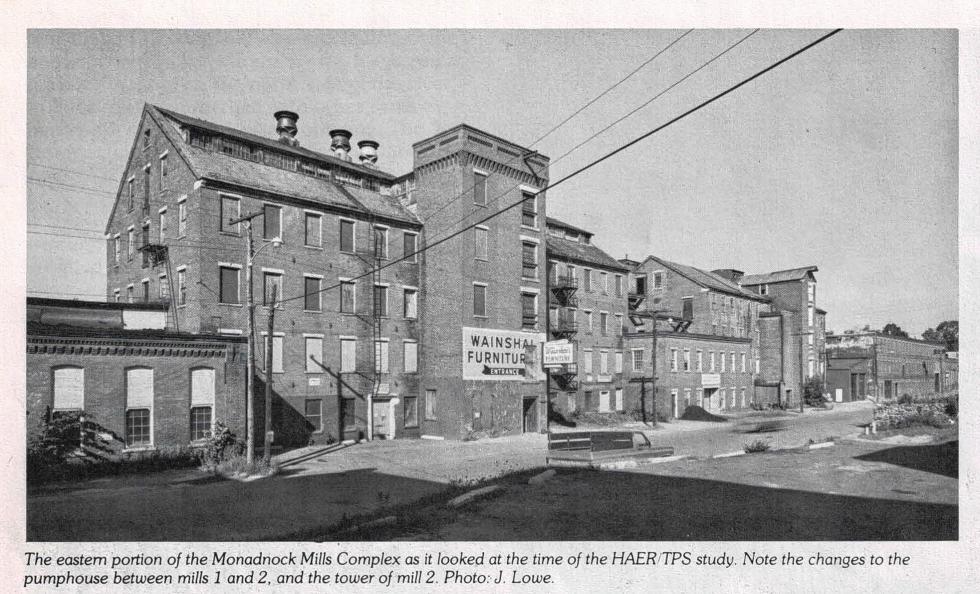 The Wainshal building (Mill No. 2) as it appeared in 1978. It was built in 1853 as part of the Monadnock Mills complex, which closed in 1932. To the left is the two-story Monadnock Mills Wheel and Pump House, built in 1874, which later housed Claremont Water Works. To the right is the one-story Monadnock Mills Weave Shed, built in 1876, which became Shulins Woolen Co. The image comes from "Rehabilitation: Claremont 1978, Planning for Adaptive Use and Energy Conservation in an Historic Mill Village," issued by the Heritage Conservation and Recreation Services of the U.S. Department of the Interior. (Courtesy of Claremont Historical Society) 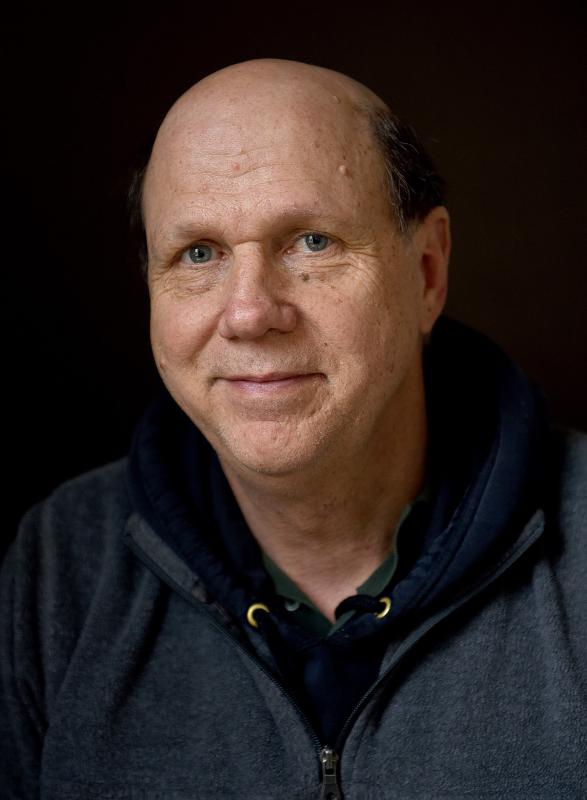 Looking down the Sugar River as it flows under Puksta Bridge on Claremont’s Broad Street, the city’s robust manufacturing past, its slow industrial decline and recent renewal can be envisioned all at once.

The brick buildings that border the south side of the river once hummed with textile machinery operated mostly by immigrant labor. From the mid-1800s through the early 1900s, Monadnock Mills grew steadily with the construction of mill buildings and tenement housing along the river and on Water Street.

At its peak in the mid-1920s, Monadnock employed 600 people and was known worldwide for its Marseilles quilts, purchased by some of the finest hotels in the country, and quality bedspreads, which are believed to have been on the ill-fated Titanic when it sank in 1912. A changing labor market and the Great Depression doomed the company. It was shuttered in 1932, the equipment sold and the buildings left to area ownership.

One of the more prominent structures in the Monadnock complex was Mill No. 2, built in 1853. It sits where the river turns slightly to the north before cascading over a dam. Decades after Monadnock Mills closed, Mill No. 2 eventually would come to be known as the Wainshal Furniture building, the name of the last business to occupy the space in the 1980s.

Today, a sign affixed to the building high above the river faces upstream toward the Puksta Bridge and announces the current tenant, Red River Computer Co., which occupies about half of the building’s 62,000 square feet on the top three floors and has grown into a leader in its industry — computer information technology services — in much the same way Monadnock Mills was a leader in its field a century ago.

After Monadnock’s closure, the buildings saw a number of occupants and investors over the next 60 years, and while those efforts yielded some success, they never had the same impact on the local economy that Monadnock Mills did for nearly 90 years.

In the 1960s, a city Planning Board study recommended the Monadnock complex be razed and a large park be created between Crescent Street and the river. Another study conducted in 1978 spoke of a mix of residential, retail and commercial redevelopment of the Monadnock complex.

Some buildings had to be demolished due to their condition, but one survivor was Mill No. 3, which was renovated into state office space in the early 1980s.

More recently, the Monadnock Bleach House, built in 1902 on the corner of Water and Broad streets, was renovated and now is home to Ramunto’s Pizza. And in August, the city approved a tax relief program for an area business that plans to renovate another Water Street and former Monadnock building that once was used as a boardinghouse.

The city took possession of three vacant Monadnock buildings on Water Street in the 1990s, and as the end of the 20th century approached, there was serious talk of tearing the structures down rather than letting them deteriorate any further. A bid for $1 million to raze the buildings was received, but no action was taken.

Then, around 2000, the city received federal grants to construct a visitors center along North Street above the river and a pedestrian bridge linking the center to the mill district, again raising hopes that the landmarks symbolizing the city’s rich manufacturing history could be saved and rehabilitated.

In 2000, the former Woven Label building was sold for $1, but the city repossessed it four years later after the owner failed to make required improvements. There was other interest in the buildings but prospective investors relied solely on state and federal grants for funding, not their own capital, so the offers were rejected. The concept of a culinary arts school, in collaboration with the community college, in one of the buildings also went nowhere.

“We decided to take one last shot,” said Nancy Merrill, director of planning and development.

In spring 2004, requests for development were publicized and, as Merrill recalled, she picked up the phone and made a cold call to Alex Ray, owner of the Common Man restaurants.

Ray said he was interested in the Woven Label building, but not if the other buildings — Wainshal and Peterson Plastics, on Water Street — were left in their rundown conditions, Merrill said.

A second round of requests brought in Burlington developer John Illick, with Ray collaborating with Rick Bolduc, CEO of Red River, which at the time was located in Lebanon and was looking for a place to expand.

“Convincing Red River to be a tenant in the Wainshal was a key piece,” City Manager Guy Santagate said when the Wainshal building opened in spring 2009, with The Common Man Inn on the first two floors. More recently, National Field Representatives has moved into the third floor.

When city officials went through the Wainshal building for the first time, it was a memorable experience — and a little scary.

“The fire department had a ‘do not enter’ order, unless it was to save a life,” Merrill said.

“I think if we waited another 12 months, we would have had to tear the building down,” Merrill said.

Instead, investors put about $25 million into the Wainshal, the Woven Label and the former Peterson Plastics building. The city invested millions in infrastructure improvements on Water Street and construction of a parking garage on Main Street, across from the mill buildings.

Merrill said it took a unique combination of investors to bring about the rehabilitation of the buildings, which had been placed on the National Register of Historic Places in the late 1970s.

“I think all three companies had a vision for historic structures and a sense of the kind of space that they could become,” Merrill said.