Hewlett-Packard Set To Split Into 2 Firms 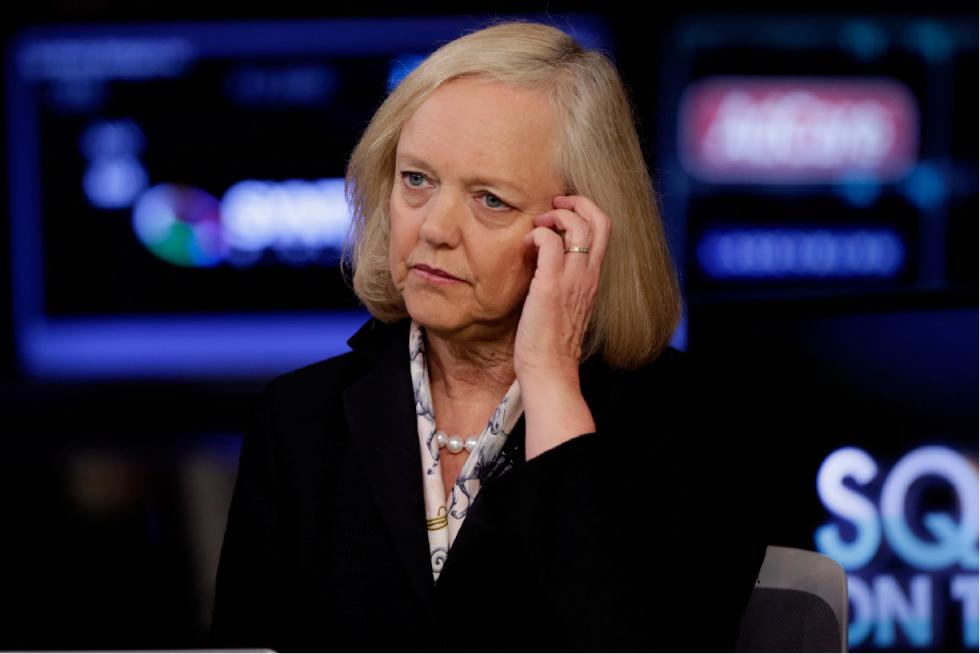 FILE - In this Aug. 21, 2014, file photo, Meg Whitman, CEO of Hewlett-Packard, is interviewed on the floor of the New York Stock Exchange in New York. Hewlett-Packard, one of the nation's most storied tech companies will split in two this weekend of Oct. 31, 2015, another casualty of seismic shifts in the way people use technology and big-company sluggishness in responding. (AP Photo/Richard Drew, File)

San Francisco — One of the nation’s most storied tech companies will split in two this weekend, another casualty of seismic shifts in the way people use technology — and big-company sluggishness in responding.

Hewlett-Packard was an early pioneer of what became the model for Silicon Valley startups: Founded in 1939 by two Stanford graduates in a Palo Alto, Calif., garage, HP was long celebrated for its engineering know-how and laid-back corporate culture. It made hefty profits as it grew into a multinational giant that sold a wide range of computer gear and commercial tech services.

But after struggling to keep pace with recent trends like the rise of smartphones and cloud computing. HP’s board decided last year to create two smaller companies, each with a narrower focus.

HP’s current chief executive, who pushed for the split, says the new spinoffs will be more nimble. CEO Meg Whitman will run HP Enterprise, while PC industry veteran Dion Weisler will lead HP Inc. Each will be independent, with “flexibility to respond to a constantly evolving market,” Whitman told an investor conference last month. “With less to focus on,” she added, “each company will do core things better.”

By dividing HP into roughly equal halves, analysts estimate, each spinoff should produce more than $50 billion in sales next year. But skeptics say neither will have the clout of the old HP, which became a leading consumer brand while using its vast size to negotiate volume discounts with suppliers and big contracts with business customers.

“They won’t have the impact that HP once had, now that they don’t have the depth of portfolio they once had,” predicted Rob Enderle, a longtime industry analyst. “It’s not clear what HP is anymore.”

Each of the spin-offs will face significant challenges: Demand for PCs and printers is continuing to decline, as more people use mobile devices and store their documents and photos online in the cloud. And in the commercial computing sector, more businesses are using online software instead of buying servers and other hardware from companies like HP.

HP recently said it’s giving up on competing directly in cloud computing, a growing business in which companies large and small run software in remote data centers operated by Amazon and others.

The same trends are rocking other long-time tech giants. Microsoft has been forced to change the way it sells software, as fewer people buy PCs that run its Windows operating system. PC-maker Dell is shifting its focus to corporate data centers, paying $67 billion to acquire commercial computing giant EMC Corp.

IBM, meanwhile, has sold off units that made personal computers, servers and microprocessors as profits declined in each. It’s investing in new sectors with more growth potential, such as data analytics, cybersecurity and cloud computing.

Along with external pressures, HP has struggled with internal problems — a series of controversial CEOs, botched acquisitions and scandals involving top executives and directors.

Critics still debate the wisdom of an earlier decision to spin off a unit that made scientific testing and measurement gear. That was HP’s original, and some believe its most innovative, business. It became Agilent Technologies in 2000.

As for the new spinoffs, Forrester’s Burris said he’s not ready to count them out. “It’s reasonable to think both can be thriving companies, but a lot will come down to the quality of their management.”