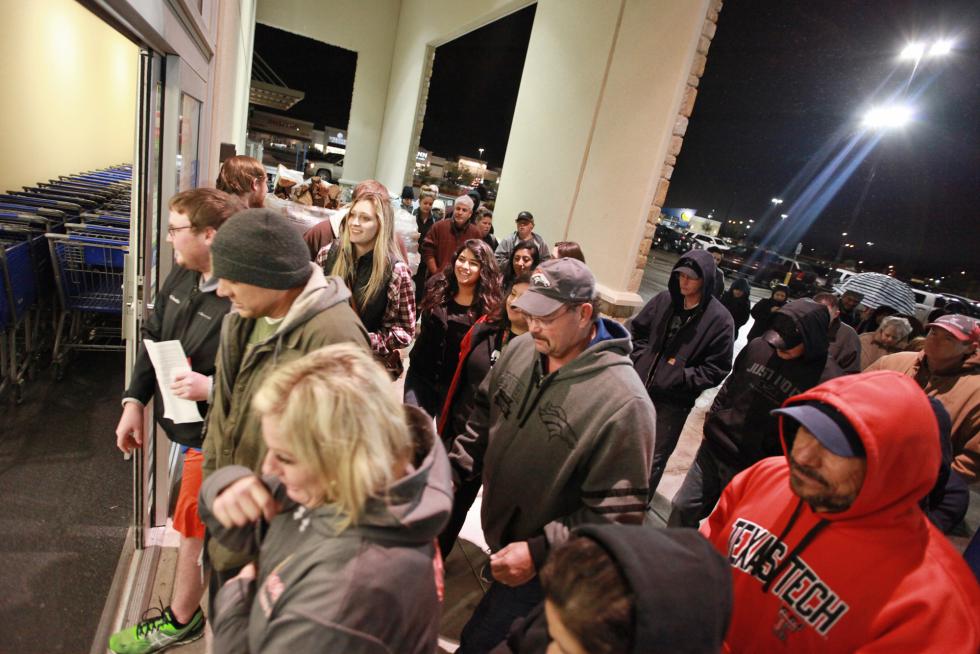 Shoppers rush through the entrance to the Academy Sports+Outdoors at 5:00 a.m. in the Chimney Rock Shopping Center on Friday, Nov. 27, 2015, in Odessa, Texas. Early numbers arent out yet on how many shoppers headed to stores on Thanksgiving, but its expected that more than three times the number of people will venture out to shop on the day after the holiday known as Black Friday. (Jacob Ford/Odessa American via AP) MANDATORY CREDIT