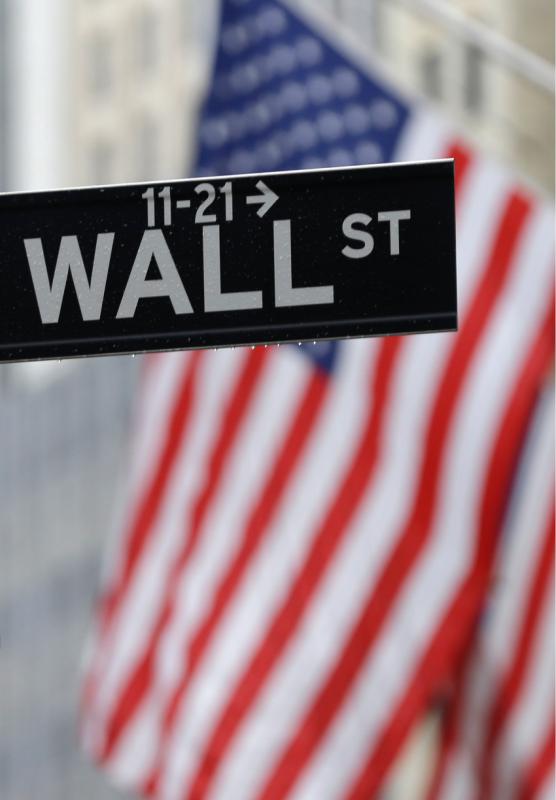 FILE - In this July 9, 2015 file photo, a Wall Street sign is seen near the New York Stock Exchange in New York. U.S. stocks moved lower on the last day of the year as the market headed for a sluggish end to 2015. (AP Photo/Seth Wenig, File)

U.S. stock markets had their worst year since 2008. Equities finished the volatile year slightly lower than where they started, reducing expectations for 2016.

The Dow Jones industrial average ended the year down 2.2 percent and the Standard & Poor’s 500-stock index fell 0.7 percent. It marked the first year of losses for the Dow since 2008. The tech-heavy Nasdaq was the only major U.S. index to rise, gaining 5.7 percent.

But despite the nearly flat finish for the broader market, 2015 was marked by some notable ups and downs. Performance throughout the year was marked by changing expectations about when the Federal Reserve would raise interest rates, concerns about a slowdown in emerging markets and the continuing trend of sinking oil prices, which ended the year down 30 percent with U.S. oil closing at $37 a barrel.

Six of the 10 S&P 500 sectors notched losses for the year, including a drop of more than 23 percent for the S&P 500 energy index. Utilities stocks fell 8 percent, and the materials index slid about 10 percent.

“The bottom line is there was a lot of volatility under there,” said Howard Silverblatt, senior index analyst for S&P Dow Jones Indices.

Among the winners were consumer discretionary stocks, including retailers, hotel companies and car manufacturers, which climbed 8 percent for the year. Health-care stocks also had a strong year, with the index climbing 8 percent.

There were also wide differences among the performance of individual stocks. Winners included Netflix and Amazon.com, which gained 134 percent and 118 percent, respectively, for the year. Apple fell more than 4 percent, logging in its first annual loss since 2008. Bed Bath & Beyond, hurt by falling profits, lost 36 percent. (Jeffrey P. Bezos, the founder and chief executive of Amazon, owns The Washington Post.)

“If you were a stock picker, this was your year to shine or cry, depending on how you did,” Silverblatt said.

After trading relatively flat for the first half of the year, stocks tanked over the summer amid fears of a slowdown in China and other emerging-market countries. In the notable flash crash of Aug. 24 that roiled stock markets and led to outsize volatility among exchange-traded funds, the Dow Jones industrial average plunged by 1,000 points in early trading before paring some of those losses. Markets rebounded over the next several months after investors became encouraged by stronger jobs reports in the United States and reassurance from China’s central bank that it would take steps to boost markets there.

Then in December, global markets rallied temporarily when the Federal Reserve raised short-term interest rates for the first time in nearly a decade. But the gains didn’t last as the Dow and S&P 500 slid by 1 percent on the last day of the year.

Going into next year, some pros say they expect stocks to be lifted by stronger jobs growth, a potential pickup in wages and mild inflation. Many investors will watch the Fed to see how quickly officials raise interest rates. Fed officials assured investors they will move gradually, which could reduce any chances of shock to the markets, analysts say.

Investors will also keep an eye on the pace of economic growth in Europe and China, which could drag down the U.S. economy, Silverblatt said.

Low oil prices will continue to present a mixed bag for the U.S. economy. Consumers are finding themselves with some extra cash but not enough money to dramatically alter their spending habits. Companies that rely on oil, including airlines, are benefiting from lower production costs, said Jeremy Glaser, markets editor for Morningstar, a fund research firm. But oil companies are suffering and could be forced to cut jobs if prices keep falling. “I think the jury’s still very much out on what the impact of (low oil prices) could be,” Glaser said.

In all, investment managers and economists say the break-even year for equities could be a start to more subdued stock market returns after roughly six years of gains.