Distinctive Look in the Crossover Class 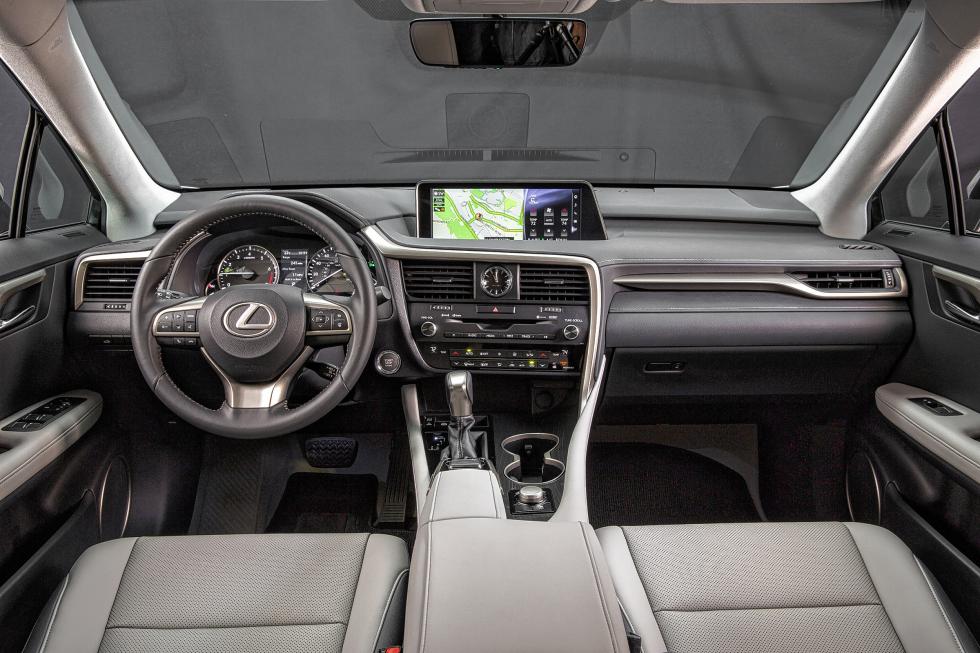 The interior dash of the 2016 Lexus RX is quite layered, with a wide center console that is congested at the gear stack. (Dewhurst Photography/Lexus) 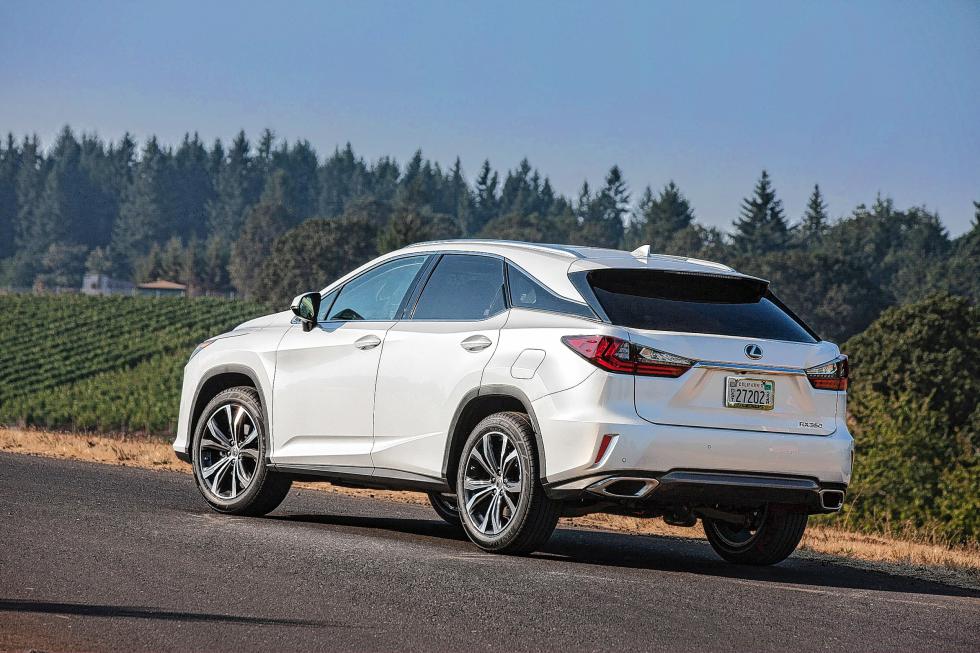 The angles on the 2016 Lexus RX can be harsh, but it's a necessary improvement ot a design that had grown dowdy. (Dewhurst Photography/Lexus)

The Lexus RX did to premium midsize crossovers what the Toyota Camry did to mainstream midsize sedans. In defining the segment, the RX inevitably succumbed to the compromises of having widespread appeal. The inside was exceptionally quiet, but the handling was numb; the inside was roomy, but the body design was eggish; it was always nice but never exceptional.

The polished features straddled luxury and mainstream very well until every automaker started offering either entry-level luxury cars or mainstream models with luxurylike trim offerings. The best-selling RX became what every automaker wants but few car buyers ask for: common.

On the other hand, it has what most car buyers want: a well-deserved reputation for retaining its value, lasting an eternity and being reliably dependable.

Lexus is packaging those traits in a new design that is anything but common.

Introduced for model year 1998, the RX was the prescription to propel the Lexus premium brand into the mainstream. The midsize crossover is the best-selling model in the brand’s 26-year history and partially responsible for luring shoppers away from sedans and large SUVs into the crossover space, which for the first time in 2015 became the best-selling segment in the U.S.

At 8 years old, the outgoing RX was overdue for a full redesign. The midcycle refresh for model year 2013 was mostly cosmetic, featuring the giant spindle grille that has become the face of Toyota’s luxury brand. The fourth-generation 2016 model is an aggressive update on the inside and out, featuring the latest advanced safety features and technological conveniences.

For 2016, the spindle grille dominates the fascia with a pouty diffuser and sharply angled lines everywhere. The Nike swoosh LEDs and high beam adaptive lights cut a sportier, almost Dirty Harry glare into a crossover that dared very little with the outgoing model. The hard-cut angles continue down to the rear, where the once oblong tail has been chopped off for a heavily slanted rear windshield, or floating roof. A roof spoiler and twin rectangular tailpipes complete the exterior redesign.

The angles can be harsh — so much so that it looks like it swallowed a shark — but it’s a necessary improvement to a design that had grown dowdy.

We tested the F Sport performance trim, which was first made available on the 2013 refresh. It comes in all-wheel drive only. Aside from 20-inch alloy wheels and a sportier suspension with adaptive dampers, the trim is mostly cosmetic and includes heated and ventilated sport seats.

F Sport also comes with small paddle shifters that let the driver overtake the eight-speed automatic transmission. The turbocharged NX200t is the more nimble crossover, offered new last year to fill the compact crossover hole in the Lexus lineup. The 3.5-liter V-6 engine generating 295 horsepower and 267 pound-feet of torque is plenty to get the crossover moving but not enough to get the heart pumping. It just doesn’t have that performance element, and the vast majority of people considering the RX 350 shouldn’t care.

Yet the F Sport premium of about $6,000 promises a heightened degree of sportiness. Switching it into Sport Plus mode will cause the speedometer to take center stage in the dynamic instrument cluster. The suspension tightens up, so there isn’t as much roll and the driver feels the road a bit more, but not enough to feel as if you’re driving something other than a crossover. There’s a little punch from the accelerator that might please harried parents jetting crosstown from one activity to another.

Our model came in hot rod red leather seats (Lexus calls it Rioja) against black soft-touch surfaces on the doors and dash. Red leather is eye-catching, even if you’re not Italian, and it made the sporty aluminum pedals and foot plate jump out.

The interior dash is as layered as a Frank Lloyd Wright house. The horizontal center stack flows down into a wide center console that is congested at the gear stick. Heated seat buttons wedged between the gearbox and center stack favor thin fingers.

A wide, crystal-clear 12.3-inch monitor protrudes from the dash like the top floor of Wright’s Fallingwater. It is controlled by buttons and dials on the center stack, or the mouselike, rectangular controller on the console that remains difficult to use while driving, no matter how smooth the ride. Redundant steering wheel controls clunk up the F Sport wheel, which comes with a sharper instrument cluster and vehicle info display.

The test model came with the Lexus Safety System ($2,250), which includes loud alerts warning of lane departure, and a pre-collision system that detects pedestrians nearing or around the car. The wide monitor provides one of the best rear-view camera displays we’ve tested. The motion-activated rear gate, where you wave a hand or elbow in front of the Lexus badge, is a convenience most owners will appreciate more than the Sport Plus setting.

The redesign is distinctive without being daring, which is a safe bet for a best-selling model. The F Sport trim ups the visual coolness, without delivering much behind the wheel.

Parting shot: Distinctive without being daring, the overdue redesign is a safe bet for a best-selling model.