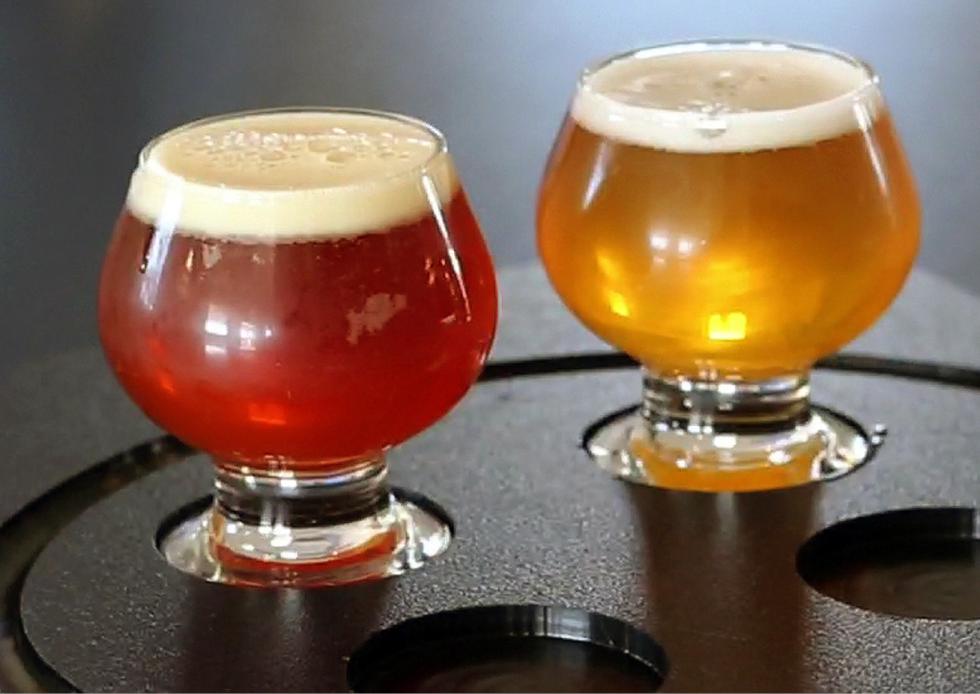 FILE - In this May 7, 2015 file photo, craft beers are served at the Maine Beer Company in Freeport, Maine. With an explosion in growth in the craft beer industry over the last decade, some universities are now offering classes on the business of craft beer. One of the newest is an online certificate program being offered by the University of Vermont starting in February 2016. (AP Photo/Robert F. Bukaty, File)

Montpelier — With an explosion in growth in the craft beer industry over the last decade, it’s not enough to simply have a passion for brewing and beer when it comes to starting a brewery or working for one as the industry gets more competitive.

Recognizing that, some universities are now offering online programs on the business of craft beer.

In the last decade, the number of craft breweries has grown to more than 4,000 in the U.S. today, from more than 1,400 in 2005, according to the Brewers Association.

A lot of breweries started out five or 10 years ago with a focus on beer, said Gregory Dunkling, director of the University of Vermont’s new online business of craft beer certificate program, which starts in February. Back then, a home brewer may have been able to create some great recipes but didn’t have the business acumen so along the way hired staff to cover marketing, sales, the business operation, he said. It’s harder to pull that off today.

As the industry has grown and become more competitive, the bar has been raised for those starting a brewery or working for one, said Bart Watson, chief economist with the Brewers Association.

“Certainly the demand for people with a high level of brewing knowledge has gone up and on the business side as well. So I think we’re seeing a variety of different programs look for ways that they can capitalize on that,” he said.

Portland State University in Oregon started an online business of craft brewing program in 2013, with the first cohort filling up in the first week with around 40 people. It’s become one of the school’s most successful professional certificate programs, drawing people from around the world, said Scott Gallagher, the university’s director of communications.

“We discovered that there’s a huge need for people who wanted to get a certificate. They didn’t necessarily want to go to college or already had a college degree and wanted to open up a brew pub,” Gallagher said. They needed some basic and more advanced knowledge, such as in marketing, he said.

The demand is so high that Portland State is looking at how to develop and expand the program, Gallagher said.

“The truth is … it’s not all about brewing and drinking beer. There’s a lot of business behind it as well and that’s usually what they’re lacking,” he said.

University of Portland and San Diego State University’s College of Extended Studies also have business of craft beer certificate programs. Classes for San Diego State’s program are held at local breweries and at the university, but not online.

So far, the University of Vermont program, in a state that has made a name for itself for its craft beers, has drawn applicants from around the country — Arizona, Florida, Georgia, Oregon and Texas, and about half are from the Northeast, Dunkling said.

The program costs about $4,400 for the two courses: one on the fundamentals of craft beer and a second course of students’ choosing focused on digital marketing, sales or business operations. Apprenticeships with a network of breweries and distributors are also available.

Industry officials agree there’s a need for education and knowledge in the industry and different ways to get it, whether through experience, hiring talent or training, which some breweries provide.

As outside investors and larger breweries become increasingly involved with craft brewing, Harpoon Brewery, which has breweries in both Boston and Windsor and will be offering apprenticeships to the UVM students, feels a need to maintain its independence.

“Hiring talented people is a critical part of that effort,” Rich Ackerman, Harpoon’s director of human resources, said by email. But the company cautions anyone against thinking of craft brewing purely as a business. “It’s a passion project, first and foremost,” he said.