Vt. Town Rallies to Save Its Store 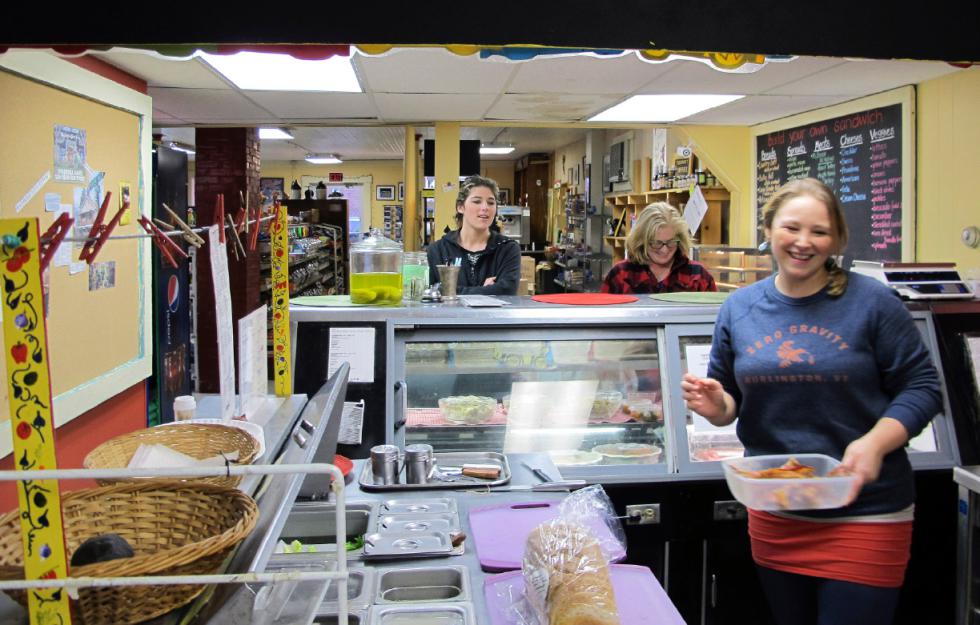 In this Dec. 18, 2015 photo, Becca Turner, right, works in the deli as Shanely and Catherine Tarrant await their order at the Underhill Country Store in Underhill, Vt. The 130-year-old store, a community hub, was at risk of closing after the owners decided to retire but had trouble selling it. The community rallied, raising just over $39,000 in four days to save the store. (AP Photo/Lisa Rathke) 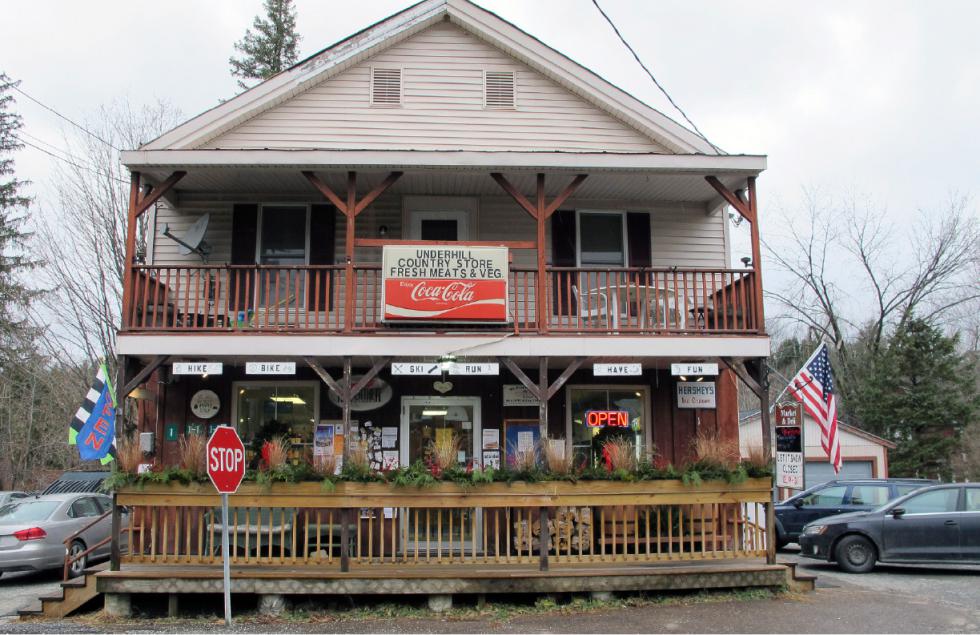 This Dec. 18, 2015 photo shows the Underhill Country Store in Underhill, Vt. The community rallied to keep the 130-year-old store open with plans to turn it into a cooperatively owned business after the owners, who are retiring, had been unable to sell it. Residents said the store is vital to the community. (AP Photo/Lisa Rathke)

Underhill Center, Vt. — In this rural town tucked into a valley at the base of Vermont’s tallest mountain, the 130-year-old Underhill Country Store is more than a place to pick up staples. It’s the community’s social hub, where residents can order a turkey, avocado and bacon sandwich from the deli, get a cup of coffee, sit down and chat with their neighbors.

When word spread that the store would be closing, members in the community of about 3,000 knew they had something to lose. So they banded together and came up with a plan to buy it, creating Vermont’s newest co-op.

“It’s not the store that makes this special. It’s the fact that people come here and you trust that you’re going to find some good company and you’re going to find some really friendly faces when you walk in,” said Kyle Clark, whose children ride their bikes to the store for a sandwich or ice cream. “And when you drive by here every night on the way home from work, you’re not going to see you know a rundown tenement or a 7-Eleven.”

On the outside, it’s nothing special. It looks like an older home or small apartment building. Inside, warm yellow walls and a blue-and-cream checkered floor greet customers, with two tables and an assortment of mismatched wooden chairs at the two front windows.

Essentials line the shelves. Toward the back is a deli counter and kitchen, with sandwiches and soup to eat in or take out. The store also sells locally produced maple syrup and honey and carries a vast wine selection.

“You tend to linger, you know, with the deli and fresh coffee and tables, people tend to stay, and it’s a real connection,” said resident John Koier. “I think it’s vital.”

But after four and a half years as owners, Peter and Nancy Davis decided a year ago that they’d retire. They put the store on the market but got no takers, even after dropping the asking price from $450,000 to $325,000.

This past autumn, they decided they didn’t want to put off retirement any longer and said they would close Dec. 6 if it wasn’t sold.

Concerned townspeople raised the rallying cry. About 25 people attended a meeting in early November to discuss what could be done. A second meeting in late November came just days before the store was to close.

Ultimately, residents decided to form a cooperative, buying shares in the store.

After some negotiations, the Davises said they would rent the building to the cooperative with an option to buy it for $300,000 for the first year. They also said that they were willing to stay in the store for another two weeks to keep it open but that the group would have to generate enough momentum in a four-day span to show they could pull it off, said Clark, who led the effort.

The store had been winding down its inventory in preparation for closing. Then came signs of life.

Peter Davis hung a sign outside saying the store was potentially staying open and encouraging residents to join the co-op.

By Sunday night, residents had pledged just over $39,000 and Davis hung a new sign: The store was staying open.

The newly formed board of trustees that will pick a new general manager knows replicating the homey, welcoming culture the Davises had nurtured will be a challenge. Before the couple retires, they’ll train the new manager before the store changes hands on Jan. 15.

“It’s just a wonderful, wonderful spot for the community,” said resident Cindy Hamlet, “and I’m so happy that it’s going to be a co-op.”