Fast-Food Giants Battling It Out in Latest Price Fight 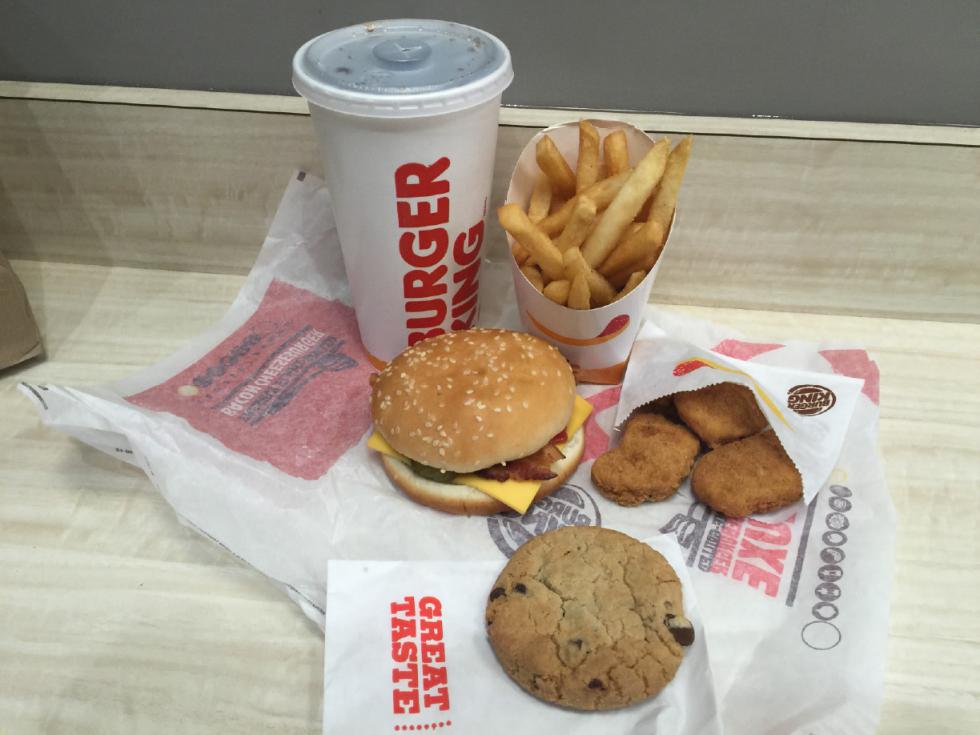 This Monday, Jan. 4, 2016, photo, shows a "5 for $4" deal at a Burger King restaurant in New York. Another price fight is breaking out among the country's biggest burger chains, this time with meal combos designed to make people forget about the once ubiquitous dollar menus. (AP Photo/Candice Choi)

New York — Another price fight is breaking out among the country’s biggest burger chains, this time with meal combos designed to make people forget about the once ubiquitous dollar menus.

The new “bundled offers” show how hungry McDonald’s, Burger King and Wendy’s are to win over deal seekers, and how quickly a popular idea gets copied in the fast-food industry. The latest trend on the value front popped up in late 2015 after Wendy’s rolled out a “4 for $4 deal,” which includes a Jr. Bacon Cheeseburger, chicken nuggets, small fries and a small drink.

Last week, Burger King followed with a similar “5 for $4” deal, and McDonald’s introduced a “McPick 2 for $2” deal to kick off the new year.

“People look at what other folks are doing, and if they think they’re getting traction, they say we need to do a version of that,” said Tony Pace, former chief marketing officer at Subway who now runs a marketing consulting firm.

Though typically not big profit generators, promotional deals can steer people in the door who might not have stopped in otherwise. And chains do their best to make sure regulars stick to the pricier meals they usually order. At a New York City McDonald’s, an employee said she was told not to suggest the $2-for-2 deal, but wait for people to order it on their own.

The additional food tacked onto those bundled orders helps drive up sales as well. That’s what happened when Burger King tested its “5 for $4” deal in recent months, said Alex Macedo, who heads the chain’s North America business.

“We believe it’s going to be very profitable for franchisees,” Macedo said in a phone interview.

The new deals come after fast-food chains struggled to raise prices on value menus without scaring off customers, even as commodity costs rise.

McDonald’s shifted from its hugely popular Dollar Menu to a Dollar Menu and More that featured a range of prices. Steve Easterbrook, who took over as CEO this past March, conceded the company’s failure to come up with an adequate replacement for the Dollar Menu has hurt sales.

The company has said deal seekers still make up about 15 percent of the industry.

For now, McDonald’s said the “McPick 2 for $2” will run for five weeks, and that the details of the McPick offer will evolve over time. Burger King and Wendy’s haven’t said when their limited-time offers will end.