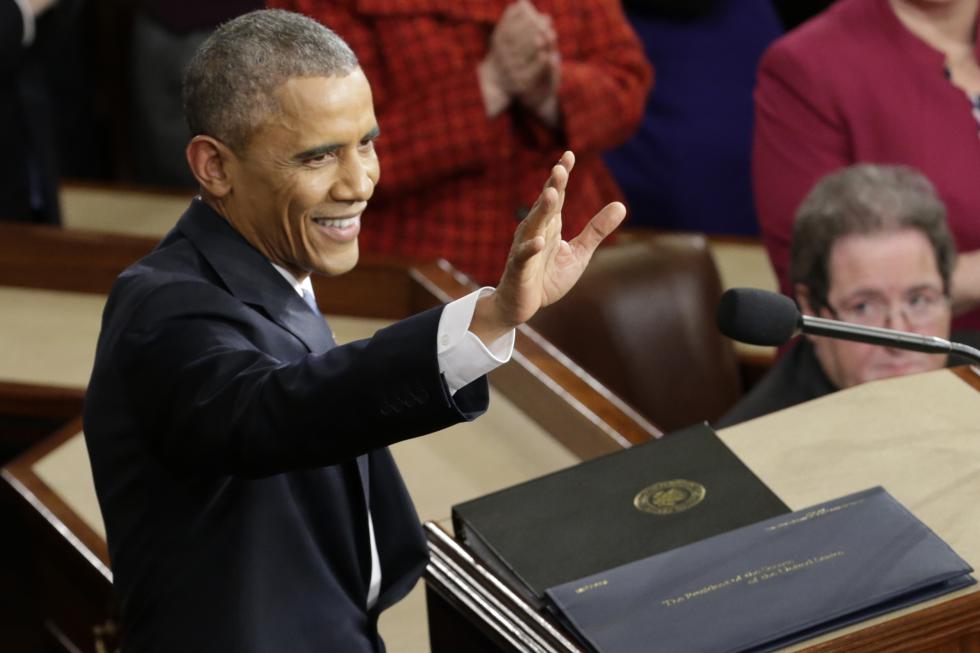 FILE – In this Jan. 20, 2015, file photo, President Barack Obama waves before giving his State of the Union address before a joint session of Congress on Capitol Hill in Washington. Obama will deliver his final State of the Union address Tuesday, Jan. 12, 2016, to a nation with a burgeoning job market, flat wages and two things that to the president’s dismay are rising: global temperatures and Americans’ concerns about terrorism. (AP Photo/Pablo Martinez Monsivais, File)