Once Rare, Cage-Free on the Rise 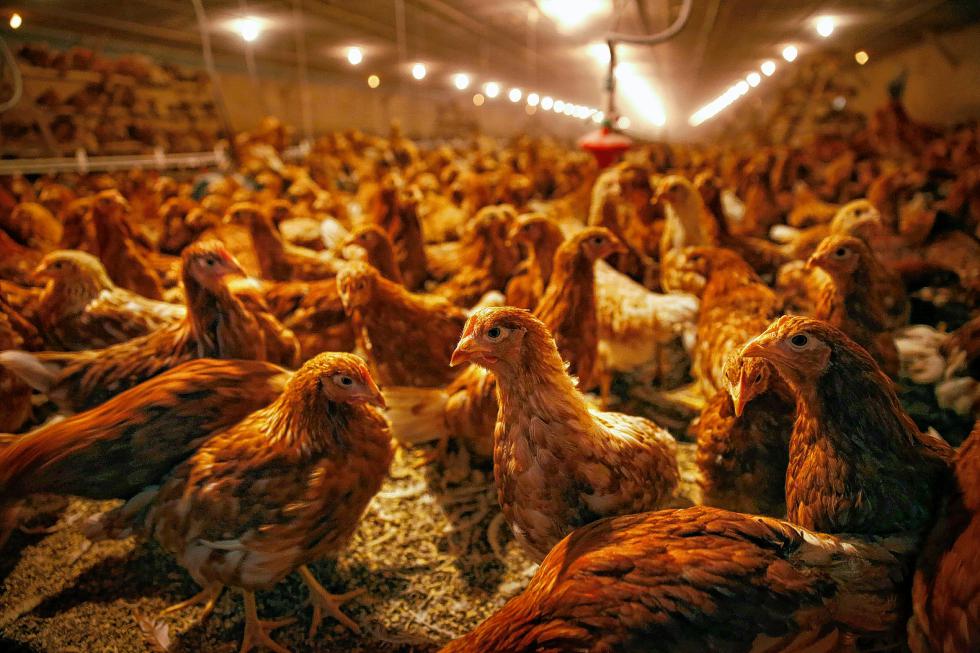 Forreston, Ill. — Inside a long barn next to rolling fields, Rod Wubbena looked out over 12,000 or so brown hens scratching in the wood chips and fluttering onto perches.

The chickens have always been cage-free at Phil’s Fresh Eggs, headquartered in the small farming town of Forreston in northwest Illinois, one of the first commercial egg farms in the U.S. to market and produce cage-free eggs.

Now that niche is vanishing.

“I always felt as long as there was caged egg production out there, there were going to be consumers that would buy Phil’s Eggs,” said Rod Wubbena, 58, who bought the family business from his father, Phil, in 2002. “Now the challenge is how do I make Phil’s Eggs different from everybody else that’s jumping into the pool?”

Almost every week, it seems, a major food company — Dunkin’ Donuts, General Mills and Taco Bell recently — announces its transition to cage-free eggs, amounting to a monumental shift in the industry. Hens shouldn’t be kept in cages that allow less space per bird than a piece of notebook paper, a familiar refrain from animal rights activists that’s resonating with consumers and driving companies.

Getting to this point hasn’t been a matter of simply opening the barn doors and setting the birds free.

The movement has pitted the egg industry against animal rights groups, with both sides flinging accusations of bias and wielding science to support their viewpoints. Cage-free hen housing systems can carry their own challenges, according to some research, like the birds’ propensity to peck and eat one another.

For companies making the switch, there’s also the feel-good public relations angle to consider, which is far simpler than the science.

“Enriched colony (another type of hen housing) doesn’t mean anything to our customers, but they know what cage-free means,” said Marion Gross, senior vice president of supply chain management for McDonald’s.

Gross cited “customer sentiment” as an important factor that led McDonald’s and its 2 billion-eggs-a-year purchasing clout to make the cage-free leap in September when it declared it would transition fully to cage-free eggs over the next 10 years. It was like a giant doing a cannonball into the pool. The ripples are still being felt.

“The biggest earthquake in the egg industry was the McDonald’s announcement,” said Paul Shapiro, vice president of farm animal protection for The Humane Society of the United States, which advocates for cage-free hen housing among many other animal welfare causes.

Shapiro called McDonald’s decision “the strongest signal yet to the egg industry that the future is without cages.”

McDonald’s did its homework before making the call. In 2009, the fast-food chain, headquartered in suburban Chicago, convened a group called the Coalition for Sustainable Egg Supply – which included major food companies, industry groups and scientists — to do a three-year study of hen housing systems. The study compared the cage-free aviary and enriched colony system (basically a larger cage with more features) to the small conventional cages that house most of the chickens in the U.S.

The conventional cages in the study allotted for 80 square inches per bird, compared with 116 for enriched colony and 144 in the cage-free aviary. Cage-free hens could access a “litter” area, where they could dust bathe and forage.

The study — funded by McDonald’s and other coalition members — compared housing systems along the lines of food safety, animal health and well-being, environment, worker health and safety, and affordability.

The study’s findings, released last year, didn’t recommend one system over another but identified pros and cons of transitioning from conventional cages to cage-free and enriched colony setups.

For example, chickens in cage-free systems had more freedom of movement, the study found, but also were more likely to have broken bones from failed landing attempts.

By giving the 10-year timeline, as other companies have, McDonald’s gave its suppliers time to mitigate such concerns, Gross said.

But the Humane Society blasted the study. In materials published online, it said the study was backed by industry interests invested in caged systems and the “approach to the study and the questions asked suggest that there was a preference for cage systems before the research even began.” The study was intended to be a starting point for further research as egg farms determine how to change with the times, said Janice Swanson, one of the study’s lead researchers. Air quality, hen mortality and overall cost were all challenges associated with the cage-free system identified in the study.

“I don’t think we’re there yet,” said Swanson, chair of the animal science department at Michigan State University. “Everyone can barrel into these systems, but there are some problems that need to be addressed.”

Cage-free egg facilities may not look like what many consumers envision, as Wubbena readily acknowledged on a recent tour of the Phil’s Fresh Eggs barns.

Inside the growing barn, the 12,000 13-week-old brown hens shuffled and strutted in the wood chips, kicking up dust. They were free to roam the cavernous structure, but most gathered in the middle of the vast building, leaving abundant space available on the sides of the barn. They drank water from a watering system, nibbled feed from a pan. Occasionally, a sudden movement from a bird set off a cacophony of squawks and flapping wings, quickly subsiding to gentler cooing and clucking.

Those in need of some personal space rested on wooden perches.

“Every flock is different. You could build two identical cage-free barns and get different results out of them,” Wubbena said. “That’s part of that learning curve the big boys are going to have to learn about.”

Once they’re 17 weeks old, the hens will be moved to one of the nearby laying barns. At 24 weeks, the hens will be at peak production age, laying an egg almost daily, Wubbena said, and will be kept until about 85 weeks, when they’ll be sent off to be processed for soups and other foods.

Today, Phil’s Fresh Eggs produces about 350,000 eggs per week, cleaned, weighed and packaged in a small plant in downtown Forreston. Beyond its own flocks, Phil’s also contracts with farms in northwest Illinois and southern Wisconsin, Wubbena said.

Phil Wubbena died in 2009 at age 79. In 2015, Rod sold the family farm to a larger Illinois egg farm, Pearl Valley Farms. Phil’s Fresh Eggs is now a subsidiary of Pearl Valley; Wubbena still runs the operation. He sold for reasons that include his health and his family. Wubbena, who is married and has two young daughters, said he didn’t feel he had an heir in place to take over the farm. But he also felt it necessary to consolidate to survive, given the changing industry.

With Pearl Valley, Phil’s Fresh Eggs is working on its next niche, Wubbena said, which involves enhancing the nutritional value of the eggs through the feed given to the birds. Eggs and liquid egg products bolstered with omega-3 essential fatty acids represent the future for Phil’s Fresh Eggs.

Before he died, Phil Wubbena saw the “outcroppings of the egg industry’s incredible turn from cages to cage-free,” his son said.