Streaming TV Costs a Lot Less Than Cable, but Choosing a Service Has Proven Frustrating 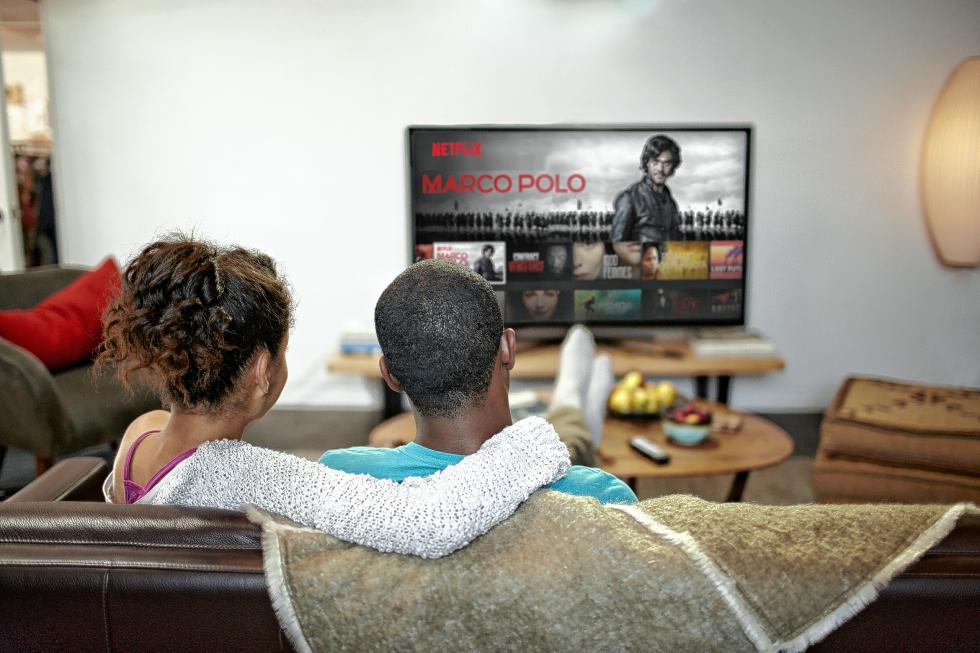 As more and more people opt for streaming services instead of pay-TV subscriptions, big media companies are eyeing ways to tap into the large and potentially lucrative market. (Photo courtesy Netflix/TNS)

Like millions of other consumers, Evan Hartstein was fed up with pay TV.

The 40-year-old father of two was paying nearly $250 a month for a bundle of phone, high-speed Internet and hundreds of cable channels that he and his family barely watched.

So Hartstein and his wife recently ditched their standard cable TV subscription and instead signed up for Sling TV, Netflix and a few other streaming services. Their monthly bill was cut in half.

“I got to the end of my rope,” said Hartstein, of Scottsdale, Ariz. “I just wasn’t getting the value out of it. We’d watch maybe 10 channels total. Why do that when there’s this whole world out there where you can pick and choose just the stuff you want?”

Hartstein’s decision was made easier because of a flood of Internet streaming services that allows consumers to cobble together their own video packages. There are more than 100 Internet video services operating in the U.S., with at least 40 percent launching during the last two years, according to Dallas consulting firm Parks Associates.

Although Netflix, Hulu and Amazon Prime kicked off the streaming revolution, the field is getting more crowded with new entrants serving up niche programming including wrestling, Japanese anime and South Korean soap operas.

The new TV landscape is forcing traditional media companies to join the fray. To keep up with changing viewer habits, major networks — including CBS, HBO, Showtime and Spanish-language Univision Communications — have put aside concerns about potential cannibalization of their traditional channels and embraced this so-called over-the-top delivery of television programming.

NBCUniversal launched this month its $3.99-a-month comedy channel dubbed SeeSo, and other major networks are expected to follow with their own channels. Even Lucas Oil Products is rolling out a streaming site for motor sports enthusiasts called LucasOilRacing.TV.

“The proliferation of devices and the low cost of these services have finally enabled people to have real choice,” said Adam Ware, head of digital media at the Tennis Channel, which launched its streaming product in 2014. “And it has happened faster than anyone expected.”

The sheer number of options, however, can be overwhelming for many consumers who are used to making one payment for their TV service. The offerings and prices for different services vary widely, making it difficult for consumers to comparison shop. Some services, such as Sony Pictures Entertainment’s Crackle, are free, while others, including Univision and LucasOilRacing.TV, extend discounts to customers willing to pay for a full year in a lump sum rather than monthly installments.

“Consumers, by and large, are delighted by the opportunity to get more control,” said Brett Sappington, director of research of Parks Associates. “But the challenge comes from finding all of that content. You have to go into each service to find out if the content you want to see is available.”

Fueling the streaming mania is the spread of high-speed Internet capable of delivering high-quality video, an increased appetite among viewers to watch video on their tablets and smartphones, and the popularity of the services themselves.

“Consumption patterns are changing and that’s why we are seeing this proliferation of channels,” said Todd Supplee, a partner at PwC’s entertainment and media practice.

Parks Associates estimates that 98 million homes in the U.S. have high-speed Internet connections. Now, an estimated 15 percent of American adults are considered “cord cutters,” people like Hartstein who dropped their pay-TV subscription, according to a Pew Research Center report in late December.

Another growing group —a younger-skewing crowd known as “cord-nevers” — represents about 9 percent of American adults. They have never subscribed to TV channels offered by a cable, satellite or telecommunications provider.

The Pew study found that young adults, those ages 18 to 29, are the least likely to pay for cable or satellite TV.

Netflix, YouTube and other Internet options have become the entertainment destination of choice for many young adults. This cohort is more attached to their phones than the big screen in the family room.

“2015 will be remembered as the year that the disruption hit everyone,” said David Nevins, president of Showtime Networks Inc., which launched its own stand-alone streaming service last summer to attract customers who don’t already subscribe to a premium cable package.

With an estimated 10 million homes in the U.S. that have high-speed Internet but not a pay-TV subscription, big media companies have been eyeing a large and potentially lucrative market to tap.

“We are looking at evolution — and we need to be where our audiences are,” said Jim Lanzone, president of CBS Interactive, which manages the network’s $5.99-a-month video-on-demand and live-streaming digital channel, CBS All Access. The service has a trove of thousands of show episodes, including NCIS, The Good Wife and classics such as The Brady Bunch. And plans are in the works for a remake of Star Trek.

“We have room to expand the canvas to include programs unique to digital that we don’t have room for on the broadcast network,” Lanzone said.

But as streaming services multiply, some consumers complain about the difficulty of navigating the dizzying array of services. Adding to customer confusion is a tangle of licensing rights, which has led to inconsistencies and different tiers of service.

Hulu, for example, has a basic plan with shows that contain ads for $7.99 a month. The firm also offers an $11.99-a-month plan that it bills as “no commercials” even though a handful of ABC prime-time shows, including “Grey’s Anatomy,” still carry ads.

CBS All Access provides a live feed of network programming, but it lacks one of CBS’ most popular attractions — NFL football — because the network has not secured the rights to stream the league’s games.

The new distribution platform can change a mostly passive activity, watching TV, into one that requires research and familiarity with apps.

And then there is the cost. For example, high-speed broadband plans offered by major Internet service providers, including AT&T, Time Warner Cable and Cox, can range in price from $35 a month to nearly $120 a month. Some companies have limits on the amount of data used, which can be exceeded by streaming hours and hours of video. Subscribing to several streaming services also can run up the bill.

“It’s still pretty hard to slap together a few of these services and get more or even the same as what you get from the cable box,” said Doug Creutz, a media analyst with Cowen & Co.

Hartstein said he pays for Netflix, Amazon Prime and Dish Network’s Sling TV, which, with his subscription for broadband Internet, costs about $100 a month.

He has considered taking YouTube’s new subscription service Red for his children but hasn’t taken the plunge.

“I’ve noticed things are becoming too fractured,” Hartstein said. “It’s going to get to the point where people are going to go: I’m not paying $10 a month for 10 stand-alone apps. I mean, you may as well just go back to cable.”