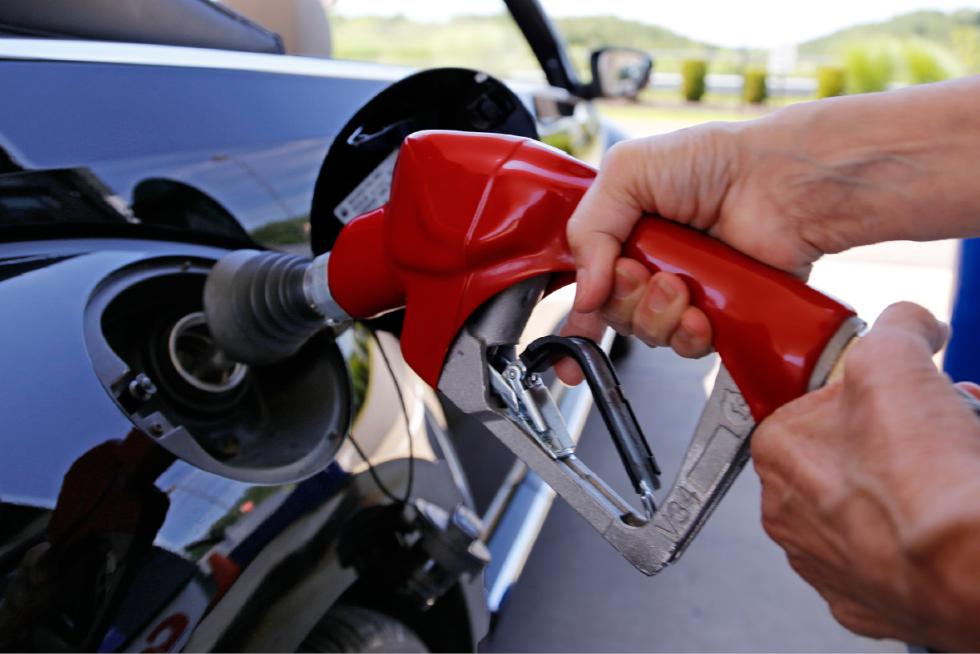 FILE - In this Thursday, July 16, 2015, file photo, a customer re-fuels her car at a Costco in Robinson Township, Pa. The plunging price of oil in 2016 is dragging stock markets to their worst start to a year ever, even though low fuel prices are great for consumers and most companies. (AP Photo/Gene J. Puskar, File) 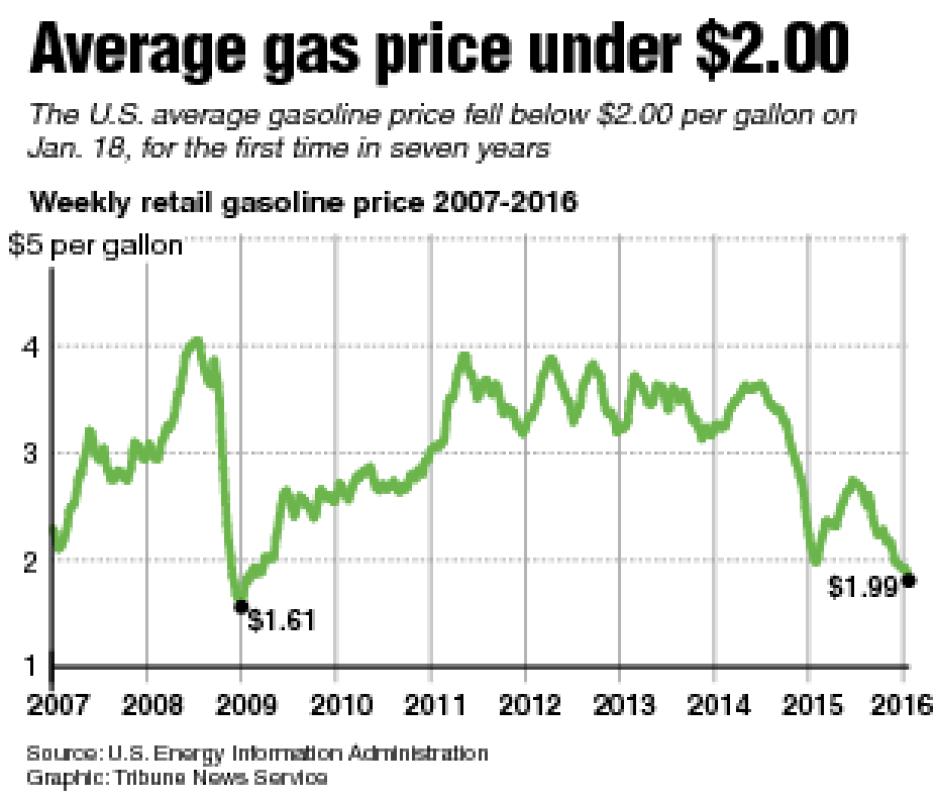 Stocks are having their worst start to a year in history in part because of a rapid plunge in the price of oil. The price of crude is down 28 percent this year already, which in turn has dragged down energy company shares in the Standard & Poor’s 500 index by 13 percent, which has helped pull the overall index down 9 percent.

This even though low oil prices — and the cheap prices for gasoline and other fuels that result — are wonderful for consumers and many companies.

“It seems ironic that in the run-up to the global financial crisis we were worried about oil prices being too high in 2007 and 2008. Now we’re worried about them being too low,” said Julian Jessop, head of commodities research with London-based researchers Capital Economics Ltd.

The drastic drop in oil and stock prices stands in contrast with a U.S. economy that, on the whole, is doing pretty well. U.S employers created 292,000 jobs in December, and few economists see the economy sliding into recession.

Here’s what experts think is going on.

Why Is Oil So Low?

Because there is so much of it.

A long run of high oil prices inspired drillers to develop new techniques and to go to new places to find more oil, and they succeeded. In the U.S. improved oil drilling technologies known generally as fracking have added more oil to the global market than the total production of any other nation in OPEC other than Saudi Arabia.

Producers in the U.S. and abroad haven’t cut back production very much, despite the low prices, and now the lifting of international sanctions against Iran could send more oil flowing into markets that are already awash in crude.

U.S. stockpiles are at their highest level in at least 80 years, and the International Energy Agency predicts that during the first half of this year global oil supply could outstrip demand by 1.5 million barrels per day.

Demand for crude has been growing steadily, but that may not last because economic growth in China, the world’s second-largest oil consumer after the U.S., is slowing.

Analysts estimate that profit for all S&P 500 companies in total are on track to be down a recession-like 5.8 percent for 2015. But if energy companies were removed from that figure, S&P 500 profits would be up a very healthy 5.7 percent for the full year.

That profit drop directly leads to lower share prices that drag down entire indexes. Two of the biggest oil companies in the world, Exxon and Chevron, are part of the 30-member Dow Jones industrial average. Of the 20 biggest share price losers in the S&P 500 this year, 13 are energy companies.

Investors are also selling shares of companies that may have exposure to the oil industry, like certain banks. And the price of oil has now fallen so low that investors are also worried that it could mean global economic growth is much weaker than expected, which could hurt all companies.

It depends on why prices are lower.

If they fall because new supplies have been found, it usually helps the broader economy, and markets held up fairly well during oil’s big slide from over $100 a barrel in 2014 to under $50 a barrel last year.

“In the long run, lower oil prices should be positive or at worst neutral for the world economy because all they’re really doing is transferring income from oil producers to oil consumers,” Jessop says.

But this latest plunge in prices to under $30 a barrel has investors worried that oil prices are falling because global growth is slowing, as businesses and consumers in many developing countries, particularly China, cut back on spending. Bruce Kasman, chief economist at JPMorgan Chase, says that steep drops in oil prices have historically been a sign of a weakening global economy.

Also, U.S. consumers have remained cautious about spending the money they aren’t putting into their gas tanks, which limits the benefit to the broader economy. Americans saved 5.5 percent of their incomes in November, up nearly a full percentage point from a year earlier.

Kasman estimates that U.S. spending grew at a tepid pace of just 1.5 percent in the final three months of last year. “There’s no doubt that the consumer spending growth figures for the U.S., Europe and Japan have disappointed,” he said.

Some of that likely reflected a temporary drag from warm weather, as Americans spent less on winter clothing and utilities. That could turn around in the first quarter, giving the economy a lift, Kasman said.

Delta Air Lines told investors this week that bookings for this spring are ahead of last year’s pace because cheaper gasoline means consumers have more money.

Could This Lead To Broader Turmoil?

It is already having some ripple effects, but the energy market isn’t nearly as big or far-reaching as the housing market.

When oil prices were high, lots of banks, including some of the biggest on Wall Street, made loans to energy companies to finance drilling in North Dakota, Texas and elsewhere. Dealogic estimates that the oil and gas industry has roughly $500 billion in outstanding debt. According to the Federal Reserve, there is $11 trillion in outstanding residential mortgage debt.

Still, some are feeling it. Oil company cash flow is slowing, and companies are finding it harder to repay their loans. Oil and gas company bankruptcies are rising, and the entire market for so-called junk bonds has been shaken as a result of energy company defaults.

JPMorgan Chase, Wells Fargo, Citigroup and Bank of America all had to write down the value of energy loans or set aside more money to cover losses. BofA executives told investors this week that energy loans were roughly 2 percent of its total loans. Smaller regional banks could to be more exposed relatively than the big Wall Street banks.

Is There a Good Oil Price?

Jessop said he thinks a price of about $60 a barrel would do the trick. “High enough to keep the main producers in business but low enough to provide a real boost to the incomes of consumers,” he says. He expects prices to return to that level by the end of next year as oil companies pare back exploration and the glut is worked off.