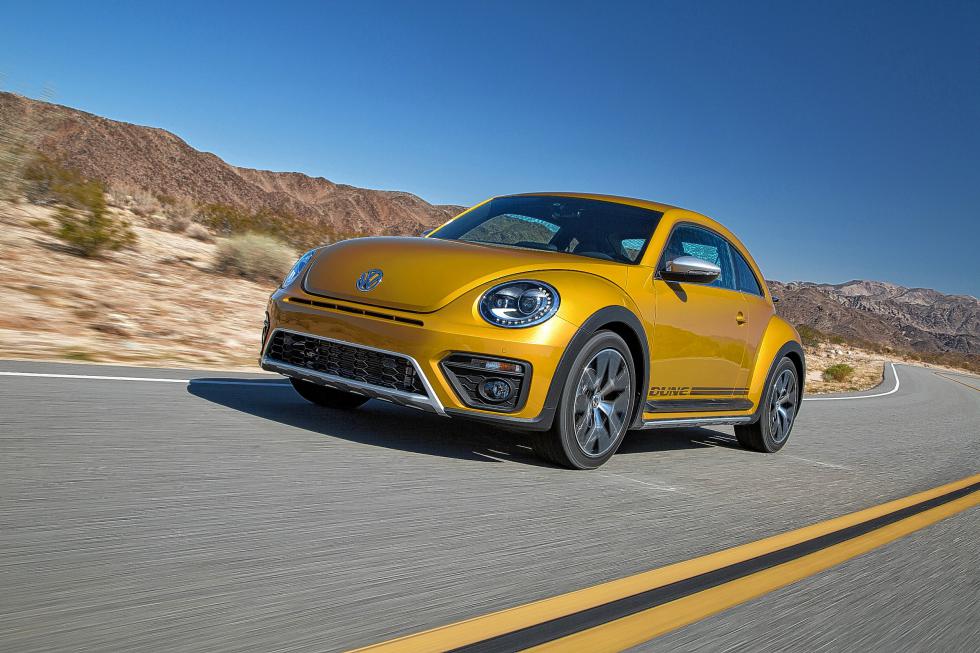 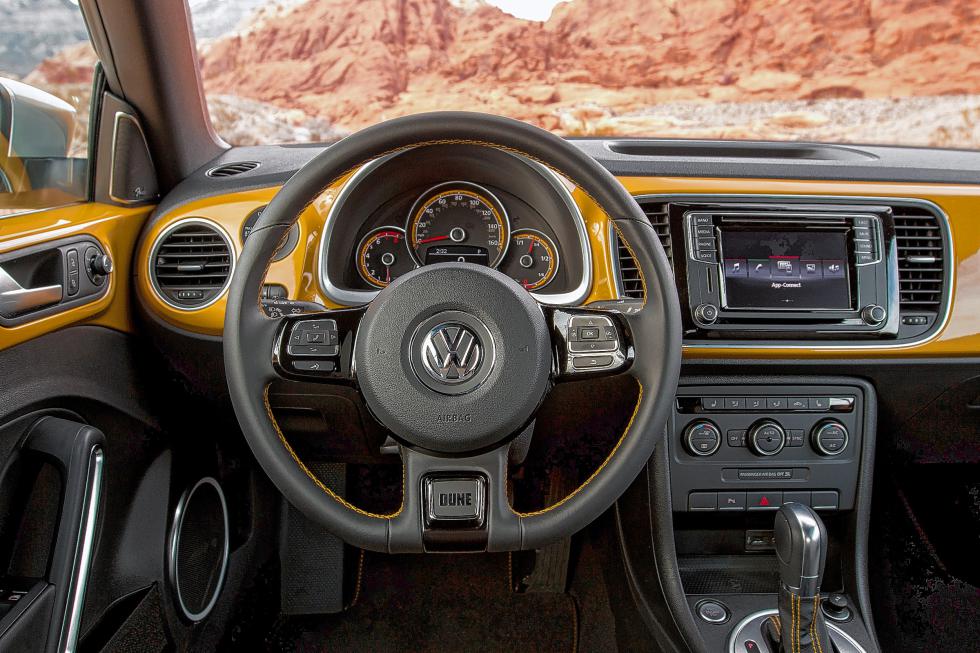 Since its rebirth in 1998, the Volkswagen Beetle has been the subject of a key question for those possessing a Y chromosome: Are you man enough to drive one? Its Hello Kitty styling is a bit emasculating.

This is no small thing.

While the Beetle was originally created under the auspices of the Nazi party and engineered by Ferdinand Porsche, its popularity in the 1960s came about — improbably enough for a product created by anti-Semites — at the hands of a bunch of Jewish mad men on Madison Avenue. And while the Beetle was a hot-seller back then, the current car’s sales are much like the car itself, a faint reminder of the original.

Of course, much has changed since Hitler’s Strength Through Joy Car captured the imagination of ‘60s-era car buyers who had become bored by Detroit’s offerings. Where Americans, especially young ones, were once infatuated with coupes, they are now fascinated by utility vehicles.

So if you’re trying to sell a coupe, why not tart it up to give it a more utility-like appearance? Makes sense, right?

Of course it does.

That’s why we now have the 2016 Volkswagen Beetle Dune, which is based on the Baja Bugs that first ventured off-road into the dunes of the West Coast some 40 years ago. But unlike those bugs, which were born in the aftermarket, the Beetle Dune comes straight from the factory with some rather butch accoutrements, none of which are much use off-road.

It starts with a more sporting appearance, which includes wheel arches accented in black trim, polished aluminum sills, revised front fascia with a large air intake, and a ride height that’s been raised 0.2 inches. The rear track is also 0.2 inches wider, which along with LED lights, a rear spoiler and 18-inch wheels, lends the Dune a tougher look for those who have always liked the Beetle but couldn’t bring themselves to buy a car that’s so huggable.

Even the colors are palatable, with the Dune being offered in three colors: pure white, deep black pearl and sandstorm yellow. If you choose the yellow, which looks like deli mustard, the hue is continued inside.

Like other Beetle models, the Dune features the newest Volkswagen infotainment system, which features a 6.3-inch touchscreen and a proximity sensor that pulls up essential on-screen buttons when it senses a hand nearby. It’s a huge improvement over the previous system and, along with the multi-function steering wheel, proves to be one of the industry’s better systems. Best of all, it supports Apple CarPlay, Android Auto and MirrorLink smartphone integration.

And, as with other Beetles, you’ll find the Dune’s basic package familiar. This is a two-and-two coupe with good room for two people, along with two more very understanding friends or family members. The seats are fairly comfortable, although more side bolstering would be nice. Headroom is generous; legroom is as well, but using the latter eliminates back seat legroom.

Being that modern-day Beetles are stylish hatchbacks, not notchbacks like the rear-engined original, they offer decent cargo space, but the rounded sheet metal robs the car of some its practicality.

But if you want more practicality, you can always just buy a Golf. As it turns out, the Beetle Dune is little more than a Golf with a little more ride height. Like the Golf and Jetta, the Dune is powered by a 1.8-liter four-cylinder engine rated at 170 horsepower and 184 pound-feet of torque and mated to a six-speed automatic transmission. An automatic post-collision braking system is standard, which applies the brakes if the car senses that a collision is imminent. In addition, the Beetle comes with stability control, a host of air bags and other safety systems.

Of course, if you were expecting the Beetle Dune to behave differently than other Beetles, you’d be mistaken.The Dune’s added ride height doesn’t detract from the Beetle’s well-tuned suspension, which offers up an absorbent ride and the steadfast demeanor you’d expect of a German car. Deteriorating roads are handled in stride, without additional body motions or rocking.

There is some body lean in corners, but it’s mild, and comes on progressively. The Beetle Dune feels athletic and agile, especially for urban duties, with a fairly good turning radius for a front-driver. Road noise is noticeable, especially at highway speed, although engine noise is minimal.

The engine and transmission are responsive, and the driveline is never lacking for power, particularly with the transmission in post mode. It’s a package that’s easy to live with and love, and offers the Beetle buyer something unique. And its added ride height will be appreciated by those who live in snowier climes.

For now, you can only get the Dune as a coupe; a convertible will come later in the model year.

And while the car may recall the Beetles that plied the beaches of Baja, its biggest market may be in the northern tier of states.

But is it butch enough for bros? That’s up to you and your ego.