Single-Cup Coffee Trend May Be Over 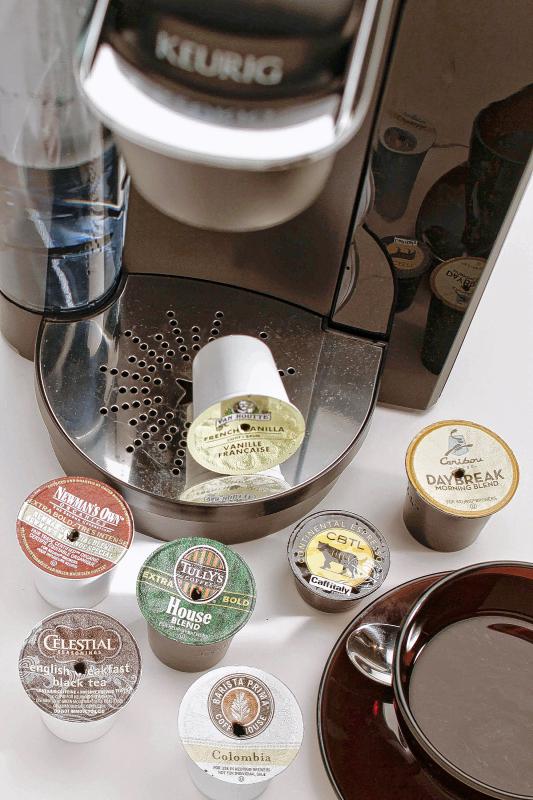 The popularity of single-cup coffee makers is soaring, but even the industry admits that there's room for improvement when it comes to the impact on the environment. (Ricardo DeAratanha/Los Angeles Times/MCT)

America’s favorite coffee trend is finally coming to an end

Several years ago, coffee pods seemed invincible. Sales of the single-serve cups were skyrocketing, more than tripling in the United States between 2011 and 2013 alone. Sales of coffee pod machines, meanwhile, were soaring too, growing from 1.8 million units to 11.6 million between 2008 and 2013, according to data from market research firm Euromonitor.

Today, however, things aren’t looking quite so rosy for coffee in its most convenient form.

Last week, Keurig, which dominates the U.S. market for both coffee pods and coffee pod machines, announced that it sold 7 percent fewer machines during the holidays than it had the year before, the sixth straight quarter in which unit sales fell. The news was particularly disappointing given how crucial the holiday season is for the company.

Machines weren’t the only thing hurting Keurig’s bottom line, though: its K-cup coffee pods aren’t selling like they used to either. The company said unit sales of its pods fell for a second straight quarter, an ominous sign considering the little guys are responsible for roughly 80 percent of Keurig’s sales.

The decline is partly a problem of Keurig’s making. The company, concerned that copycats — which emerged after a slew of patents expired in recent years — were eating into its business, launched the Keurig 2.0 in late 2014, a pricey new machine that only works with company-approved pods.

The bet was that by controlling the market, it could better defend its territory. But the move backfired, leading to a 22 percent drop in machine sales in the first three months of 2015. Customers weren’t thrilled, which they have communicated, sometimes angrily, in reviews on Amazon.

But Keurig’s problems are likely also emblematic of a bigger trend. Coffee pod sales grew quickly during the recession, as Americans shifted to single-serve as a cheaper alternative to buying coffee out at restaurants and other food service establishments. It also didn’t hurt that coffee pods are efficient (they are associated with less coffee waste) and convenient (press a button, and voila!).

But the circumstances that allowed for such impressive growth are changing.

“With the improved economy we are experiencing today we believe the window of opportunity for pods is closing and the growth will stall in the next five years,” Eric Penicka, an industry analyst with Euromonitor, told Food Navigator USA last year.

Americans, suddenly finding themselves with fatter wallets, are paying to buy coffee prepared by other people again.

It’s also possible people haven’t taken kindly to the realization that Keurig’s coffee pods aren’t quite as environmentally friendly as one would hope.

Only 5 percent of the pods made by Green Mountain, which purchased Keurig in 2006, were recyclable as of 2014. The company promised to fix this by 2020, but in the meantime that means unseemly amounts of pods are adding to the already heaping piles of landfill in the country. Murray Carpenter, whose 2014 book Caffeinated chronicles our collective addiction to caffeine, did a good job of putting coffee pod waste into alarming perspective.

There were enough K-cups thrown out in 2011, according to Carpenter, to encircle the globe more than six times. Today, K-cup trash could wrap around the earth more than 10 times.

Coffee pods aren’t dead just yet — they still make up about a third of all coffee sold in the United States. Nor are the machines that use them-an estimated 25 percent of American households owns a pod machine. But their future isn’t looking quite as bright as pod makers might hope.

Thus far, that has led to a more than 40 percent drop in Keurig’s stock price since its peak in late 2014. But going forward, it could actually prove a blessing for the coffee industry. The rise of coffee pods has caused a financial headache for coffee bean roasters and growers, who help supply the largest market in the world with its fix.

That’s because Americans have traditionally brewed their coffee using drip machines, which are profitable for roasters but terribly inefficient (waste was such a well known contributor to coffee sales that industry folk used to joke that “the sink was the world’s largest coffee consumer”).

Coffee pods, which are incredibly efficient by comparison, have pushed people to make only what they plan to drink.