A Smarter, Sleeker Hybrid From Toyota 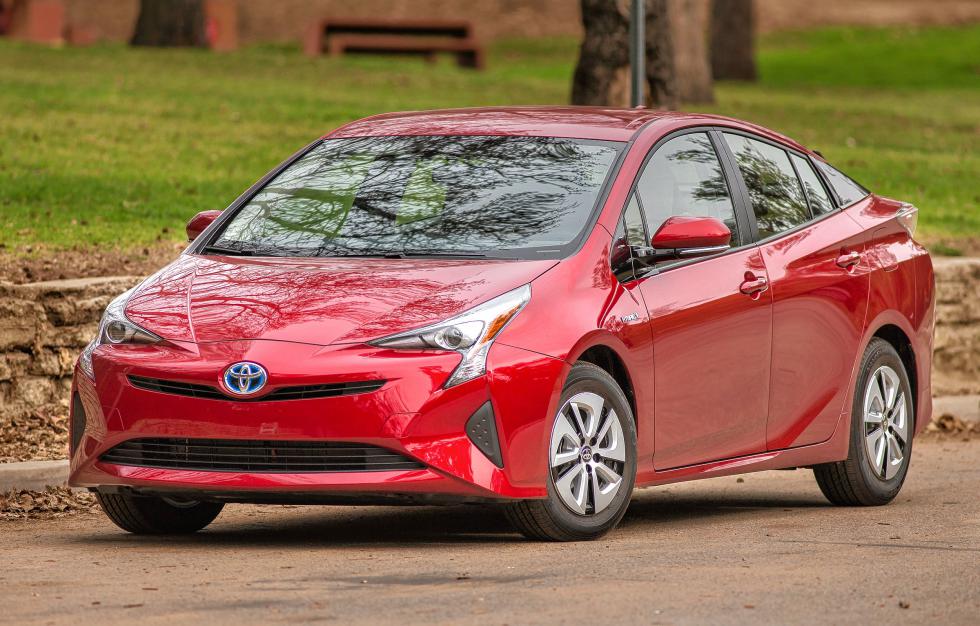 The 2016 Toyota Prius. The hybrid has a 1.8-Liter, 4-cylinder Aluminum DOHC 16-Valve with Variable Valve Timing engine that puts out 95 horepower and 105 pound-feet of torque. The front wheel drive car weighs 3,080 pounds, gets a combined city-highway 52 miles per gallon and can seat 5 people. The MSRP is $30,000. (Jeff Amlotte/Los Angeles Times/TNS) 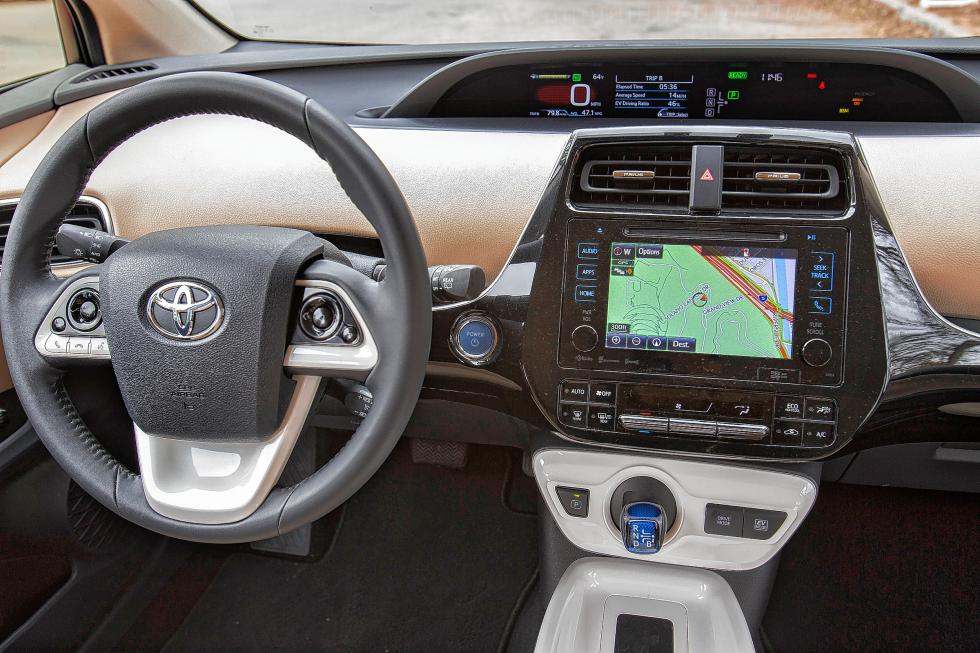 Back in the dark days of automotive history, fuel was cheap and plentiful and Detroit dinosaurs ruled the Earth.

Then the Prius came along, offering the first practical hybrid solution, and became the bestselling car in California.

Almost a decade later, fuel is cheap and plentiful again, and a changed world awaits the latest iteration of the world’s most successful hybrid.

Since the debut of the original, the road has become busy with nontraditional-powertrain vehicles. Almost every major manufacturer makes some kind of hybrid, which is now available in almost every kind of vehicle. And joining the hybrids are flocks of battery-electric Teslas, plug-in Leafs and Volts, and hydrogen fuel cell Mirais and Claritys.

The groundbreaking technology of 2007 is now passe. How can a simple, old-fashioned Prius compete?

The 2016 Prius Four is a smarter, sleeker version of the car some have dubbed the most boring vehicle in the world. No longer ugly, the new model looks more like a sensible sedan and less like a science experiment.

Powered by a 1.8-liter, four-cylinder engine supported by an electric motor and a lithium-ion battery, the Prius gets great mileage — an estimated combined city-highway 52 miles per gallon.

Unlike the power plants in earlier Priuses, the engine in the Four actually feels like an engine. Toyota said it puts out 95 horsepower and 105 pound-feet of torque. Zippy around town, it’s more fun to drive than earlier versions, and on the freeway will accelerate from 65 to 75 mph and pass another vehicle.

Also unlike its predecessors, the Four fits five comfortably. A really tall passenger might wish for more headroom, but the average adult should be fine. The 60-40 rear seat split also will allow cargo loading through the rear hatchback gate.

But like previous versions, the Prius drives a little heavier than its 3,080 pounds would suggest. That’s a few hundred pounds more than a Civic, a few hundred less than a Camry, but if feels stodgier than either of those two cars. Despite independent MacPherson front struts, the handling and cornering are somewhat sluggish.

It’s also little loud. At freeway speeds, the road noise may find you cranking up the volume on the radio or raising your voice to make the kids hear you say, “Don’t make me come back there.”

The Four also has some of the visibility issues that bothered owners of earlier models. Its high interior lines had me a little nervous on narrow streets, and its split rear window had me relying entirely on the backup camera in tight parking spaces.

This top-of-the-line model has amenities that help explain the price difference between the $24,000 Prius Two and the $30,000 Prius Four.

A keyless ignition senses your approach and unlocks the door (and turns on the interior lights) before you arrive.

It even has a wireless phone charger in the middle of a center console that Toyota calls “futuristic,” though the interior design seems more inspired by the original Star Wars than the 2015 reboot. And the charger is not compatible with the iPhone.

Despite those quibbles, this is the best Prius yet. It may not be as chic or cutting-edge as it once was, and it may be facing tremendous competition from other hybrid brands that may be sportier, sexier or more affordable, but it’s the most road-tested hybrid on the highway.

The mileage is still a big part of the appeal. Through a week of commuting in the Prius, I found I had trouble getting the onboard computer to report more than about 35 mpg as I humped up and down steep hills.

But after I learned to be gentler with the gas pedal and had a day of testing on mostly flat roads, the average for the week climbed to 49 mpg.

For Toyota, the Prius is still an important vehicle. The company earned its green bona fides with it and made plenty of greenbacks to boot. According to automotive research and sales company TrueCar, sales of the Prius hit a high point of 236,655 units in 2012, falling only slightly to 234,228 in 2013.

Most of those were for the traditional Prius, which dwarfed the plug-in and station wagon versions.

So what are the new vehicle’s chances in the marketplace? It may come down to marketing and gas prices.

“The new Prius is far more engaging in terms of driving dynamics, but selling the Prius as a ‘driver’s car’ will be tough, and its mid-50 mpg claims aren’t as impressive as they were a decade ago,” said Karl Brauer, senior director of auto industry insights for Kelley Blue Book. “Right now every hybrid, including the all-new Prius, is facing a market hungry for SUVs and trucks, both of which are easy to keep fed on $2-a-gallon gas.”

On the other hand, Toyota has kept a lot of these hybrids on the road, humming along after a decade in service. Many consumers who might have been nervous about the new Prius technology in 2007 now accept a hybrid without blinking. If the price of gas starts to climb, so will Prius sales.

Our take: The world’s best selling hybrid — and the dullest

Highs: The sleekest, speediest Prius yet