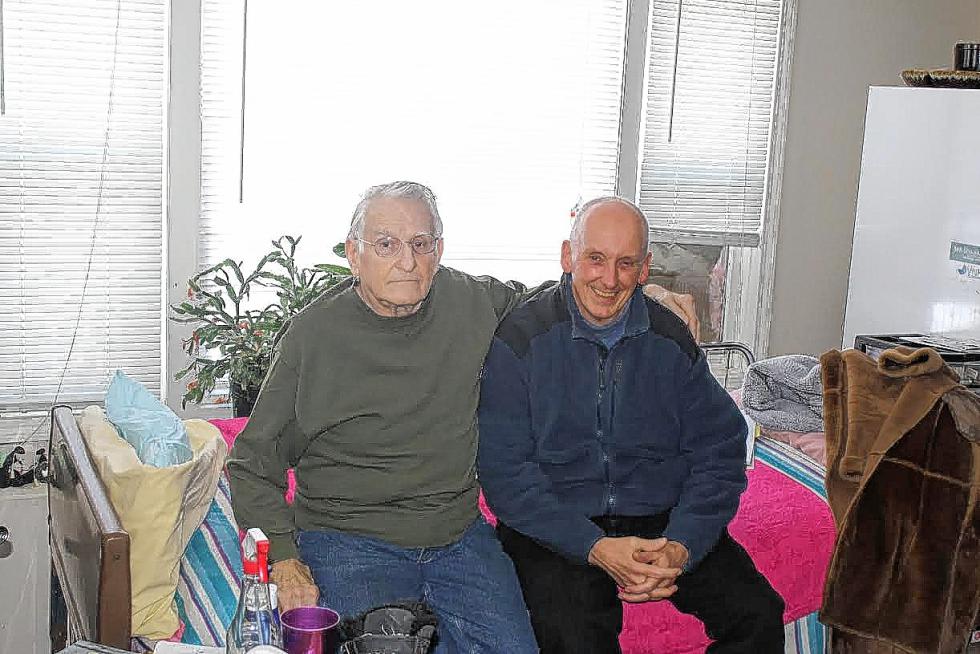 Lebanon — L ast fall, David Karvonen had a series of surgeries, including one to fix a problem with his hip: An operation decades ago had left him in “ferocious pain.”

“I went through so much hell” having all that surgery, the 77-year-old White River Junction resident said. But Dan Moriarty, a volunteer with ElderFriend, a new program at Alice Peck Day Memorial Hospital, helped him endure.

“He and I talked things over,” and Moriarty told him not to give up, said Karvonen, a former marathoner who now feels “disgustingly healthy.” ElderFriend is “a wonderful thing,” Karvonen said. “I’m glad I got into it.”

Part of a broader APD initiative to help seniors age in place , the program pairs community members with homebound patients of the hospital’s senior care team. And like the staff members, the volunteers make house calls.

Moriarty spends a few hours a week with Karvonen, a fellow Army veteran, visiting and pitching in with tasks such as weeding his prodigious garden. Karvonen makes his own salsa and puts up more than 100 jars of tomatoes every year.

“It’s really amazing, the amount of produce he’s able to pull out of there,” said Moriarty, a Lebanon resident.

The work brings him back to the days when he was “a young whippersnapper social worker,” said Moriarty, 67. “It’s energizing. Hopefully I can help him.”

The men are among the earliest participants in the ElderFriend program, which started with seven pairs in May.

“I was looking for relevancy in my life,” Moriarty said. “After you retire you still want to think that you have something to offer.”

And the mission appealed to him. “I think it’s a great opportunity for people to help others remain in their own homes as they age … rather than have to go to an institutional setting.”

The men have been a good match. “We get along very well,” Karvonen said.

A Ludlow, Vt., native who grew up “here and there,” Karvonen’s career spanned industries from mining to plastics injection molding to machine tools. He’s quick to share stories from his life and work, which took him all over the country.

“I wanted to know what goes on from Bum Luck, Alaska, to Moose Droppings, Maine,” he said.

A “man of many interests,” Karvonen used to read the Encyclop a edia Britannica just for kicks , Moriarty said. “He can spout out facts and figures for you.”

During one visit, Moriarty described getting stuck in a blizzard in Wyoming, including what he thought was the altitude at the site. But Karvonen corrected him.

“He was right,” Moriarty said.

Volunteers are needed for ElderFriend. For more information, contact Peggy Cooper at 603-448-7456 or cooperm@apdmh.org, or go to http://www.alicepeckday.org/about/volunteer.