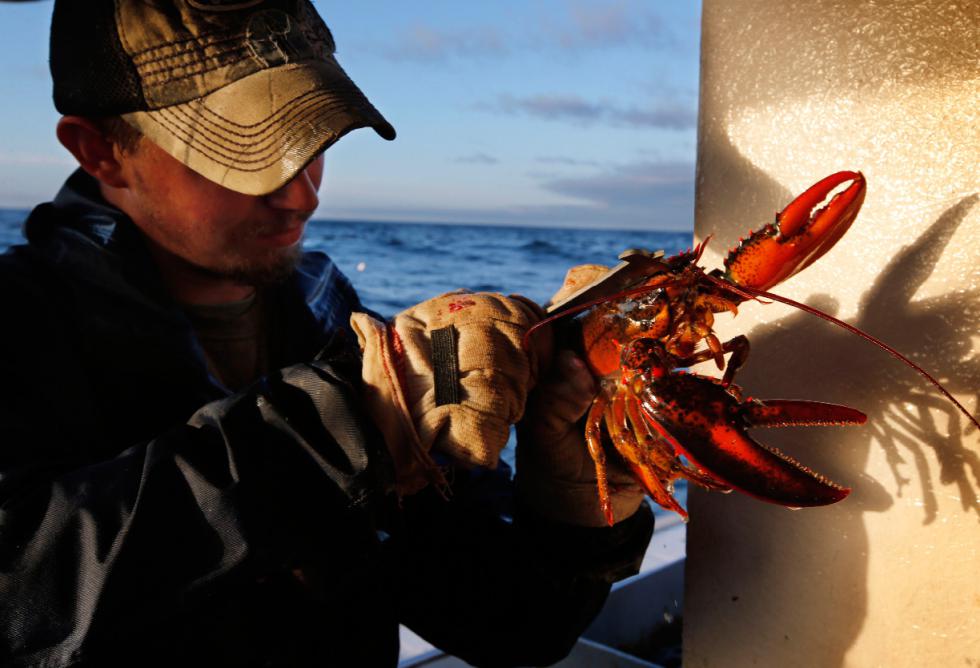 FILE – In this July 29, 2014 file photo, Brandon Demmons measures the carapace, the shell of the lobster, to determine if the crustacean is within the legal size limits while working as a sternman aboard aboard a lobster fishing boat off of Monhegan Island, Maine. Maine’s lobster catches will likely peak early this year, which could mean an abundance of cheap lobster for consumers and bad news for the state’s signature industry, a group of scientists reported on Thursday, March 3, 2016. (AP Photo/Robert F. Bukaty)